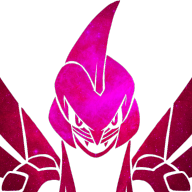 Stay positive · 32 · From somewhere in spacetime

Last seen
Yesterday at 6:11 AM