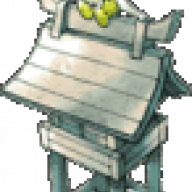 Staff member Admin
And, as if by magic, the webmaster appeared... · 36 · From Bournemouth, England