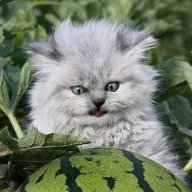 it's about the CUBES · 22 · From rocky mountains

Last seen
Yesterday at 9:02 AM