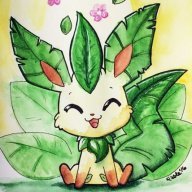 Seasons, they turn.. · From Discovering the World