Air Ballon? Screw that, I have Zapdos!

This a team for the Wi-Fi OU teir, it is mostly about helping Heatran get a sucessfull sweep while covering his weaknesses.


I first wanted to start with a good lead that could set up screens and rocks, and my imidiate thought was Bronzong.

With Bronzong's only weakness being Fire, I saw that Heatran could easily switch in and get a fire boost to help him sweep.

I noticed a crippling weakness to ground with Heatran, and wanted to find something to laugh at ground types, and I settled on Zapdos.

I then wanted another special sweeper that did not to set up and cover fighters, and I thought of Latios.

I also wanted a physical attacker that was not choice-locked, and after some thinking, I decided on Mamoswine.

And lastly, I wanted something with a lot of raw power to wrap up loose ends, and chose a personal favorite, Gallade.

And now for a more detailed look: 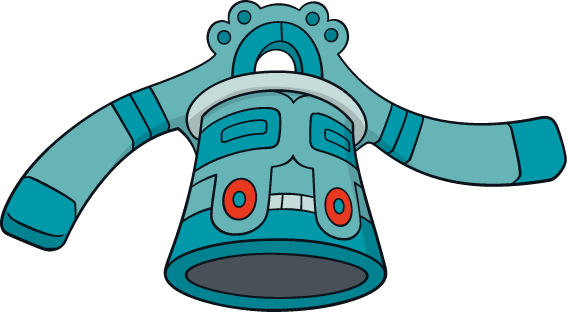 Bell Boy (Bronzong) @ Light Clay
Trait: Levitate
EVs: 252 HP / 56 Atk / 200 Def
Relaxed Nature (+Def, -Spd)
- Gyro Ball
- Stealth Rock
- Reflect
- Light Screen
He is there to set up dual screens and rocks, and Gyro Ball stops him from being Taunt. The EVs are to give him a lot of bulk and to give Gyro Ball a little more bite. He also privides a good oppertunity for Heatran to switch in

Heatran (M) @ Choice Scarf
Trait: Flash Fire
EVs: 4 HP / 252 SAtk / 252 Spd
Timid Nature (+Spd, -Atk)
- Flamethrower
- Earth Power
- Dragon Pulse
- Hidden Power [Grass]
Heatran has all around good stats besides speed, so I thought I'd scarf him, Flamethrower has good power and accuracy, Earth Power is mainly for other Heatrans and fire types, Dragon Pulse is unresisted by anything with Heat Wave, and HP grass is for any Waters that want to wall him.

Surge (Zapdos) @ Leftovers
Trait: Pressure
EVs: 252 HP / 100 Def / 4 SAtk / 152 SDef
Bold Nature (+Def, -Atk)
- Hidden Power [Ice]
- Charge Beam
- Agility
- Roost
I got this moveset from a friend, and it has worked quite well, Agility boosts his speed, and Charge Beam boosts his offense. HP ice is for those who resist Charge Beam, mainly ground types, and Roost is to keep him very healthy. the EV spread is to give him maximum bulk on both ends and also to make both his defenses even. Psyke (Latios) (M) @ Wise Glasses
Trait: Levitate
EVs: 4 HP / 252 SAtk / 252 Spd
Timid Nature (+Spd, -Atk)
- Psyshock
- Dragon Pulse
- Hidden Power [Fire]
- Substitute
I needed something that can dish out a load of special power right away while covering Heatrans Fighting weakness. Dragon Pulse is STAB and I much prefer it over Draco Meteor because he does not have to switch out every time he uses it, Psyshock is for chansey and the like, HP Fire is for the annoyingly comman Ferrothorn amd Forretress, and Substitute is to stop Sucker Punch and status from killing him.

Mastodon (Mamoswine) (F) @ Expert Belt
Trait: Oblivious
EVs: 4 HP / 252 Atk / 252 Spd
Jolly Nature (+Spd, -SAtk)
- Earthquake
- Icicle Crash
- Rock Slide
- Ice Shard
I needed a good physical attacker that could use different moves. Earthquake and Icicle Crash are STAB, Rock Slide I chose over Stone Edge for the better accuracy and QuakeEdge (or in this case, QuakeSlide) coverage, and Ice Shard completly shuts down DDNite and the like, which my team has trouble with. With the given EVs, this one outspeeds Adamant/Modest Lucario(as long as it is not scarfed), which is vital because she is weak to it.

Blade (Gallade) (M) @ Choice Scarf
Trait: Steadfast
EVs: 4 HP / 252 Atk / 252 Spd
Jolly Nature (+Spd, -SAtk)
- Close Combat
- Rock Slide
- Night Slash
- Ice Punch
He is best sent out late game, and with a scarf he is much faster. Close Combat is STAB and he will be switching out a lot anyway, Rock Slide is for any dragons or Flying types that want to wall CC and for Volcorona, Night Slash is for psychic types and Ghosts, and Ice Punch is for any dragons​
Last edited: Dec 19, 2011
Discord server for The Eternian Forces guild! 8D

This team seems very well I want to point out that you have a Ghost weakness and Gengar ca wreak your team if it gets a chance to switch in and set a Substitute, also watch out since your 2 physical attackers are both kinda slow even with Jolly nature and can get outspeed and KOed, leaving you easy to wall by Special Sponges like a Blisssey, overall a good team
My Friend Safari: :506:;294;;132;
3DS FC: 1564-3608-3734
Please PM/VM me so I can add you I'm looking for lots of Friend Safaris​
G

Gallade can 2HKO Skarm with CC, but gallade is very frail, and you cannot rely on keeping it alive to counter skarm the whole match.

Once gallade is down, you literally can do nothing (save get a crit) to stop skarm/chansey.

How do we go about solving this?

Well, for one thing, simply putting psyshock>something on latios helps immesely with this problem. Surf or HP fire can be replaced.

If this team if not for wifi, then, you can run Keldeo as a pseudo-mixed sweeper that can stop both Skarm and Chansey, also, if it isn't for wifi, then your Zapdos should be running lightning rod.

Taunt + dragon dance gyara is another option if this team is indeed for wifi, as it can taunt skarmory before it ca whirwind, and taunt chansy b4 it can toxic.

I'll do a better rating job 2morrow.
"The strong did what they could, the weak suffered what they must." -Thucydides
D

Why not try substitute over recover on latios as powerful physical attacks will kill it. It helps with scouting and stops you getting nasty stauses like toxic/ paralysis. Helps when pokemon carry sucker punch too.

dildadonz said:
Why not try substitute over recover on latios as powerful physical attacks will kill it. It helps with scouting and stops you getting nasty stauses like toxic/ paralysis. Helps when pokemon carry sucker punch too.

EDIT: You also need a counter to rain teams. Zapdos is your only check.
Click to expand...

If I put Substitute on him then his health goes down a lot faster, Recover's point is to counteract Life Orb recoil.
Last edited: Dec 18, 2011
Discord server for The Eternian Forces guild! 8D

WillieNelson said:
If I put Substitute on him then his health goes down a lot faster, Recover's point is to counteract Life Orb recoil.
Click to expand...

But Latios is not one to be relied on to take hits. I see your point but Sucker Punch, X-Scissor, Outrage, Dragon Claw, etc. OHKO Latios no problem. Recover saves you nothing and Subsitute prevents annoying statuses like sleep.

Xenevix said:
But Latios is not one to be relied on to take hits. I see your point but Sucker Punch, X-Scissor, Outrage, Dragon Claw, etc. OHKO Latios no problem. Recover saves you nothing and Subsitute prevents annoying statuses like sleep.

For Gallade Conkeldurr and Terrakion are both better choices. They are stronger and more viable in an OU match.
Click to expand...

I understood that when I was making my team, but I much prefer using my favorite as opposed to using the "strong" ones that everyone uses.
Discord server for The Eternian Forces guild! 8D

Why not try Ice Punch/ Thunder Punch/ Fire Punch on gallade. They offer a lot more coverage, they only score specific KO's however. It can also run trick to free it from being choiced.

It also has Hypnosis, Thunder Wave, Will 'o 'Wisp and Memento for team support but you will have to switch out after.

You can also run a Bulk Up set as it has a great Special Defence and only two weaknesses. Close Combat and Shadow Sneak have unresisted coverage but a neutral Close Combat is stronger than a SE Shadow Sneak.
W

I had Ice Punch at first, but then I noticed Volcorona makes mincemeat of my team.
Discord server for The Eternian Forces guild! 8D

Put a Choice Scarf on Gallade and replace Shadow Sneak with Ice Punch. That'll help you switch into boosting dragons and volcarona and revenge kill
D

Zapdos won't live long enough to make use of charge beam. Give it heat wave to take down celebi and other grass types. If you want another way of dealing fighting types, then you can switch Zapdos for Celebi. Celebi isn't hampered as much as Zapdos when hazards are up. Celebi then can either, status,set up, or u-turn out of a predicted switch
W

In practice, Zapdos has been able to survive most neutral attacks with ease.
Discord server for The Eternian Forces guild! 8D

I don't know why everyone wants me to replace Zapdos, with the given moves and EVs he is very bulky and can rack up boosts to be very powerful too. I have tested him and he is better then some other sets I've tried.
Discord server for The Eternian Forces guild! 8D