My younger brother is playing Diamond for the first time. The game's older than he is, so it's safe to say that yes, people are still playing these games...
Abandoned in the depths of the forest,
I wasn't able to win against the wear of time…
How much longer will I stay alive?

Too many things (feelings) arose because of it
Including my despair (forever) at this question.​
C

I finished Platinum and SS for the first time during quarantine. They're amazing games and I can see why the community loves gen 4. Insane replay value as well, since there tons of good mons early game that make teambuilding fun (unlike BW). And the physical/special split is one of the most important updates to the battle mechanic ever made. It's no wonder that these games aged well and people still play them.
Last edited: Jun 24, 2020

Idk why but I always return to Platinum every once in a while. I mean the post game is expansive and it’s definitely one of the more challenging if not the most challenging Pokémon games.

if it’s engine ran faster and HMs weren’t required I’d be playing this game much more often for sure. As of recent though I haven’t played platinum for an extended period of time since November. Maybe I’ll pick it up and go to the Gym Leader cafe.

I always end up going back to HGSS, theyre still my absolute favorite pokemon games!
Just started another playthrough of SoulSilver actually.

Im not sure what exactly makes them so perfect to me, Ive just always felt theyre amazing remakes of the old gen 2 games, and even prefer them over the originals.
Latest Shiny:

I just played through Heartgold recently for the first time (only beat Johto) and I had issues with the level curve as well as the restrictions on Pokemon movesets (due to lack of TMs) and pokemon distribution in general. The level curve discourages players from catching new pokemon since the grind to get them up to snuff would take far too long with the low leveled wild pokemon and most of the evolution lines found in Johto are trade evolutions (I have another 2DS and Platinum, but it's still a baffling decision).

I really enjoyed the game outside of that. Simplistic story, but each confrontation with the gym leaders and Team Rocket was interesting and things really started to open up after meeting Morty. The Elite Four and gym leaders were by far the most difficult for me due to the limiting pokemon and movesets in this game. I ended up using Rollout on Typhlosion which took out Lance's Charizard and 2 of his Dragonites which was definitely a highlight. 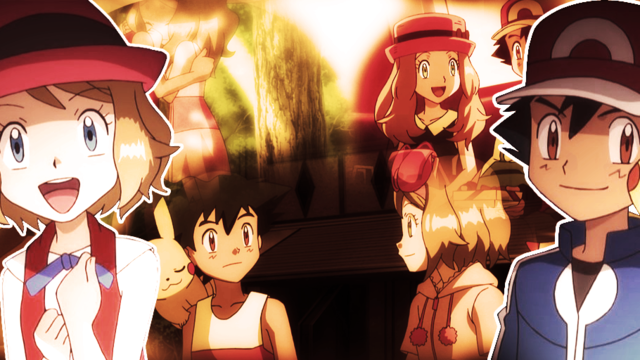 Bizarrely, in the midst of hype and speculation regarding remakes being possible this generation, I find myself wanting to play through Diamond again. I couldn't tell you why that game over Platinum, and I'll likely end up getting the latter instead, but I just feel so nostalgic for Sinnoh lately. I think my longest Pokémon save file ever was Diamond at 300 hours or so; that's probably a part of it. I know Diamond and Pearl were a bit slower-paced than other Gen 4 games, too, so maybe it's that I'm in the mood for the calm and laid-back atmosphere of Sinnoh again. But I'm going to play again soon, probably- with strong hopes that we get to revisit Sinnoh not too long from now.
⋆ ⋆ ⋆ ⋆ ⋆ ⋆​

I need to finish playing through Platinum since I started to kill time between the wait for SwSh. Need to give SS another go last time like years ago I was tryna do a weird locke where I randomised 6 Mons and traded from Diamond (if possible) and the plan was to playthrough the entire game with those 6 under nuzlocke rules I might continue that since I only got to Bellsprout tower and no fainted Mons.

But I absolutely adore Gen 4 and part of the reason why I am not so desperate for DP remakes. I guess maybe because Gen 4 was the last of my playing Pokemon in school and it just has a warm place in my heart.