Welcome to Battle Rhythm, where the harmony between pokemon and trainer is found.

To provide an enviroment for competitive battlers, artists, and general pokemon enthusiasts to learn and discuss pokemon, as well as obtain art and compete against other clans. Ultimately we just want to have as much fun as possible.

1. Being active is as important to this clan as any other, being inactive for more than two weeks without a reason given to a leader will result in removal from the roster.
2. Don't be a douche. If you and another member have an issue take it to PM's or message a leader with your problem and we will do our best to solve it, ultimately just show respect to everyone.
3. Don't clan hop, you may not be let back in if you attempt to leave and join several times.
4. Don't spam on the thread (Yes, this includes gifs unless they have actual useful information attached) as it's annoying and mods don't like it.


Something to Keep in Mind: This clan is primarily a competitive online battling clan. Although we are more than happy to accept members, we can't offer services or opportunities to things not relating to competitive battling (Example: Wifi) unless the need for it is from enough members. Thank you for understanding.

At Battle Rhythm we have three divisions. When you first register you will be asked to select one of the divisions. Your decision really does not effect the path you take in the clan, but having seperate divisions allows for more even leadership and better opportunity for inter-clan competition. Some notes about leadership and divisions.

-A leaders judgement is final unless overturned by the other leaders.
-Any problems you have within the clan should be first taken to your division leader, then if need be, to me.
-The clan is a democracy, meaning no decision will be made by the leaders until it is accepted by the majority of the clan, this includes wars, promotions, tournaments ect.
-For anyone who doesn't battle (I.e, Art, Breeding ect.) You still select a division, however all functions involving art and the shop should be taken to Lost Requiem, our Shop Leader.
-Sparkbeat becomes the interim leader of the clan should I be on leave.

-Winning clan battles (More on this later.)
-Recruiting members to the clan
-Providing art or other materials to the clan shop
-Success in tournaments or events. (Can be in clan or out of clan.)
-League success. (TMP and SBF are currently the only leagues that qualify to earn Beats)
-War success.
-Help with tutoring or pokenalysis
-Good Stuff (Any good deed done for the clan not mentioned above that is worthy of a reward.)

On Battling Within the Clan:

Members are highly encouraged to battle within the clan. All battles are ON RECORD unless both members agree for the match to be off record BEFORE THE BATTLE BEGINS. The following is the values that can be earned through interclan battles.


No match however, will be recorded unless the following form is posted by at least one member who competed in the match.

Code:
*Leaders are eligible to battle and receive Beats from. We will also be attempting to climb through the ranks and earn BP because well...its more fun for us that way.

*You cannot lose Beats from battling. This makes it easier for us too keep track of Beats, and makes battles more fun.

Any member who was not recruited to the clan or we are not familiar with will be put into the default Ameteur rank. If you are recruited or recognized I'll let you know you will start at the apprentice rank when I accept your SU. You may also request a test battle from one of the following members to earn up to 100 Beats, and obtain Apprentice rank that way if you are good enough. Since you can only earn 100 points, the amount given will usually be pretty generous.

Players you may test with are:
Sheps
Sparkbeat
Spiderman123

The following form should be used in order to join the clan, a leader should get to your app shortly after you've posted.

This is where I'll Post any important recent information regarding the clan.

Thank You's
This clan wouldn't look as nice as it does without the help of the fantastic art community at serebii, taking care of every ridiculous request we've made. The following artists made contributions to this clans art and have fantastic shops you should visit.

For the text banners. Her Shop: Flower Paradise Graphics

Shadow for the rank userbars.

Sup, my name is Sheps and I'll be leading this division. Here is the rank and member listings for the division.

You are brand new here, no worries, you'll catch on quickly.

Not bad, you're really starting to get your feet wet.

Hey look at that, you've gained some respect around here, keep it up.

You've proved to be a great asset to the clan, keep improving.

You've almost reached the top and are amongst the very best we have here.

You've earned as much respect, trust, and glory Battle Rhythm can offer. Congratulations.

Welcome to Battle Rhythm's Bass Division. I'm Sparkbeat and if you decide to join this division I'll be your leader. Without further ado, here are the ranks.

Welcome to the clan! We hope you'll start to learn and grow as a battler.

You're starting to get used to being here. Keep up the good work!

You're work and improvement is beginning to be noticed. Keep it up!

You've been doing well and have been recognized a well valued member.

You've been a great member, and you're almost at the top!

You are one the the most respected members of the clan, and have earned this respect through hard work and determination Congrats on reaching the top!

Welcome to the Melody division. I am SneaselFTW, and I lead this division. I'm not one for lengthy intros, so on into the ranks!

You are still an Amateur. You have have yet to learn.

You are showing potential, and has been brought in as an Apprentice.

Congratulations, you are now a Musician! You're starting to prove yourself.

You are now a Composer! You will be making some beautiful tunes!

You have nearly finished your quest. You are now a highly esteemed Maestro!

You are a Songbird. You are one of the most respected musicians in the world.

R.I.P The Crystalline Guard ~ Memories Are The Only Things Which Are Truly Eternal
​
​
S

We are currently at peace ​
Joining the War team:​
Members may request to test for the war team once a month. The war team can be of more than 5 members. Me and Spidey will decide prior to accepting a war what the lineup will be based on team member availability as well as who we are warring. The subs are for when we require a player when no other War team members are available or we need a player on a moments notice. Lost Requiem handles everything having to do with testing for the wifi war team and may set his own testing standards and conditions.

Here you can receive tutoring from elite battling members of the clan.​
Sheps
Silver Angel
SkyDriver

Every other month tutoring will be opened up to members of the clan. During the first week of the month. Pm this form to me if you feel like you need some help.

Additionally, if you wish to become a tutor, at any time you can PM me this form.


Code:
A few things to keep in mind:​
-Tutors, the goal is about 10 hours of teaching in about 2 months. Be sure you can meet these requirements before signing up
-If you wish to be a tutor and I'm not familiar with your ability, we may need to have a test battle.​
Tutee Tournaments:​
At the end of any tutoring session involving at least 4 tutees. A mini tournament will be held. The winner and teacher of the winner will receive a large amount of beats!​
Last edited: Jan 25, 2013
Evicted From Home = Retired​

CLOSED guys Sorry. I'm reopening my art shoppe so anyone is welcome to work there.
Last edited: Mar 2, 2013

See this thread for our tournaments: http://www.serebiiforums.com/showthread.php?598068-Battle-Rhythm-Tournaments

Set Still Up For Debate

Welcome to the Meta Corner! Here will be the place to go for discussion and analysis on competitive pokemon. Anyone may have things posted here so long as they are approved, which leads us to the rules.

-We would love any entry you would like to offer, but put some effort into it before you send it because it saves me time.
-No flaming or badmouthing of anyones opinions. If they are blatently wrong about something I won't put it in, other than that. Everything everyone says is a fair opinion and should be treated with respect.
-All articles wished to be seen on the page must be Pm'd to me first. Don't rush me, I'll get to it eventually.
-Please try to actually discuss the stuff that gets posted, otherwise there is no point to any of this. Plus good discussion can earn beats.

Reuniclus is an interesting pokemon, and also particularly deadly when entering TR. He has one of the worst speeds in the game but highest special attacks, this set allows it to take advantage of both. The three attacks provide as good of coverage as money can buy and Reuniclus also has the perk of setting up its own TR.

Counters: Anything with Taunt, Tyranitar, Gengar (All before TR is up.) Credits for the Gengar banner to Turpoo
Credit for the Maga Gengar Userbar goes to myself.
​
S

to make it official:
Serebii username: SkyDriver
PO username: [P4L]SkyDriver, [P4L]Night Sky
PS username: Night Sky
Referrer: SneaselFTW
Division: Melody (Sneasel's)
Wifi: I hope it works now, will edit in FC later.
Battle Theme: AC/DC - Anything Goes
Extra: I hope this clan will become very successfull, good luck staff :3
(If Pokemon4Life needs me, I'll be there first.)
Goodbye Serebiiforums, I will not visit you anymore. I want to be free~

Alright, Welcome to the clan! One of the leaders shall point you to your devision shortly...

Even though i'm already in the clan, I posting this cuz I want to

Battle Theme: At least flowers for the heart- Blaze Union

Just go ahead and post the full app Lit, and Skydriver Accepted you will be placed into the apprentice rank
Evicted From Home = Retired​

Good luck with this clan Sheps! Hey everyone! Hoping your having a great break! Sparky beat me in a battle, so here

Credit to Shadow for the Buttons​
E

Serebii Name: spiderman123
PO/PS Name: PS:spiderman123 PO:[BR]Spidey,Nidorina,Nidorino
Referrer: Everyone
Division Preference: Bass but I am already there
Wifi? (If so, what is your FC?) nope
Battle Theme (Favorite Song) Cher Loyd-Swagger Jagger ;D
Anything else?: 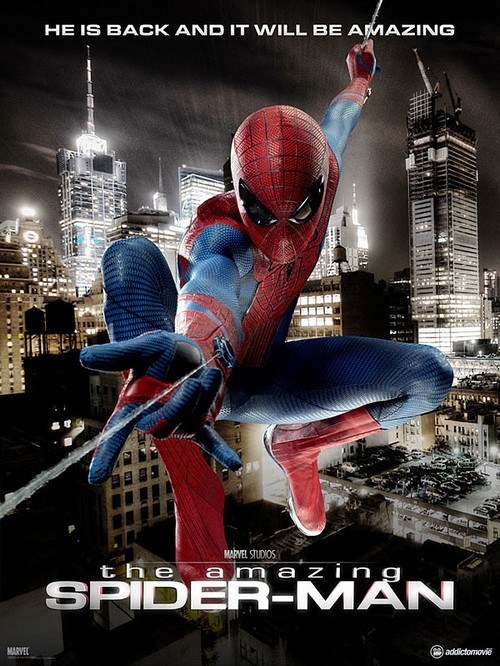 Credit to BLUES for userbar (such sweg).
J

Credit to Shadow for the Buttons​