battle with the uber legendaries: your proud moments

I once encounted a Draco Meteor Rayquaza on WiFi and i was like ohh man as my team was just OU with Starmie, Lucario and something else. Lucario got a Swords dance in and he switched out Rayquaza after he Did Draco meteor which killed Starmie and allowed my Lucario to get in the Swords Dance, but then I used Close Combat on the Scizor he had switched in which he then switched back to Rayquaza so it took a resisted +2 Close Combat. When the next turn came around Lucario used a +2 Extreme Speed and killed off the Rayquaza and just killed off what was left easily.

lol. well, ray is a little weak in defense so he is easily taken care off. smart to keep switching, but it is a risk as you will know what pokemon he has in his back up. haha.

ok ok cetra, i have nothing to say...
Hiya! Just an old user here dropping by.

My Tyranitar vs. his movie Arceus:

hey! using regigigas requires alot of strategy. i managed to wipe out two pokemon (steel) yesterday. but i think it is hard to stand against ubers lol.

the battle ground is in startgrazer. i hate that stage anyway. using that means someone is gonna use uber legies.

victoria and aqualancer vs darkrai and aerodactyl

victoria used outrage and hits articuno and aqualancer used waterfall on aerodactyl and it fainted.

deoxys used shadow ball on aqualancer. he is in yellow now. articuno used ice beam on victoria. victoria in red. tailwind petered out.

I just today had my first Wi-Fi battles, and won four of the five. (Sadly, the battle I lost was against a team composed of Blastoise, Floatzel, Gorebyss, and Vaporeon. Ugh.) One of my battles was against a person who's team consisted of entirely legendaries and/or ubers. It was the easiest battle of my life. Here's how it went:

As I said, it was the easiest battle I had all night. (And don't make fun of me for using Pikachu.)
Author's Profile​
S

I can haz cyndaquil?

sizida said:
oh come on poke-lord, you battle using uber legies? i guess you didn't see my thread right. or you didn't explain properly. either way. using ubers is no different than hacking. anyway i heard hack pokemon with unbelievable stats will be bad eggs, so what hack pokemon you are saying?.
Click to expand...

I send out Bronzong and Crobat.

He sends out Darkrai. Can't remember other Poke.

I send out Ditto.

Ditto transforms into Darkrai. And is slower because of his Macho Brace.

Rest of the battle went like 'Spam Dark void while beating the **** out of his guys.'

I was laughing in the entire battle.

i remember battling someone. it was kinda like this:

ambipom used fake out on rayquaza.
rayquaza flinched.
rayquaza outrages and murders ambipom next turn.(looks like i made it mad, sorry!)
aggron comes out and uses rock polish. next, he beats rayquaza with head smash.
groudon comes and uses earthquake.
i send out my last pokemon, mismagius. i set up calm mind and substitute and set up 4 more calm minds, while groudon does little or no hp with eruption(groudon has little hp left) and repeated earthquake/fissure. o.0
(i recover from leftovers through this too.)
i one shot groudon with shadow ball, then thunderbolt beats houndoom.

i respect him for not disconnecting after i destroyed his ubers with underused pokemon.

hey hey! i just battled someone that had lugia, articuno, mewtwo and ho-oh and i wiped them all leaving 3 pokemon left in my team weehoo! i gonna brag about it!

i sent my victoria and aqualancer. well this team is very good to defeat uber legies it seems...

victoria used crunch on lugia and his def fell, aqualancer used blizzard on both of them. not that powerful. lugia used aeroblast on victoria, surprisingly my vic has slightly more than half hp left. articuno used ice beam on aqualancer.

opponent then quit. if he attacked vic with ice beam at the first place, the battle will be tougher and i would left with swirly. but swirly can still defeat all of them due to her speed. lol.

speaking of battles. no one battle me in my battle thread under 4th gen lol. boy i am so bored.
Last edited: Jun 17, 2010
Hiya! Just an old user here dropping by.

wait a minute. that is definitely a hack! lugia can't learn psycho boost. that is deoxys's signature move. are you sure about it?
Last edited: Jun 20, 2010
Hiya! Just an old user here dropping by.

The Pokemon XD Lugia has Psycho Boost and Featherdance.
RULE #35 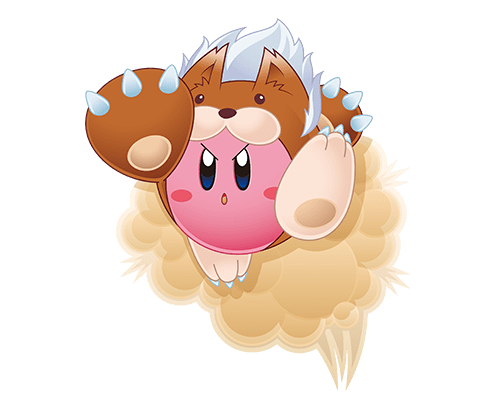 If it exists, there is a Copy Ability of it.​
I'm back, unfortunately.​

oh yeah, i been punched out by 3 uber legies. geez this guy sure knows how to wrack anyone. i only managed to defeat one. well i battled him twice and the result is still the same. i seen goundon, mewtwo, ho-oh and latios (well, you can't send four uber legies right?). mewtwo is easy, not the rest bleh.

may i asked if ho-oh using sacred fire prevents her from being frozen? (lol uber legies has gender to me haha.) i froze her by then she was thawed by her flames.
Hiya! Just an old user here dropping by.

oh yeah, i been punched out by 3 uber legies. geez this guy sure knows how to wrack anyone. i only managed to defeat one. well i battled him twice and the result is still the same. i seen goundon, mewtwo, ho-oh and latios (well, you can't send four uber legies right?). mewtwo is easy, not the rest bleh.

may i asked if ho-oh using sacred fire prevents her from being frozen? (lol uber legies has gender to me haha.) i froze her by then she was thawed by her flames.
Click to expand...

One of the secondary effects of Sacred Fire is that it cures freeze. But I'd be more worried about the 50% burn chance on that attack.
Fan of many things nerdy.

no wonder i was burned most of the time! goodness!

lol, more trouble in battling with them, but i have fun doing so lol. it will be even better that i humiliate them in defeating their party. lol payback!

oh well, there are people that ev trained them too, but for goodness sake, all pokemon has their specials so you should made train at their best. i don't mind using a normal pokemon against them, but what will have to say that they can even defeat your uber legies party? oh the horror! i am aiming for that even it takes forever to accomplish!
Hiya! Just an old user here dropping by.

I have an Umbreon with the moveset of Moonlight, Protect, Dark Pulse and Toxic. I love it when I can stall legendaries like Giratina or Arceus with my Umbreon. I've had a few people that give in, but no real disconnections.

(I don't have awesome stories with powerhouse moves or anything, sorry. XD)
I have claimed Respectshipping (Ash x Drew).​

oh yeah! i don't know why so many people quit on me. it wastes my time lol!

nowadays i seen ho-oh and lugia together. seldom i seen kyogre now. is this a new trend?
Last edited: Jul 2, 2010
Hiya! Just an old user here dropping by.

I walled Mewtwo and Arceus with my Umbreon

Finished off Dialga with my Sceptiles Dargon Pulse. Obviously nothing he had was trained
T

I beat a team of my friends hacked legendaries twice and we battled 3 times.
Rainbow Dash is best pony.

yesterday i taught my friend that people who uses darkrai has more chances to quit after darkrai has been defeated, and it is true lol. we just can't stop laughing when i beat his darkrai.

he used dark void, but my vic had lum berry and missed aqualancer. darkrai must be ev trained as it moved faster than mine with tailwind. but in the end he fainted in two hits. lol.
Hiya! Just an old user here dropping by.