Psychic Politoed said:
People complaining extensively on Ruby and Sapphire even though they weren’t that bad.
Click to expand...

I know! I remember that I was upset at first that there wasn't any connectivity between my Sapphire and Crystal, but I got over it. I now consider them my favorite games in the series.
God is awesome.

You can view my full list of ships here.​
A

Im guilty of complaining about them too, it was mainly about Emboar's type, but the more I look at him the more he grows on me lol.
Pokemon Y FC: 0963-0268-8088
Friend Safari, Dark. Cacturn, Nuzleaf, and Absol.
Current Goals;
Collect Mega Stones
Obtain all the Kalos Pokemon: 33/69
Obtain all Pokemon: 101/718
S

It's funny, I just read on in another thread...

"WHAT WOBBUFETT IS GONE?! That's it, I officially hate Best Wishes!"

I remember a guy right around the turn of the 4th generation whining about how his precious Alakazam is going to be ruined because it won't be able to use the elemental punches effectively. And also how Tyranitar would be broken because it would have physical crunch. Seriously, how could you be against the physical/special split. It made perfect sense and helped a lot of pokemon out. 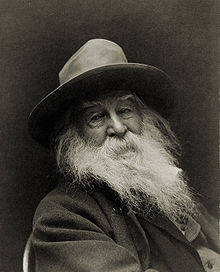 Well really, whenever something changes..Like the early days of 3rd gen, and even triple battles in Isshu, and dont forget new Pokemon. Those seemed to get bashed annually (yes..annually..)

It's like change in Pokemon is Tabuu or something :[


Megaton666 said:
good thing im not a Sonic fan, those idiots ***** over everything.

Oh c'mon we're not all bad D: ..(understandable statement though ^^; )

Every new generation that is released is complained about, then once everyone has had it for a while they realise its actually good. The cycle continues.
;049;;049;;049;

'I just wanted to say im not a window cleaner! No, Noooo, I work in IT! Yeah, yeah with computers and all that. Mac's? No, I really just work with Windows.'
B

I heard that there was Ship to Ship Combat between Pokeshippers and Palletshippers around 2000-2001 or so.

But damn, It's been a long time, I wasn't there, and people complain more loudly about some other things now.
If you think that "If you [insert activity here], put this in your sig. (Started by [user])" is stupid, put this in your sig. (started by blitzerzero, who may also be known as blitzer, C.C. Blitzer, Atmos Blitzer, AxelleBlitzer, LeonidasBlitzer, Axelle (despite gender), Romanoff Kaiser NEX Blitzer, Violence Thunder Blitzer, and Valkyrie Lupia Blitzer. Yeah, I have many names.)

blitzerzero said:
I heard that there was Ship to Ship Combat between Pokeshippers and Palletshippers around 2000-2001 or so.

But damn, It's been a long time, I wasn't there, and people complain more loudly about some other things now.
Click to expand...

I think Shipping the the lamest of all pokefandom as each shippers pull things out of the rear to try to claim why X belongs with X, especially the new one with Ash and Iris i mean noone knows jack about her and they start a ship with them?
W

I think its the fact that people on this forum tend to announce that they're leaving the fandom forever because they don't like one new pokemon, but never actually seem to leave.

Or that guy that responded to Serebii's cease and decist letter by suggesting we protested by buying copies of bw and burning them.

Or that the phrases "Unoriginal", "Overated" and "Looks like Digimon" have lost all contact with their original meaning, and are now synonymous with "i dont like it"

halloweenghost said:
I think Shipping the the lamest of all pokefandom as each shippers pull things out of the rear to try to claim why X belongs with X, especially the new one with Ash and Iris i mean noone knows jack about her and they start a ship with them?
Click to expand...

Don't taint us all with the same brush, thank you.

As for Negaishipping, that was inevitable. All mainstream anime pairings get the fans, the name, the comparisons before anything official comes out. That's always been the way and to be fair to the Negaishippers they weren't as pushy as the first lot of Pearlshippers. 8|
G

halloweenghost said:
I think Shipping the the lamest of all pokefandom as each shippers pull things out of the rear to try to claim why X belongs with X, especially the new one with Ash and Iris i mean noone knows jack about her and they start a ship with them?
Click to expand...

I can understand if you don't 'Ship, but don't go whining about how we "pull things out of the rear to try to claim why X belongs with X."

As Vycksta said, you're stereotyping. 'Shipping is just another way to enjoy the series, like watching the anime or reading the manga or any other thing.
A

Starter hate: Thoes complaining about their type. Those complaining on emboars bipedalness. Those complaining about Daikenki's unrelatedness. Jaroda's colour and lack of limbs. Those wasting to much time trying to prove something as fake. 'Emboars belt pattern isn't symmetrical, FAKE!' does it have to be?
Gen 1 and 2 purists: They should have stopped after GS! The new pokemon are **** nintendo are running out of ideas. My level 100s are stuck forever, GF are dumb!
Those that try and change ones opinions: Pokemon is for five year olds!
This particular one led to my philosophy, 'Interest doesn't have an age'.

You can't choose one as there every other day someone disaggrees with something. I predict someone will complain about Goruggo getting Fly.

I don't recall the exact post, but someone in the B/W section made a very interesting post about how people were complaining that Gen. V Pokemon were too simple, too complex, too much like old Pokemon, not enough like old Pokemon, et cetera.

So yeah, obnoxious, discontented fans + nostalgia goggles are the worst.
The future surrounds us.

@^^^^^ I know what you mean. I don't like the 5th gen that much, but it's deffinetly good. people who hate it are just crazed fanboys who don't get laid
Ash nazg durbatulûk, ash nazg gimbatul,
ash nazg thrakatulûk agh burzum-ishi krimpatul.


Sakuma said:
No morals for you evolutionists.
Click to expand...

The people who whine about the Pokemon are only a minority of the fanbase.

So I really don't give two ****s about them.
mav·er·ick [mav-er-ik, mav-rik] –noun
a lone dissenter, as an intellectual, an artist, or a politician, who takes an independent stand apart from his or her associates.

If you think Charizard should not have been Fire/Dragon in 5th Gen and the typing of a 1st gen Pokemon shouldn't effect our judgement of a new generation, copy-paste this in your signature (started by nikohesus). Game Freak doesn't suck because of a single Pokemon!
T

People complain about the plot becoming too deep and they are like "Pokemon is about the Pokemon! The plot takes itself too seriously!" then there are people who were like "There needs to be more involvement with the villains and the plot and it needs to be more deep and philosophical and violent or whatever!"

Well, now with Black and White, the plot is very heavy and it has been getting heavier every generation. It all started with D/P/Pt delivering a very philosophical message regarding evil and suffering and whether a world without such things could truly be a utopia like Cyrus wants and is he really even a villain or a man with legitimate motives regarding ending sin in the world, but taken to the very extreme with a god-complex to boot.

Nor was Team Galactic just a regular street game, but an organized cult with their leader worshiped as a god who could end evil and suffering.

Then Team Plasma takes it to a whole level... I won't try to spoil it for you waiting for it to come in English to play it, but it takes the plot like one would see in an RPG.

Which wait a minute, isn't Pokemon an RPG to begin with? RPGs are known for their plots, right? Then shouldn't Pokemon be worthy of a good storyline like any other RPGs?

But wait, then there are those people who are like "But Pokemon isn't Final Fantasy! I don't want it to become like that! Pokemon is taking the plot too seriously! It's conforming to all of the rest of the RPGs!! That's what made it different!"

Yes, but unlike the other RPGs, it actually takes place in modern times which a majority of RPGs tend to take place in a medieval fantasy setting and there is a lot more team customization as well rather than your four designated heros that you have throughout the journey.

The whole issue as far as plot has always been a split... Seriously, fandoms like to nitpick, that's just what they do. Some more than others. Like I know the some people in the Megaman fandom who are like "If it isn't 8-bit, then it sucks" those people have shallow minds and don't keep their minds opened to say, the Zero or X series and actually play it and clear their eyes of the bias and look at the game by itself.

Which is what I do whenever I play a game, I always look at it by itself before comparing it. Comparisons are rarely good because you never end up equal. The only time comparisons are good is if you are comparing it to an ultimate standard.
Betelgueseshipper for life Yo!​

I think at the moment, Munna and Musharna are definitely causing a stir (at least they used to be anyway), and their Anime counterparts' drawings are causing a great bit of conflict.
"Your memories are connected, like links in a chain. Those same chains are what anchor us all together."
-Naminé

I have officially claimed Riku, wielder of the coolest Keyblade: the Way to the Dawn!
​

I think the starter debacle was the biggest one that I've ever been around for. Not even the gripe over the designs, the gripe over whether they were real or not. Up until the very last day before the games were leaked (which was, what, two days before the game actually released?) people were swearing up and down that the starters were fake and that they COULDN'T be real because they're so ugly.

The second biggest fandom split that I've seen was when people were crying about whether there was going to be a GSC remake, and now it's the same for RSE. I don't like how there are a bunch of Wi-Fi events just to get Pokemon. I think all Pokemon should be in-game. it makes everything complicated. Wi-Fi is just unnecessary. That's pretty much all i don't like.
Fan of Jurassic Park? Jurassic Park Legacy is your friend: http://www.jplegacy.org/board/index.php
You must log in or register to reply here.
Share:
Facebook Twitter Reddit Pinterest Tumblr WhatsApp Email Link
Top