Many of the spinoff games this gen have been terribly underwhelming. I mean, the only remotely decent ones are Rumble Blast and maybe Conquest (although I personally have no interest in it, but meh). Where's the Stadium/Colosseum/XD/Battle Revolution (personally I hope for a Colosseum/XD type game)? Where's the Ranger game? And where in Arceus name is Mystery Dungeon 3? Hopefully in the time between BW2 and the next main series game we'll get some good ones.
R

pokemonloverXD;11625479 said:
No law can stop me, I'd still play it even when they catch me and execute me. I'd rather die while playing a Pokemon game than live with no Pokemon games to play
Click to expand...

Exflar said:
Many of you have attempted and/or completed different "challenges" to make a seemingly mundane Pokemon re-play more fun...more interesting. You introduce new rules to the game in order to get a more satisfying thrill, for example: The Nuzlocke Challenge, The XXXXXX-Only Run, et cetera.

The basic rules are simple:
1) Complete every "league" or "journey" in as many compatible regions as you can (obviously, the farthest back you can start is Gen III).

2) One to Three pokemon must be present in EVERY TEAM and EVERY REGION you challenge (these pokemon will be like Ash's Pikachu, the only ones you bring when you switch regions). Nicknames are recommended. The final 5-3 spots on your team may vary from region to region.

3) Finish the Five Leagues (optional quests: Orre, Poketopia) before the Japanese or English release of POKEMON BLACK 2 and POKEMON WHITE 2.

You may accomodate the ruleset as long as these main three are kept in essence. For those who may not have games as far back as Gen III may start in Gen IV and so on and so forth.

The most complete challenge may look like this:
Permanent Team Pokemon: Gallade, Dragonite, Togekiss (Ralts from RSE, Dratini/Togepi from FRLG traded over)
(Ruby OR Sapphire OR Emerald) > (FireRed OR LeafGreen) > (Colosseum OR XD) >> (Diamond OR Pearl OR Platinum) > (HeartGold OR SoulSilver) > (Battle Revolution) >> (Black OR White)

This is meant to challenge the trainer who's been there since the beginning (or at least, since Gen III).

Good Luck. The clock is ticking.
Click to expand...

Good for you, creative person. Visit the Challenge forum, a subsection of the Games forums.
Robin Williams
1951-2014
"What's it gonna be? I don't know. But maybe along the way, you take my hand, tell a few jokes, and have some fun. C'mon, pal. You're not afraid, are ya?"​
P

G4Pokefan said:
All these new Pokemon side games that have been coming out. Conquest, Pokepark 1 and 2, typing, rumble blast and the Pokedex 3D and 3D pro. But haven't seen a new Pokemon battle style game yet. Not since that Revolution junk and that's been 5 yrs ago?? What gives?

Now with these Pokedex 3D apps and the new 3D pro showing the attacks and the Pokemon's moves, i'm guessing we won't be seeing one anytime soon now?
Click to expand...

When news of one crops up, the main site will alert you to it. Until then, there's nothing to talk about unless you're just griping, which is unnecessary and unattractive.
Robin Williams
1951-2014
"What's it gonna be? I don't know. But maybe along the way, you take my hand, tell a few jokes, and have some fun. C'mon, pal. You're not afraid, are ya?"​
M 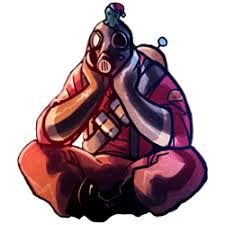 Me: Hello prof birch just complete all pokedex
Birch: for real!?? lemme see that
*5 years LATER*
Birch: I see a palm
Me: what kind of palm? lipalm?
Birch: NOOO! its not, its a FACEPALM
*dead for 1000 years later*

Hoenn Club Member | Veneno Oscuridad Member​
Thanks to American--Pi for this awesome userbar!

It is easy! You just dress as a hipster kid, somehow (probably illegaly) get yourself a Pokemon. You can ask your rich dad to buy you some fancy pokeball to do so, or just try to befriend something. Then, you go around, telling people you're a Pokemon trainer
There was once a man who had bees coming out of his mouth.​

Topic bumped after being dead for a year.

I get yelled at by my friends for using Castform. They claim it has bad stats, a bad movepool, etc.

If it knows Hail, Rain Dance, Sunny Day, and Weather Ball, it can do some damage to pretty much any team.

Thanks to pkmnfn for the awesome Team Pose!

Pokemon Mystery Dungeon Explorers of Darkness
Zero Isle West Floor 23
Chimchar
7 HP
Was going to walk around to heal
Next thing he I noticed, I triggered a Chestnut Trap
FML

Credit to Astral Shadow
​
I

Why do people swear that OU is balanced?

Honest question. There are 50 Pokemon in OU but only 20 of them are really viable. There are Pokemon like Scizor/Rotom/Landorus/Dragonite and there arepokemon such as Haxorus/Scrafty/Metagross/Virizion. The gap between these Pokemon in terms of overall usefulness and usage is straight up ridiculous.

Why did you make this after your other thread with no thought than whining got locked? Don't like the tiers? Go get a couple thousand people to use the Pokemon you think would fit, otherwise nothing is going to change. No tier list anywhere is totally balanced.

IceKnife said:
Honest question. There are 50 Pokemon in OU but only 20 of them are really viable. There are Pokemon like Scizor/Rotom/Landorus/Dragonite and there arepokemon such as Haxorus/Scrafty/Metagross/Virizion. The gap between these Pokemon in terms of overall usefulness and usage is straight up ridiculous.
Click to expand...

Jokes aside, why do you care that much?
THIS DAY IS GOING TO BE PERFECT
Because love's in bloom~​
"After all this time?"
"Always", said Snape.​
Religion is an insult to human dignity. With or without it you would have good people doing good things and evil people doing evil things. But for good people to do evil things, that takes religion. - Steven Weinberg, Nobel Laureate​

Plus, I did tell you before:


Nutter t.KK said:
OU stands for Over used.. and it is the top 50 or so of Pokémon used on a certain forum that focus on Competitive battles.. If that isn't "over used" I don't know what is.

So if Magikarp suddenly became a viable sweeper for most Pokemon and everyone ran with one, the Magikarp would move from Baby/NU/NFE to OU. Admittedly that is an unlikely situation, given Magikarp's status a joke Pokémon.

Please post in the Competitive section if you have issues with this. However, your argument isn't really brilliant and the staff there won't like it either.

Shutting, it does not belong here.
Click to expand...

It would be nice to be able to use Haxorus, Gyarados, Scrafty, Alakzam and Salamence without getting whooped by the generic OU volt turn/weather team.

OU needs to be split.

Take it to Competitive..

chansey
in the in game
in diamond
i did enjoy it, but a hell of a lot of workView attachment 4405
:meowthbal
happy days
R

machamp with leftovers..................it OHKO's most dragon types(4x effectiveness),it can easily survive a draco meteor and the 100% dynamic punch really makes people go mad at me
B

I get flamed a lot for using a Conkeldurr with Leftovers with the moves Bulk Up and Mach Punch, Drain Punch and Payback. Some people even tell me to 'use another Conkeldurr' because apparently I don't give them fair game. Lmao.

Oh, and I used a Lilligant once, and my opponent disconnected and told me to stop using girly pokemon. Oh well. And I kid you not, that thing had nothing but Grass types moves. So it was pretty fair game.
3DS Friend Code: 0404 - 7523 - 0951 - Feel free to add me

X Team (Dale): Kangaskhan, Weavile, Starmie, Garchomp, Chansey, Gliscor
OR Team: Sceptile, Sableye, Aggron, Milotic, Altaria, Manectric
AS Team (new copy, ugh): Undecided
As of December 13, I lost my copy of Alpha Sapphire, and over half of my competitive Pokemon and shinies + event legendaries with it. The worst f*** up in my entire life.

I get a lot of flack for liking Dustox and Maractus because apparently they're "too weak". >.> Also, for not evolving my Wartortle in HeartGold. I just really like the Wartortle design and didn't want to evolve him lol.

I prefer using the 'underdog' (NU I guess -- not into competitive battling) Pokemon because I like having a challenge instead of just sweeping through the game. I like to have a mixed team though, really strong ones mixed with the Pokemon most people would scratch their head at for having on a team.
Follow the silly slapstick Nuzlocke adventures of