Come Forth, Lycanroc with the Crimson Look!! (970) Come Forth, Lycanroc with the Crimson Look!!

While at the schoo, Ash learns of a powerful trainer who has come to Melemele Island. Ash eagerly finds this trainer and challenges him to a battle. The battle is strong with the trainer's Z Move coming into full force but soon after the battle starts, Lillie appears and confirms that this trainer is her brother, Gladion. Why is Gladion here?

Discuss
Last edited: May 18, 2017
I own Serebii.net and Serebiiforums.com

Wow, Team Rocket butted in. I thought we're long past that era of them interrupting battles, especially the plot relevant ones..
L

Worry not, SuperBewear is here.

Gladion is less edgy than his appearance suggests. He was actually nice, even. And befriended Ash this early already.

I think Ash was impressed by Continental Crush and wants it for himself (ie Akala finally)...

I'm pretty sure Gladion mentioned the Akala Trials (I guessed he said something about beating the Grand Trial to get Z-Crystal he used).

Wish we had gotten Pikachu vs Lycanroc, seeing how strong Lycanroc was.

Does anyone know what Gladion said while using the Z-Move? It's clearly like the others when they use a Z-Move, having their own kind of line when using one.

Seriously whatever so called 'improvements' Team Rocket had this series was all destroyed in that single moment they interrupted the battle. Anyway the episode was good, but fell a bit short of the hype it had in my opinion. The Lillie and Gladion backstory was good, (need subs to understand what really happened), and seeing Lillie interacting with her brother was nice to see, even though it was very brief. The classmates were pretty pointless into his episode (expected I guess). I did like the battle, and Rockruff was pretty impressive and managed to hold his own against Lycanroc.

So overall, I give the episode 7.5/10. Decent buildup and important plot, but really ruined by Team Rocket.

F*** Team Rocket. I'm not forgiving them for interrupting the battle! NEVER!

Ash: I want to use the Rock type Z-Move too.
Gladion: Do you have the Rockium Z?
Ash: Nope.
Gladion: Then you should challenge the Akala Island Grand Trial.
Ash: I will!

I really hope the writers aren't afraid of giving Ash a flat out loss this saga (sort of as a way to make up 'losing Kalos league').

Yeah, TR nearly beat Ash but Bewear carried them off before they could actually win. It was just so disappointing and yes I've already said that but I feel like I need to say it again because that's how deflated I feel about it.

Frozocrone said:
I really hope the writers aren't afraid of giving Ash a flat out loss this saga (sort of as a way to make up 'losing Kalos league').
Click to expand...

I would find it pretty funny if the massive Kalos League backslash made it so Ash would like never lose a battle for the whole Alola saga. Albeit as you said, he did lose to Team Rocket that one time, so there's that.

Xeogran said:
I would find it pretty funny if the massive Kalos League backslash made it so Ash would like never lose a battle for the whole Alola saga. Albeit as you said, he did lose to Team Rocket that one time, so there's that.
Click to expand...

Well I guess it's an issue either way. They don't want him to have a flat out loss, and yet having him never lose a battle would also be an issue in fear of some people calling him 'Gary Stu' or some s**t like that. So seems like in order to avoid such issues they'll just reduce the number of battles itself that Ash will have. Seems like that already since battles have been rare in this series so far in favor of a more relaxed SOL style.

This episode wasn't nearly as hype as it could've been. We honestly could have gotten a 2v2 if they had cut out that stupid TR moment. For God's sake I thought we were done with the whole TR interrupting important battles shtick. It just ruins what could have been an amazing episode.

But nonetheless, it was alright. I don't think Gladion has joined Team Skull yet, let alone met Type: Null. I don't think they are going to touch on that stuff until SM S2.

And once again, we get another bit of that Akala foreshadowing which will be forgotten by Ash in t-minus 7 days.
M

wish the battle wasn't interrupted by tr, but we got some gladion backstory and he told ash about the akala grand trial.

I thought TR moved past their Kanto moments of battle interruptions.
† I am a Christian and proud of it! Copy and paste this if you are too.†

Rain the thunder, the bird of thunder: Zapdos!

The last time Ash had a serious full–fledged battle against a competent trainer was back in January, when he faced Hala.

When i thought we were finally going to have another one, TR interrupts it :c
https://www.instagram.com/p/CCY_xmhlzXB/?igshid=390k5n5l9vqh

Whenever the writers are too lazy to write a good battle, they just make Team Rocket interrupt it.
What do we want? Sinnoh remakes.
When do we want them? Soon.

You say lazy as if Team Rocket was the only thing they were lazy about... 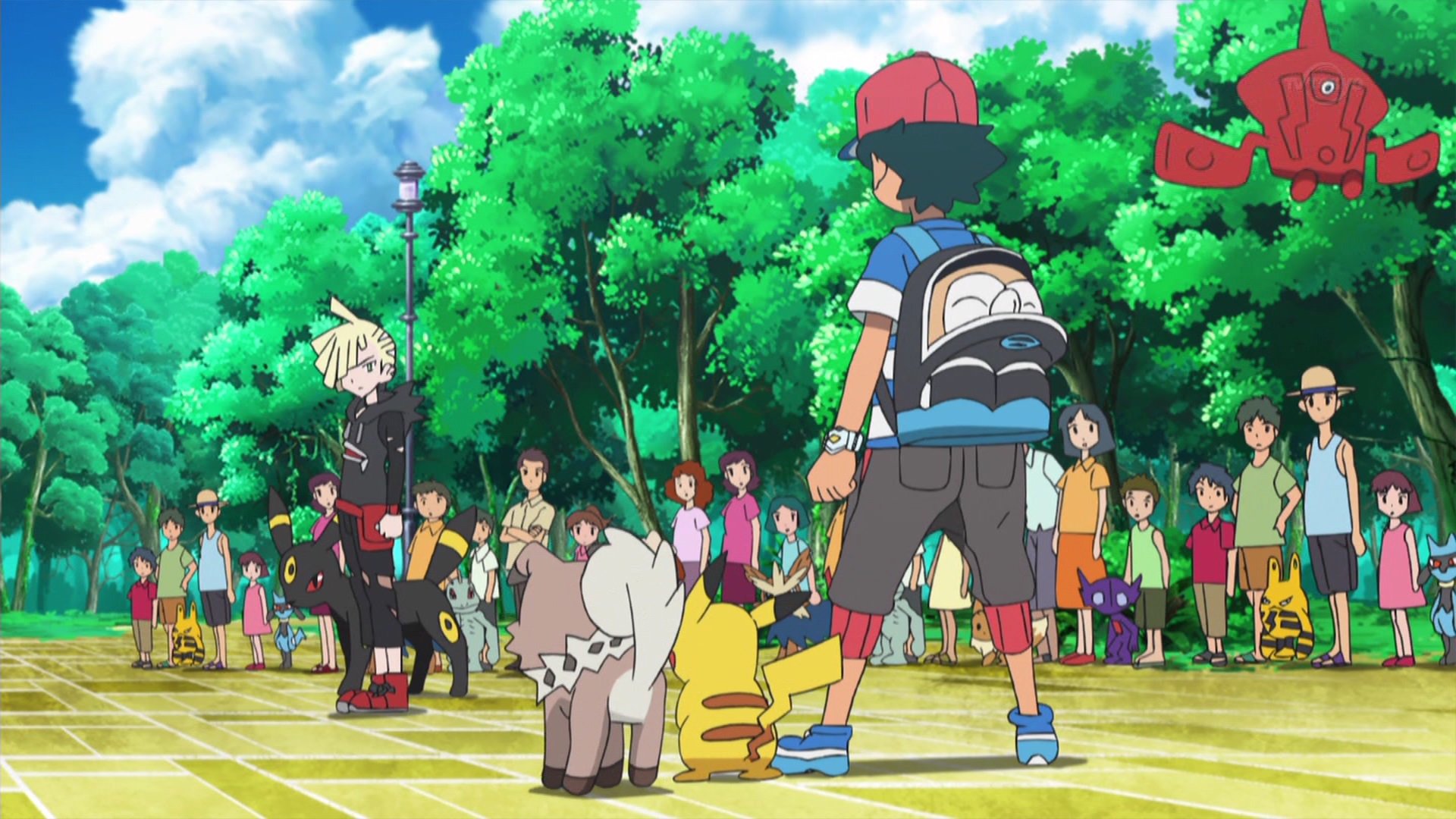