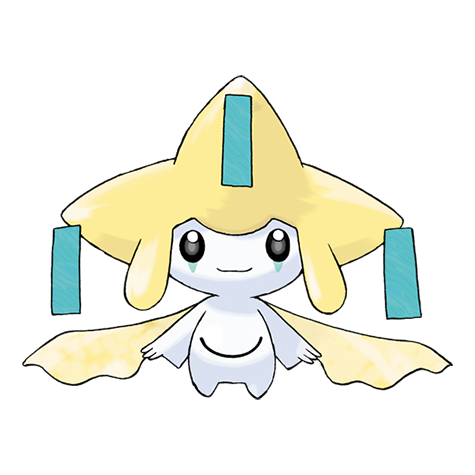 Behold what is quite possibly the cutest legendary Pokemon in all of existence:

Set Details:
The infamous para-flinch combo that similarly made Togekiss such an annoyance to deal with. After stunning the opponent with Thunder Wave Jirachi will most certainly go first allowing you to take full advantage of Iron Head's 30% flinch rate which doubles to 60% with Serene Grace. Factor that in combination with the 25% chance of full paralysis, and your opponent will drive them selves insane trying to get ANY attack through before Jirachi eventually KOs them. Zen Headbutt offers secondary STAB coverage and also has a lower 20%->40% chance to flinch the opponent albeit at only 90% accuracy. The final moveslot is a tricky toss-up because Jirachi sadly lacks the movepool to properly counter threats that resist Iron Head and Zen Headbutt. Drain Punch covers Steel types that resist both STAB as well as Dark types that have the offensive upper hand, not to mention it gives Jirachi some extra recovery. Thunder Punch gives you an option to more quickly quell the numerous Water types in the metagame that resist Iron Head, and Body Slam offers all around neutral coverage against most threats while also providing paralysis options against Ground types that are immune to Thunder Wave and in general have the advantage against Jirachi's defenses. Finally, Wish offers a form of semi-reliable recovery that could also be used to support your teammates who might want to switch in, though the turn delay is a bit reliant on the flinch rate for conistent support. Leftovers gives Jirachi passive recovery as it kills turns behind that constant flinch rate, and the nature and EVs are invested into defenses to make Jirachi last as long as possible.

Jirachi may not be a crazy powerhouse like many of the other legendaries, but it finds its own niche as an adorable and annoying flinching wall that have your opponents torn between wanting to punch it in the face or hug it death: 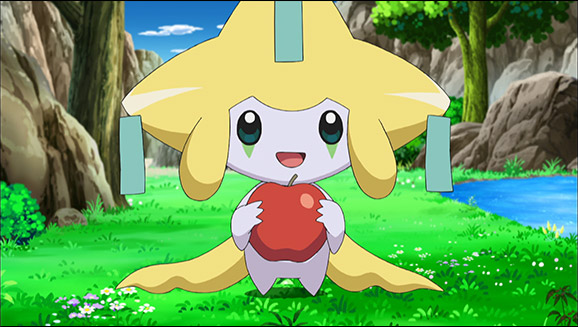 Jirachi, the Wishing Pokémon has enjoyed a healthy degree of popularity throughout the generations. Psychic-Steel is a very good typing, and Serene Grace is heavily abuseable with the right moveset, which Jirachi most certainly has. Base 100 stats across the board is still a decent stat line, allowing Jirachi to perform decently at a multitude of roles. However, that stat line remains decent. Jirachi's fast, but there are plenty of faster threats. Base 100 offenses are useable, but without any powerful setup moves, Jirachi is lacking in power to be a sweeper. 100 HP is... actually pretty good especially in conjunction with 100 defenses, but is not excessively so and Jirachi can be broken through by more powerful threats with ease.

Jirachi has a multitude of moves to harass and disrupt your opponent while acting as a cleric for your team. Base 100 HP Wishes with max health investment are the 2nd most potent wishes in the tier (after Blissey's monstrous Wishes), capable of healing Toxapex and Rotom 2/3 the way up, Ferrothorn and Kommo-o 57%, Tyranitar 59%, (assuming Max HP investment on everything except Tyranitar) which is pretty nice considering most of these don't have any natural recovery outside of Leftovers and Rest. Stealth Rock is a great support option, but if you already have a dedicated Rock setter on your team, Protect to give Jirachi longevity and scout for moves and combos well with Toxic. Encore locks your opponent into a move turning it into setup fodder for Jirachi's teammates, Toxic sabotages bulky threats while Thunder Wave makes speedy threats more manageable. Offensive move is mainly to prevent Jirachi from becoming Taunt bait. Iron Head is great for flinch hax, though is weak without investment (still can 3-4HKO anything that doesn't resist/excessively bulky). Body Slam and Thunder have a respectable 60% chance to paralyze and can be chosen in lieu of Thunder Wave.

Other Options
Healing Wish -sacking Jirachi hurts, but curing Urshifu's Burn or Dragapult's Paralysis can win you the battle on top of the full heal.
Reflect/Light Screen -Dual Screens are always an option, but better in doubles
Substitute -good move and Jirachi has bulky 101 Subs, but Infiltrator Dragapult is definitely a possibility and will wreck Jirachi easily behind a Sub
Calm Mind -Jirachi's best offensive setup move and it has the movepool to abuse it, but runs hard into 4 moveslot syndrome when trying to setup
I was once routed by a Gengar who critted 4 times in a row on my team. Morale of the story; Crits happen and Sucker Punch is good Gengar repellent.

Another potential support set is a Baton Pass set.

For the most part, BP Jirachi is primarily focused on the special side. Calm Mind and Charge Beam (transfer only) both boost Special Attack, with Serene Grace giving Charge Beam a guaranteed chance to boost. Calm Mind and Cosmic Power both boost Special Defense. Ancient Power (also transfer) is more of a gimmick, but has a big payoff if it succeeds.

The rest of the set is focused on helping Jirachi survive. Iron Head and Body Slam can both inhibit the opponent (helped by Serene Grace), as does Thunder Wave.

This set can also be combined with Wish.

I think Headbutt (a HeartGold/SoulSilver move tutor attack) does deserve a mention. Sure, it has neutral coverage, but it still has a 60% flinch rate.
It is sad how Jirachi is nowhere near as good competitively as it was in Generations IV-V.

No, it does not. Iron Head has the same flinch chance, does more damage due to STAB, and nothing is immune to it. There's not a single reason to use Headbutt over Iron Head, EVER.
SMod, One of the writers for the PotW, and someone you'll be hearing from often if you fail to read the rules