Staff member
Admin
Time for the next Pokémon and this week we go to Galar! 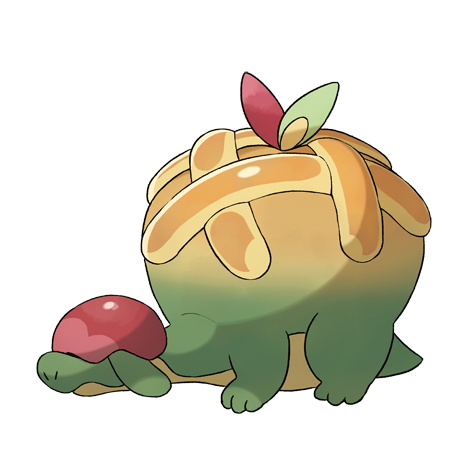 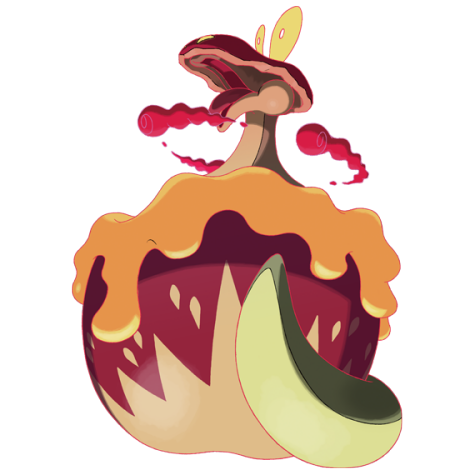 The worse of the two apple dragons. Appletun’s biggest problem is a complete lack of coverage on the special side. Its G-Max form is also only good in doubles

Arguably one of my favorite Pokemon released this generation along with its brother Flapple. It's a really creative design being based off of a worm in an apple as well as being a clever pun on how "worm" (A bug) and "wyrm" (A type of dragon) are homophones. Though what is perhaps most interesting about Appletun is that it is deceptively small being only about a foot tall (I honestly thought it was at least 3 feet tall). 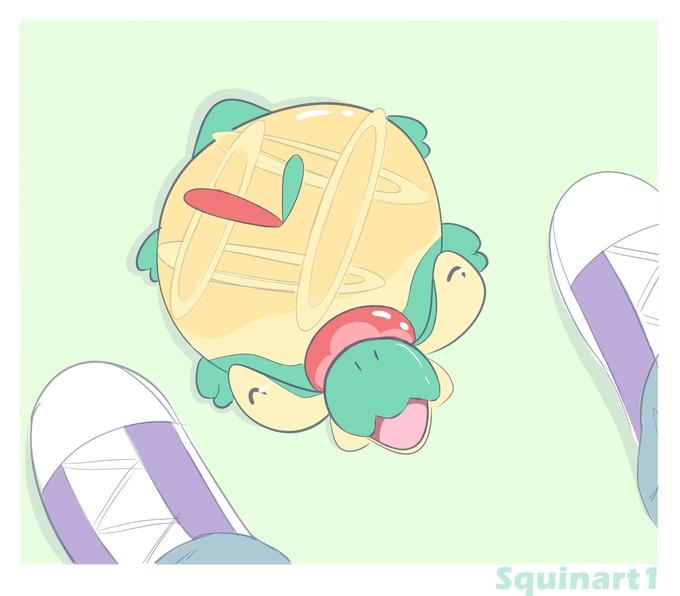 But design and size aside, Appletun is an interesting defensive Pokemon possessing 110, 80, 80 defenses along with a wide assortment of recovery options from Recover, Leech Seed, and even Recycle when used in tangent with Ripen or Gluttony. Its hidden ability Thick Fat even shores its defenses even further by reducing its Ice weakness and granting it a resistance to Fire attacks. Sadly though, its defenses and recovery choices are let down by its less than stellar defensive typing, slow speed, and shallow offensive movepool. It is still a good Pokemon in the lower tiers (It even got banned from one), but if a strong apple Pokemon is what you are shopping for, you may want to stick to its sibling Flapple, though even it suffers from similar issues in the higher tiers.

Set Details:
A defensive set that takes full advantage of Appletun's natural bulk, signature move, and recovery options. Apple Acid is your main attacking move which does decent damage and has the added bonus of dropping your opponent's special defense with each attack and allowing you to hit harder with each subsequent turn, countering any opposing defensive threats. Dragon Pulse is your best and only coverage option and gives STAB, but you can opt to use Protect instead since Apple Acid already has the potential to melt your opponent's defenses. Protect is also good for scouting, not to mention it will work well in tangent with Leftovers as your held item and Leech Seed as an additional damage/HP drain. Last move is obviously Recover which keeps Appletun healthy against stronger offensive pressure. Ability goes to Thick Fat to compensate for poor defensive typing while nature and Evs are poured into HP and both your defensive stats.

Set Details:
A set that plays into Appletun's unique ability Ripen which doubles the effectiveness of held berries. In this case it serves to turn the 25% heal rate of a Sitrus Berry to 50% or a Wiki Berry from 33% to 66%. Apple Acid is again your go-to offensive option which adds offensive pressure with each stat drop it inflicts, but this time we have Recycle in the moveset to restore your held berry once consumed allowing continual reuse of your auto-healing berry once your HP gets into the yellow or red. Leech Seed grants additional residual damage and recovery, and Recover is there as added insurance in the event you can't rely on your held berry and Leech Seed alone.

While not the best Pokemon released this generation, I still can't help but love this portable pet apple pie: 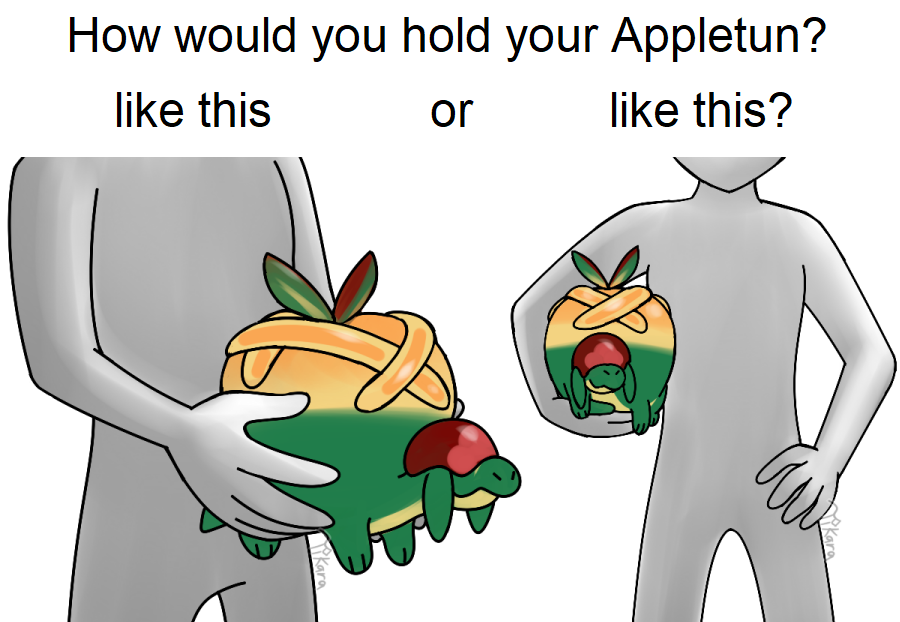 Just as a quick note, I suspect that Appletun and Ripen's very existence is what prompted Game Freak to nerf the pinch heal berries (Wiki, Iappa, etc.) from 50% down to 33%. Since Appletun having access to a full heal when at 25% is too broken it seems.
I was once routed by a Gengar who critted 4 times in a row on my team. Morale of the story; Crits happen and Sucker Punch is good Gengar repellent.

Mestorn said:
Just as a quick note, I suspect that Appletun and Ripen's very existence is what prompted Game Freak to nerf the pinch heal berries (Wiki, Iappa, etc.) from 50% down to 33%. Since Appletun having access to a full heal when at 25% is too broken it seems.
Click to expand...

It's a shame really. Especially for Gluttony users who were reliant on the pinch 50% heal as their only means of recovery (Alolan Muk). Though I would argue 100% heal Appletun with pinch berry would not have been THAT broken given the poor defensive typing.