Staff member
Admin
Time for the next Pokémon of the Week and this week we go to Sinnoh! 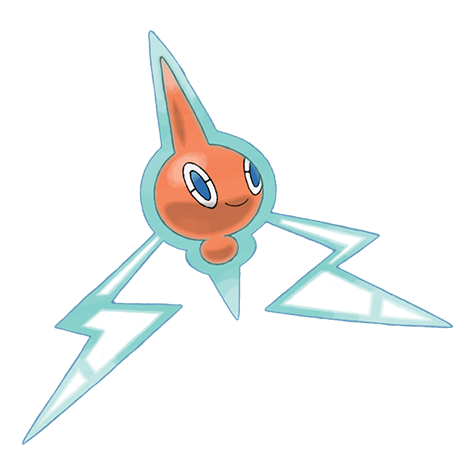 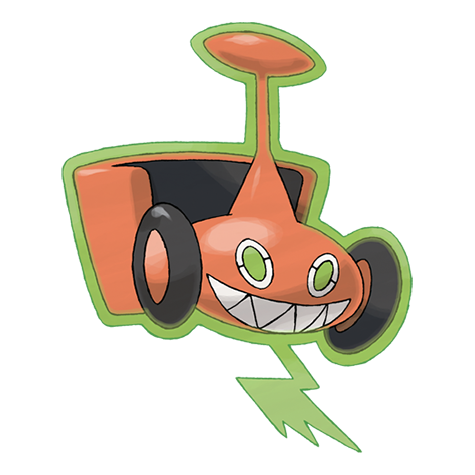 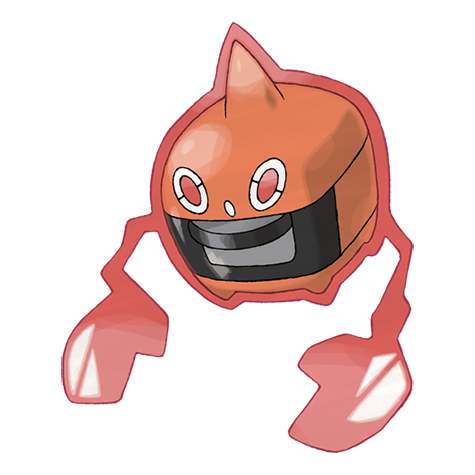 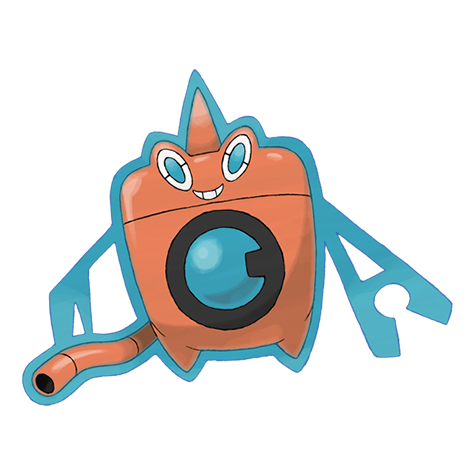 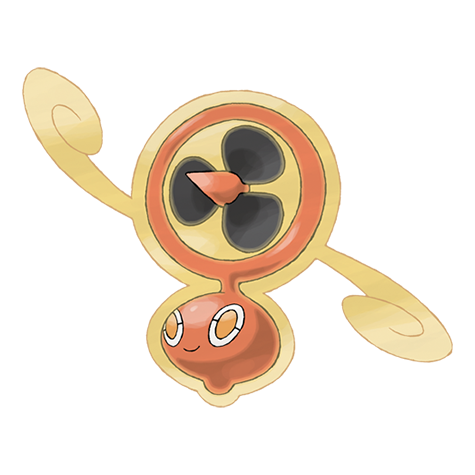 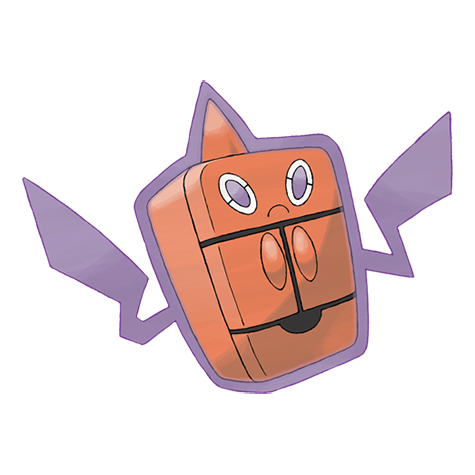 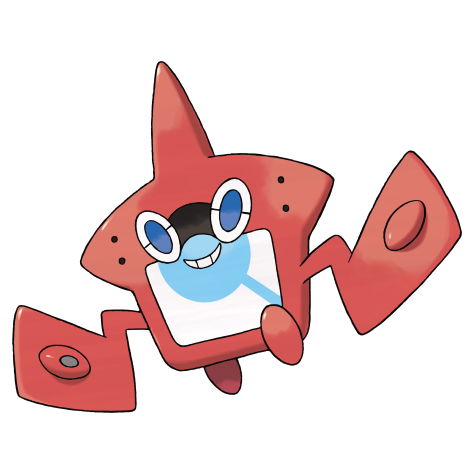 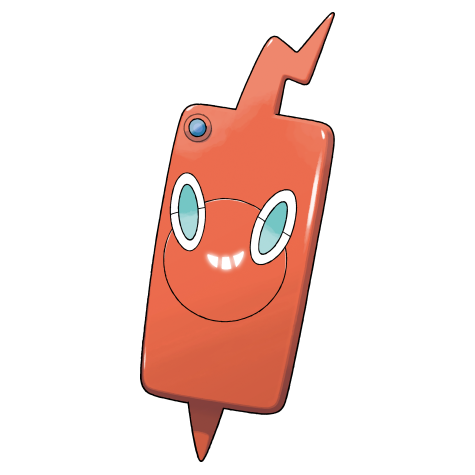 It's Rotom this week!

Hmm...if we are going to make an entry for each form, then going down the image list above, here is a set for Mow Rotom:

Set Details:
A hit and run attacker set. Leaf Storm is your most powerful STAB at the cost of special attack drop but Thunderbolt should be your main STAB option to avoid this. Volt Switch gives you switch in momentum and a means to do damage and remove any stat drops after Leaf Storm. Last move is a choice between neutral attack coverage with Shadow Ball or a means to boost your special attack and/or rectify your stat drops from Leaf Storm. Life Orb boosts damage output as does Magnet for your two Electric attacks, and EVs plus nature go into speed and special attack.

I guess that leaves me with Rotom Heat. Rotom Heat has enjoyed a very successful 8th generation. No longer living in Rotom Wash's shadow, Rotom Heat enjoys its great typing (8 resistances and 1 Immunity via Levitate) thanks to Heavy Duty Boots ensuring that Rotom Heat isn't mangled by Stealth Rocks. Possessing valuable resistances to Grass, Fairy, Flying, Ice and Electric Rotom Heat has no shortage of Pokémon it can come in on and wall.

Bulky Rotom-Heat provides a consistent pivot throughout the battle. Overheat is Rotom Heat's lone Fire STAB and has plenty of power, enabling Rotom-Heat to threaten the plethora of powerful Grass and Steel types running around. Volt Switch is a STAB pivot move, enabling Rotom-Heat to scout for predicted switch-ins and chip the switch-in as Rotom-Heat switches out to a counter (provided they aren't immune to Electric). Thunder Wave and Will-o-Wisp enable Rotom-Heat to spread around status to cripple opposing targets, while one of the moves can be swapped out for Hex to punish status'd targets.

EVs are to max out bulk. Max SDEF was chosen due to the Burn giving effective physical bulk, but investment in DEF or SATK may be considered depending on your needs. Heavy Duty Boots to avoid the sneaky pebbles.

Transfer Only Moves
Toxic - The Third Status move, punishes bulky switch-ins like Chansey and Blissey and no Steel type will willing come in on Rotom Heat bar Heatran who can't do much regardless.
Defog - Rotom Heat is a ground immune defogger not weak to Ice or Electric which is incredibly valuable in avoiding to stack weaknesses
Pain Split - Rotom's only reliable recovery outside of Rest
I was once routed by a Gengar who critted 4 times in a row on my team. Morale of the story; Crits happen and Sucker Punch is good Gengar repellent.

Since we aren't getting a lot of takers, here's a few sets for the most popular competitive form, Wash Rotom:

Set Details:
A tanky set that jumps around the battlefield. One that you can fiddle around with in terms of speed and special attack, but the max HP is a given. Hydro Pump is your main offensive tool albeit inaccurate at times, Volt Switch will be your Electric STAB and allows you to maintain momentum on the switch, Will-O-Wisp punishes physical attackers and is a general annoyance for the gradual HP loss, and Pain Split is your best option for recovery despite being inconsistent at times, though the Leftovers also help with the recovery.

Set Details:
A set that plays into offense more than defense. Set up either Nasty Plot for yourself or Rain Dance for your team and then proceed to unload the hurt. Hydro Pump is a given, but Thunderbolt should be your secondary STAB of choice if you opt to use Nasty Plot, and Thunder if you want to run Rain Dance since it becomes 100% accurate in rain, and the 30% paralysis can come in handy given Rotom's speed tier. Finally, Shadow Ball is just good neutral coverage all around even if Rotom no longer has the STAB to go with it. Invest in speed and special attack this time, but Rotom is already naturally bulky in its appliance forms so keeping Leftovers is still a good idea, though you also have the option to play fast and furious with Life Orb instead if you wish.
Last edited: Apr 19, 2021

Fan Rotom is next. Lauded as the joke among the Rotom Forms, Rotom Fan actually has a bit going for it. As noted on Zapdos' review, the Electric Flying combination is fantastic defensively and offensively, and Rotom Fan can definitely abuse it defensively. Rotom has a generally good moveset that all of the forms can abuse and Rotom Fan is no exception.

So what is wrong with Rotom-Fan? Well, it has the same ability as all the other Rotom Forms. Levitate. The ability that grants most of the same benefits as being a Flying Type. Which Rotom-Fan is. So yeah, a normally great ability, utterly useless. Air Slash, while being the most accurate of the unique Rotom-Form moves, is far weaker than the rest (as Air Slash was the strongest Special Flying move aside from Aeroblast when Rotom-Fan was made) , and Rotom does not get any other Flying moves to abuse its secondary STAB with (and as Zapdos can attest, access to STAB Hurricane is a nice boon). Additionally, not having access to Roost also makes Rotom-Fan's bulk begin to pale in comparison to Zapdos as the lack of reliable recovery hurts a lot.

This set is meant to abuse Air Slash and make Rotom-Fan as annoying as possible as a Togekiss-lite. Air Slash has a nice 33% chance to Flinch and is STAB, being the work horse of this set. Thunderwave provides team support, enables Rotom-Fan to outspeed many more targets and provides a 25% chance to not act. Confuse Ray further decreases the likelihood of the opponent attack by providing another 33% chance of not attack. So with Air Slash and Paralysis, that is about a 49.75% chance the opponent won't be able to move. Add in Confusion, and your opponent only has a 1/3 chance to move. Volt Switch is secondary STAB and allows Rotom Fan to pivot around and more easily spread Paralysis.

Kings Rock is for more Flinch chance, Leftovers gives Rotom-Fan more longevity over longer battles. Nature and EVs are to maximize damage and speed, so Rotom-Fan can outspeed as many targets as possible.
I was once routed by a Gengar who critted 4 times in a row on my team. Morale of the story; Crits happen and Sucker Punch is good Gengar repellent.

I might as well close out with the last of the Rotom forms. Last but...okay maybe it is least...we have Frost Rotom!

Set Details:
Poor Frost Rotom...You could have been awesome as the first Pokemon to officially run the infamous BoltBeam coverage as STAB, but GameFreak just HAD to give you Blizzard instead of say "Frost Breath" as your Ice STAB. So now instead of flawless and accurate coverage, we have flawless and inaccurate coverage. Oh well, it's not like Frost Rotom would have been a top tier threat even without an accuracy issue, and honestly I think I'd rather run a Slush Rush Arctizolt any day. Thunderbolt is an obvious attacking move, as is the exclusive and powerful (But 70% accurate) Blizzard, but the latter needs Hail in order to compensate for the lower accuracy and even gives a little chip damage on the side. The last slot is up to your playstyle. Shadow Ball round out the Electric/Ice coverage in terms of offense, Thunder Wave is good for speed control for Frost Rotom and the rest of the team, and if you can manage to get in a Nasty Plot alongside setting up Hail you can dish out some serious cold shock to the opposition. Nature, EVs, and item choice can be used to either make Frost Rotom a sweeper or a tank depending on what you are looking for.