Staff member
Admin
Time for the next Pokémon 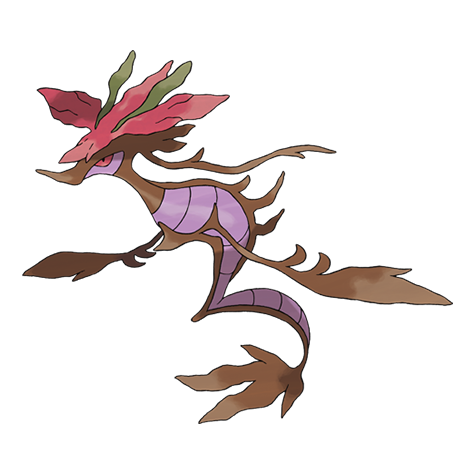 I’ll be honest; this set is not really meant to be taken seriously. I just noticed that Draglage is one of the few Pokémon to learn Poison Tail and thought it would be funny to build a set around tail-related moves. If you do want to use it, be my guest. Poison Touch is here because all of the moves make physical contact. Draglage’s poor Speed is the reason why it has a Brave nature & the reason for the Quick Claw.

BillyBobJoe said:
I’ll be honest; this set is not really meant to be taken seriously.
Click to expand...

I have two gimmick sets in mind tho. Both involving Camouflage.

Since Wi-Fi terrain is Normal-type by default, and if you're on lower tiers with no Tapus nearby, Z-HyperBeam gives you a surprise attack in the form of maximum full power. Even though you'll need to rely on Dragon Pulse for neutral hits if you're facing a Ghost-type. Focus Blast is there in case a Rock or Steel-type tries to wall you. I recommend to give it a pull in singles.


Now here's something good to toy with at doubles:

Well, for doubles and higher tiers where Tapus are present, it turns out to be a whole different story. So how about telling Obi-Wan Kenobi that you also "have the high ground" too? Be a symbiont to your partner Tapu... or even a parasite to your opponent's Tapu. Make use of their terrain to put Camouflage into action and use the respective moves on the respective terrain. Sludge Wave is always there to get rid of your opponent's Tapu when you don't need it anymore. A partner with Trick Room could be the cherry in the top of the cake, since Tapu Lele is the only Tapu where Dragalge is having trouble to pull any trick onto.
Last edited: Jun 17, 2018
"Zé Capáu attacks on the night!"​ 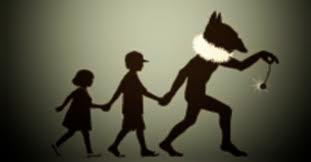 The general consensus on Dragalge will probably go something like this:

Dragon/Poison is a good typing that covers its bases well enough, and a decent 97 Sp. Atk backed by Adaptability is great, but its Speed kills it so much and the low health isn't exactly a selling point when you're using it as a bulky attacker or Toxic Spikes spreader. Dragalge nowadays will always be compared to Naganadel despite their differences in roles and stats, but even without a decent Fire move to give it an answer to Steel types beyond Scald rng or avoiding them altogether with Dragon Tail, it can still pull its weight in the lower tiers.

Upstaged by an Ultra Beast! Poison/Dragon is a very interesting type with many good resistances including Fire, Water, Poison, Electric, Grass, Bug, Fighting, and Fairy. Unfortunately it only hits 3 types for STAB Super Effective damage which include Dragon, Fairy, and Grass.

I really like Dragalge, it has good bulk, its offense is deceptively power with Adaptability, and it has one of my favorite moves in the game, Venom Drench. However, its slow speed + weaknesses to the common Ground and Ice types hurts majorly (with weaknesses to Dragon and Psychic not helping either), its STAB is walled by Steel types, and no reliable recovery. But hey, that's what teammates are for right?

Dragalge is a great case study why pollution is bad. First, "pollute" an area with Toxic Spikes. Then, anything wandering in (sometimes "helped" in by Dragon Tail), is poisoned and slowly starts wasting away. Venom Drench makes fighting out of the mess impossible, while Dragalge accelerates the process with Adaptability boosted STAB attacks. Now scale this operation up to that of a Biome and you have what pollution does to our seas (minus the Adaptability boosted STAB attacks). Item is for recovery. Ability is the most useful. EVs buff up SDEF and give Dragalge the speed to outrun slower opponents. Sludge Wave is recommended as STAB of Choice, as the only things you can't phaze out with Dragon tail are them and of them, only Mawile and Klefki don't mind Sludge Wave (run from those two). Poison types also cause this set problems, sucking up the Toxic spikes.

Preferred Partners
-Ground types -Strong against Poison and Steel types, who often ruin Dragalge's poisoning shtick and often have high DEF to complement Dragalge's high SDEF.
-Golisopod -has high DEF to complement Dragagle's SDEF, resists Ice and Ground and scares STAB Psychic users (who are often the only ones carrying Psychic) and synergizes well with Dragon Tail with Spikes support. Dragalge in return pivots into opposing Electric types
-Gardevoir -Psychic STAB takes care of most opposing Poison types, while its Fairy typing makes it a great pivot for opposing Dragons.
-Setup Sweepers -Venom Drench softens an opponents offense, making it easier to come in and setup. Spreading Toxic around help soften the opposing team up, ensuring that no one is at full health to face your sweeper.
-Salazzle -really only being mentioned for Corrosion. Salazzle likes the Water resist that Dragalge provides, and Salazzle can pivot into Ice attacks, but common weaknesses in Ground and Psychic make Salazzle less attractive.
Last edited: Jun 21, 2018
I was once routed by a Gengar who critted 4 times in a row on my team. Morale of the story; Crits happen and Sucker Punch is good Gengar repellent.

Summary
Until the rise of the Ultra Beasts, Dragalge packed a unique typing that makes it an offensive powerhouse and useful defensive tool to this day. Dragalge's STAB moves, while coming off an underwhelming base 97 Sp Atk, hit ridiculously hard with Adaptability and even moreso when equipped with items such as Choice Specs. On the other hand, Dragalge can use its typing to soak up incoming Fighting, Poison, Electric, Bug, Water, Grass and Fire moves and both absorb and set up Toxic Spikes for teams that seek to abuse them.

However, like many hard-hitting Pokémon, Dragalge is abhorrently slow and liable to be OHKO'd by any decently powerful Earthquake. Its otherwise great STAB combination is resisted by popular Steel-types, many of which can retaliate with physical moves of their own. Finally, Dragalge's lack of viable instant recovery moves leaves it liable to chip damage from repeated switch-ins, especially when entry hazards are on the field.

Strengths
- Potent offensive pressure with Adaptability and two powerful STAB moves in Draco Meteor and Sludge Wave
- Useful defensive typing and a good Sp Def stat
- Access to Toxic Spikes, which it can set up by forcing switches with STAB moves

Weaknesses
- A crippling weakness to one of the most ubiquitous offensive moves in the game, Earthquake
- Vulnerable to all forms of entry hazards bar Toxic Spikes, compounded by a lack of reliable recovery outside of Black Sludge/Leftovers
- Low Speed that means it will almost always take a hit in a 1v1 situation
- Dependent on weaker coverage to break through many Steel-types, a popular defensive typing

Countering Dragalge
In the upper tiers, Dragalge is hard-walled by the twin monsters of Chansey and Blissey, which can set up hazards, chip away with Seismic Toss and even heal their team of Poison to boot. Bulky Steel-types also work well, though they must beware of coverage such as Hidden Power Fire. Though many offensive Pokémon struggle to switch in, fiends such as Landorus-Therian, Kyurem-Black and Alakazam eat Dragalge for breakfast with their STAB moves.

In environments where Dragalge is more at home, reliable counters are fewer in number given the sheer power of Draco Meteor, but they still exist - Snorlax is prime example of a Pokémon that can take the hit and retaliate back on Dragalge's weaker Def stat. It may often be easier to revenge kill Dragalge rather than countering it, especially if it has suffered a Sp Atk drop as a result of Draco Meteor. Dangerous sweepers such as Feraligatr can even set up in such circumstances.
Last edited: Jun 21, 2018