Staff member
Admin
Time for the next Pokémon of the week and, as this coming week will be the last with Sword & Shield as the only Gen 8 Pokémon game, we go to Galar and take on a Legendary Pokémon! 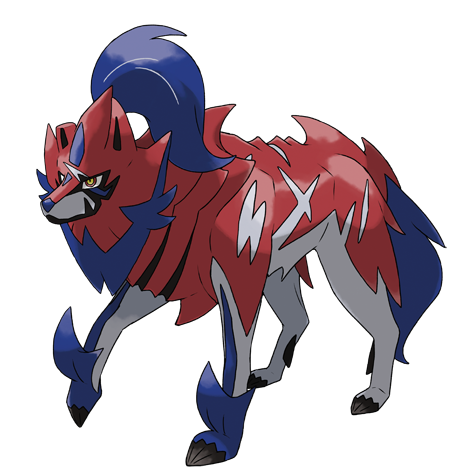 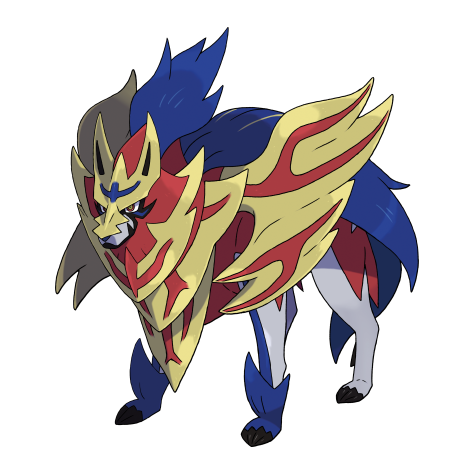 Anyone else think it's ridiculous that Zamazenta does not learn Body Press? STAB and it auto boosts defense. What a waste!
S

XaelOstigian said:
Anyone else think it's ridiculous that Zamazenta does not learn Body Press? STAB and it auto boosts defense. What a waste!
Click to expand...

Zamazenta, the cover Pokémon of Shield and counterpart to Zacian... How did Game Freak drop the ball this badly? You'd think that Gamefreak would try to make the two cover Pokémon balanced to the point that they would be each other's counter. Nope. Zacian is FAR better than Zamazenta due to its far superior typing and more optimized stat spread. Even movepools are in Zacian's favor, as Zamazenta is missing several key tools that would turn it into a unstoppable bulwark.

First is, as mentioned before, Body Press. Without a reliable Fighting STAB that runs off its defense, if Zamazenta wants to go on the offensive, it has to use the unreliable Reversal, or the defense sapping Close Combat (which normally isn't bad, but when you are known for Defense, it is rather contradictory). Second is Recovery. The best walls in the game have a reliable way to recover their HP. Zamazenta only has Rest to rely on, and RestTalk isn't fantastic when taking in account the serious problems its STAB coverage has, leaving a case of four moveslot syndrome (Ubers is notoriously anti Fighting due to the number of Psychic, Ghost, Xerneas and Flying types running around). Third is the Rusted Shield. While yes, Steel Fighting is much better than vanilla Fighting defensively, due to the many excellent Steel types, every team is prepared for them. The +30 to both defenses is great, but it comes at the cost of Zamazenta's item slot, and thus it can't hold Leftovers or a berry, leaving it completely unable to recover. Fourth is its boosting movepool. With such high defenses, it is easy for Zamazenta to accrue several boosts and attempt to go for a sweep. However, its only boosting moves are Work Up and Howl. No Swords Dance. No Bulk Up. So even with its high defenses, Zamazenta has difficulty snowballing for a sweep. Finally, it can't Dynamax. While yes its Behemoth Bash is punishing in Dynamax formats, the ability to self buff with Max Knuckle and Max Steelspike along with the increased bulk is sorely missed.

Zamazenta does have a lot going for it. Its Attack and Speed, while not as good as Zacian's are certainly great. Its high defenses means that it will easily live through all but the strongest attacks, enabling it to get multiple attacks off, and its has a just wide enough coverage to cover most switch ins. It is just compared to its fellow Uber counterparts, it could have so much more.

Howl Zamazenta. Using its defensive profile, switch in, Howl to setup and start smashing into the opponents team. Zamazenta's fantastic Speed is only natively outsped by three Uber Pokémon (Calyrex Shadow Rider, Pheremosa, and Zen Mode Garmanitan) along with Regieleki, making Zamazenta extremely frustrating to revenge KO. Close Combat is bread and butter STAB, hitting anything that doesn't resist it hard. Crunch preys upon the many Ghost and Psychic types in the tier, and pairs well with Fighting STAB. Play Rough and Wild Charge are more niche cases -Play Rough gets Rayquaza, Palkia, Zekrom and Zygarde, while Wild Charge slams Kyogre, and Ho-oh and both get Yveltal. Iron Head gets Xerneas and Uncrowned Zacian.

Other Options
Metal Burst -DON'T. Metal Burst does not have negative priority, so if Zamazenta moves faster than the opponent (and it often will), then Metal Burst does nothing.
Coaching -only viable in doubles, and even then Zamazenta would prefer Howl as at least it can benefit from the setup as well (Coaching does not boost the user)
I was once routed by a Gengar who critted 4 times in a row on my team. Morale of the story; Crits happen and Sucker Punch is good Gengar repellent.