Staff member
Admin
Time for Week 2 of our Brilliant Diamond & Shining Pearl celebration, and no prizes for guessing who is next 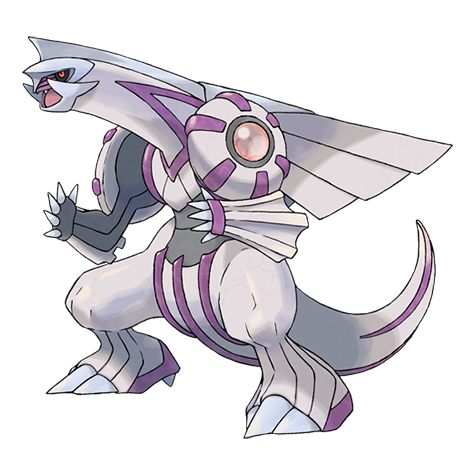 I was expecting Giratina

Joking aside, Palkia, like Dialga has remained a consistent footnote throughout the generations. The loss of Mega Evolutions and Primal Groudon has beathed new life into Palkia. Water Dragon is an amazing typing, the only resists being Water Fairy, Water Steel, Grass Fairy, Grass Steel, and Dragon Fairy. With such a narrow selection, it is easy for Palkia to tear holes into teams that don't have an answer to switch to now that Primal Groudon is gone. And its defensive profile is usable too, being able to blank Kyogre's terrifying Water Spouts, Ho-oh's Sacred Fires and endure Necrozma-DM's Sunsteel Strikes.

However that is about it for singles. Many non-Mega faster threats have been introduced that just eat Palkia alive (Marshadow, Calyrex-Shadow Rider, Zacian, Xerneas, Eternatus). Additionally, thanks to the less than perfect accuracy of Hydro Pump and Spacial Rend Palkia can be less reliable than you want a Pokémon of its caliber to be.

In doubles Palkia is problematic for both Sun and Rain teams. Rain powers up Palkia's Hydro pumps to new heights, and none of the weather setters (Pelipper, Kyogre, Torkoal, Groudon) handle Palkia well. Palkia's wide neutral coverage as well as favorable matchups against staples such as Grimmsnarl, and Landorus-T, on top of being a Water type that isn't weak to Rillaboom's Grassy Glide gives it a small niche. Like Dialga, Palkia's speed tier, while awkward normally can easily reach advantageous positions with both Trick Room and Tailwind.

Between Water, Ground and Dragon, Palkia hits nearly everything neutrally and a good chunk of the staples for Super Effective damage. Otherwise, not much to say, Palkia comes in, hits for stupid damage. Dynamax is really good, boosting Palkia's power to new heights, making it stupidly bulky and having a defensive scaling Dynamax with Max Wyrmwind and Max Quake while providing weather disruption with Max Geyser.

Other Options
Flamethrower/Fire Blast -Great for getting Venusaur on Sun Teams, though Spacial Rend does stupid damage normally.
Thunderbolt/Thunder -Punishes opposing Rain even harder and provides an answer for Tapu Fini.
I was once routed by a Gengar who critted 4 times in a row on my team. Morale of the story; Crits happen and Sucker Punch is good Gengar repellent.