Staff member
Admin
Time for the next Pokémon of the Week and this week we go a bit Legendary! 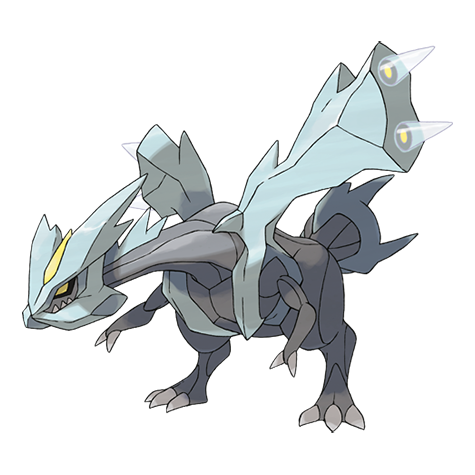 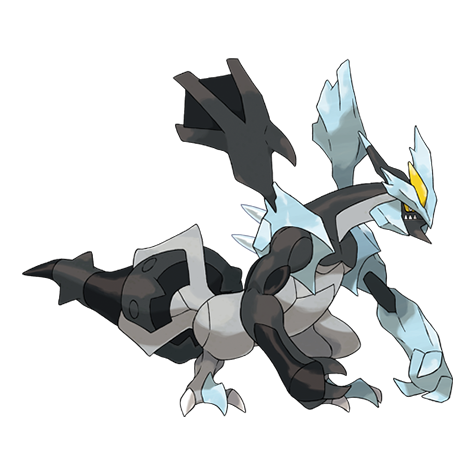 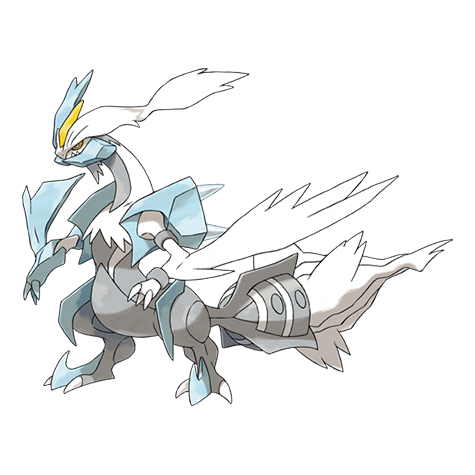 Master of the freak show

I don't think I've used Kyurem-White once this generation, and Kyurem-Standard isn't something I use very often either, so I'll drop a couple Kyurem-Black sets. They're pretty standard, but with Kyurem-Black's rather shallow movepool there isn't a whole lot of room for innovation.

Generation 7 finally gave Kyurem-B what it always wanted. Well, kind of. An Icium-Z allows Kyurem-Black to turn Freeze Shock into an absurdly powerful Subzero Slammer, giving it a one-use physical Ice move that absolutely obliterates nearly anything that doesn't resist it and takes hefty chunks out of even things that do. Kyurem-B's Subzero Slammer is one of the single strongest moves in the entire game, and nearly guarantees at least one KO if Kyurem-B is played decently. Once you've used up your Z-Crystal, he unfortunately has to resort to the much weaker Ice Beam as an Ice STAB, which not only has a lower base power but also works off of his lower (but still decent) Sp. Atk stat. Fusion Bolt forms the BoltBeam combo with his Ice STABs, hitting most of the game for at least neutral damage. Lastly Earth Power is useful for certain things that might try to sponge his Subzero Slammer, such as Heatran, Mega Aggron, Magearna, and Rotom-W. Overall a rather straightforward and rather easy to use Pokemon.

The classic LOKB set is as good as ever in Gen 7, taking advantage of Kyurem-Black's great coverage, fantastic mixed offensive stats, and ability to heavily pressure slower, bulkier teams. This team is actually somewhat similar to the Icium-Z set, but instead of having a one-time physical nuke in Subzero Slammer, it invests heavily into Special Attack to give its Ice Beams more power and deal more consistent damage. Roost is used in the last slot to give him some staying power, especially against defensive Pokemon, letting him do some serious damage to stall and balance teams.

On both sets, Hidden Power Fire is an option over Earth Power if hitting Scizor and Ferrothorn (without resorting to your Z-Move) is deemed more important than hitting Heatran and Rotom-W, as well as generally dealing more damage to most other Steels. Dragon Claw and Outrage are usable but not really all that viable as Ice/Electric/Ground coverage is far more valuable, and locking yourself into Outrage in the currently Fairy-infested metagame is usually suicide, while Dragon Claw is rather weak. Lastly Iron Head is a cute way to slap around things like Clefable but not all that useful outside of that. You can also play around with your nature and run +Attack or +Sp. Atk natures over +Speed natures, if you desire more power at the cost of missing out on some important Speed benchmarks, such as outpacing Jolly Landorus-T.

Kyurem-B appreciates teammates that can capitalize on the massive holes he can punch in opposing teams, such as Volcarona and Tapu Koko, as well as teammates that do well in the matchup versus opposing variants of hyper offense, in which Kyurem-B might struggle, such as Ash-Greninja, Mega Alakazam, and, again, Tapu Koko. Tapu Koko is an all around ideal partner for Kyurem-Black as it can pivot him in with U-Turn or Volt Switch, Electric Terrain gives Kyurem-Black's Fusion Bolts a pseudo-STAB, giving him a strong physical attack to use when he's fired off his Subzero Slammer, and Koko apreciates Kyurem-Black being able to check bulky Grasses like Tangrowth, Tapu Bulu, and Mega Venusaur.

"Do not confuse darkness and light with evil and good. Real life does not deal in absolutes, not extremes. All life falls on a spectrum, and all life has capacity for both good and evil. Judge me only by my actions and my words, not by the words of others. I have made mistakes... but I do what I do because it must be done, and because there is no other who would. No other that could."

Can't you just use black text? The very bright cyan and yellow texts are hard to read on white backgrounds.

Kyurem sets itself apart from other Icy Wind users with its Turboblaze ability, which allows it to reduce the speed of Metagross prior to mega evolution, so it can catch it on the switch-in and then outspeed for the KO with Fusion Flare. Unfortunately for Kyurem, it still can't reduce the speed of Solgaleo as its Full Metal Body is simply too tough to pierce even with Turboblaze. In the rare case of Serperior showing up, it also reduces the speed of that as Turboblaze bypasses Contrary. Lurantis is a bit more commonly played and is also slowed down, but Lurantis is already so slow that it's usually not important. Draco Meteor is the nuking option, and can OHKO Primal Groudon depending on builds and damage rolls (Modest guarantees the OHKO on max-HP+Atk Groudon, but not on max-Sp.Def+Atk Groudon). Ice Beam is the reliable STAB move, use it to get good damage without destroying your own offensive might. Fusion Flare hits Steel types like Dusk Mane Necrozma, Ferrothorn, Kartana, and Metagross, and hits particularly hard in strong (or extremely harsh) sunlight. Unfortunately for Kyurem depending on builds Solgaleo naturally outspeeds and Kyurem can't slow it down with Icy Wind either.

Is it any good? Meh, its typing holds it back a lot. Resisting water is really nice, helps against Kyogre. Resisting Electric is nice too. But a Fairy weakness isn't as nice with Tapu Lele and Xerneas being as common as they are, and a Steel weakness isn't as nice either with a lot of teams running Steel coverage to cover Xerneas. It does have Fusion Flare to cover Steel type users, but Solgaleo outspeeds, Metagross sometimes runs Bullet Punch, Dusk Mane Necrozma can Ultra Burst and then outspeed for the KO with Sunsteel Strike (although it is slower if hit by Icy Wind first, and if the Ultra Burst is predicted can get hurt a lot by Ice Beam), and Fusion Flare is also useless if the Steel types are covered by Primal Kyogre. Icy Wind is nice, but not spectacular. Base 170 Sp.Atk is nice, but without a weather boost like the Primals falls a bit short. It also lacks spread damage. Blizzard would work but is hindered by poor accuracy and the impossibility to keep hail up (or even getting it started) in an environment dominated by Hoenn legendaries.
Last edited: Apr 28, 2019

Background Information - Kyurem, the Pokemon who broke the third version trend.
I always found Kyurem to be an interesting concept as the third member. Whereas Reshiram and Zekrom represent truth and ideals, Kyurem represents an emptiness that desires to be complete, hence Black and White Kyurem. However what's most interesting is that everyone was expecting a Pokemon "Grey" version but instead GameFreak broke the trend with Kyurem and instead of getting enhanced versions, we got something much more amazing, sequels. Not only that but players for the first time got to witness the terrifying power of a legendary not through some villainous explanation but by action as Colress's "Kyurem Cannon" succesfully froze Opelucid City. It's even more terrifying in Pokemon Generations where you actually get to see it's citizens frozen alive. In fact Kyurem's most famous appearance is arguably Pokemon Generations, especially when fans started making memes about N shocked about how Pokemon can fuse. In the anime canon, he's seen as the strongest dragon-type and the one that all dragon-masters fear due to it's control over ice, testing Keldeo's courage as a warrior. Whether you thought the movie was bad or not, you have to admit he was pretty intimidating when this massive dragon hopped on the train like it was nothing. In the Adventures canon, this Kyurem is more faithful to the games as it desires to be complete, as in it wants to do absofusion with Zekrom and Reshiram no matter what and this makes him quite the dangerous player as he can render these powerful legendaries useless once he has the DNA splicers. Not only that but unlike the games, Colress uses Kyurem to freeze multiple cities rather than just Opelucid. However what's interesting is that the games never shown how Team Plasma got Kyurem and it is here in the manga that an excited Colress battles and outsmarts Kyurem, living up to his reputation as one of the strongest trainers in the game and Adventures canon.

So Kyurem is a bit of an underpowered legendary. It has an impressive physical attack and yet practically no good physical moves to support it and it's signature move "Glaciate" is at a low 65 BP that can slow down opponents. Your probably thinking, they probably just did that to balance a buffed up Icy Wind. Well then how do you explain the 140 BP Freeze Shock and Ice Burn for his buffed up counterparts? You really have to wonder what the heck is going on with the GameFreak's Devs into designing this Pokemon. Although one could say that Black and White Kyurem are the buffs, still doesn't change the fact that the original Kyurem is severely underpowered, especially with that ice-typing. Anyways, at best, he can be a special attacker to reckon with and with hail, he is arguably the best Blizzard user outside of well... Black & White Kyurem.

So you know how I said the original Kyurem needed a severe physical buff? It's the reason why Kyurem Black is considered a "mixed attacker" in the first place, not because it's one of it's best advantages but because it's forced to due to limitations. Anyways it's pretty much your basic wallbreaker but some may opt for Icium Z due to Freeze Shock's 2-turn charge. You can go for choice band however but I wouldn't recommend it due to a lot of bulky water types that can play around with it, like Toxapex.

Same as Kyurem White only a powerful special attacker with more freedom of choice. So much freedom of choice that you may not actually want to use Ice Burn + Icium Z unlike Kyurem Black who is more reliant on it.

I guess it's a bit like Necrozma. Regular Necrozma is also essentially useless compared to its other forms. Regular Kyurem gets Glaciate, but Kyurem-White can hit harder with Icy Wind than regular Kyurem can with Glaciate, and Kyurem-White can take advantage of Turboblaze with it, which leaves Glaciate essentially useless. It'd be nice if Kyurem could keep Glaciate even when assimilating Reshiram, but for some reason it can't. It's also a bit too bad with its abilities. Turboblaze and Teravolt aren't necessarily bad, they do allow it to get past Mega Venusaur and Mimikyu relatively easily for instance, or ignore Lugia's Multiscale, but they don't really help its poor STAB movepool, and Multiscale Lugia isn't all that common right now with its poor distribution in gen 7 either. If it had Refrigerate as an ability instead it'd be able to use Hyper Voice on special sets, or Hyper Beam. Or use Return on physical sets. Or if it had some way to set up Hail in the face of the Hoenn legendaries, like its own extreme hail setting ability (although it doesn't get Aurora Veil, it'd at least be able to use Blizzard).

There's so much they could've done with Kyurem to make it more viable. Extreme hail, Refrigerate, skipping charge turns on Freeze Shock and Ice Burn in hail... but it doesn't get anything noteworthy to carve itself a big niche other than being an ice type with fire moves (which is neat, but not too valuable)

Edit: It doesn't even get Ice Shard. That'd have been a fun move on Kyurem-Black, and with Teravolt it could even bypass Tsareena's Queenly Majesty with it.
Last edited: Apr 29, 2019