Staff member
Admin
Time for the next Pokémon of the Week. This week we have an Alolan Form! 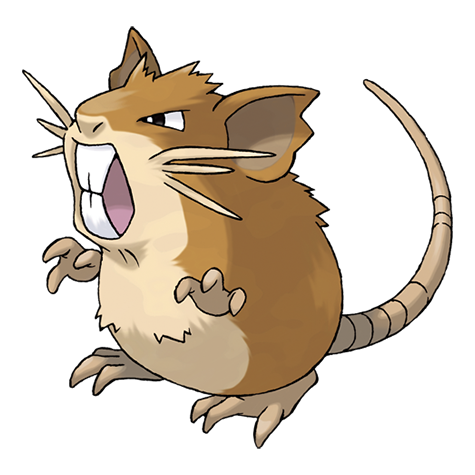 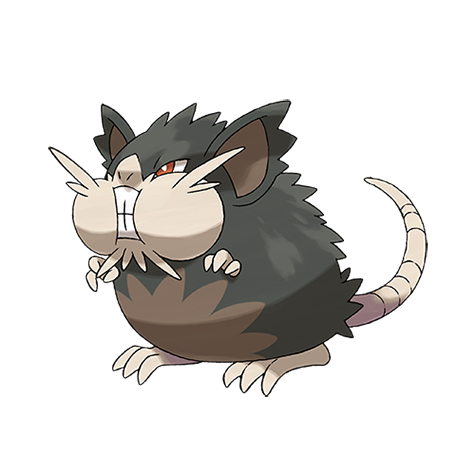 Raticate, the final form of Rattata who is for many people the first wild Pokémon that they encountered. However, Raticate is the epitome of a common 'mon. You will see it everywhere in the main game, where it will be a minor annoyance, while in competitive Raticate is nowhere to be seen, being outclassed by so many normal types. Even if Raticate isn't in the top percentage of Pokémon, it can pack a surprising amount of power.

Raticate can pack a surprising amount of power. After coming in and getting both a Swords Dance and Guts Boost, Raticate is ready to show the world what it can do.

As the numbers show, it doesn't matter how bulky you are, if you come into Raticate after it has setup, and are not packing a Resist/Immnity to it's normal STAB, it will eat you alive or get every close. Bulky Pokémon with resistances or immunities have an easier time, forcing Raticate to use one of its coverage moves. That is not a free pass however, as even they need defensive investment to survive (or be Regirock).

However all this power comes at a price. Raticate is put on a strict timer with Flame Orb, with its vulnerability to passive damage driving down the timer even faster. Also Raticate NEEDs to nab the OHKO, as everything on the above list except Claydol and Alolan Sandslash can easily nab a OHKO on the burning mouse. Raticate only clocks in at a base 97 SPE, which while surprisingly good, means that Raticate is prone to being revenge killed by anything with Priority or a Choice Scarf. Sucker Punch can alleviate some of these pains, but requires good prediction as a misclick just drives down the burn timer.

Furthermore, Raticate is very frail, which makes finding opportunities to setup difficult to find as Raticate rarely scares anything out before setting up.
Last edited: Jun 2, 2019
I was once routed by a Gengar who critted 4 times in a row on my team. Morale of the story; Crits happen and Sucker Punch is good Gengar repellent.

Mestorn said:
Nature: Adamant (+ATK, -SATK) or Jolly (+SPE,- SATK)
Raticate only clocks in at a base 97 SPE, which while surprisingly good, means that Raticate is prone to being revenge killed by anything with Priority or a Choice Scarf. Sucker Punch can alleviate some of these pains, but requires good prediction as a misclick just drives down the burn timer.
Click to expand...

It's worth noting that if you're running Adamant over Jolly, then Raticate's speed is only equivalent to that of a speed natured base 84. In other words, it's slower than standard Heracross. You generally want to go Jolly with Raticate since speed is its main advantage over Ursaring, who runs a similar set but with more power and bulk.
SMod, One of the writers for the PotW, and someone you'll be hearing from often if you fail to read the rules 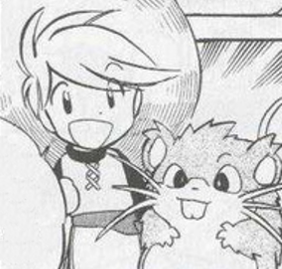 Mato's design of Raticate, just so freaking adorable.
Raticate, a well-known yet underused Pokemon in the series if you think about it. The most fame it literally got from the games was a Youngster Joey memeing about his special Rattata and Blue Oak giving up on Raticate after finding it too weak to be on his Pokemon team, some assuming that he released it back into the wild. However in Pokemon Adventures, everything changed as Raticate is not only one of the major team members of Yellow's party, it was her very first Pokemon she caught as a Rattata thanks to a fateful encounter to Red. Since then I struggle to wonder how did the first Pokemon Adventures Artist, Mato, made Raticate look so freaking cute. Have you seen Ken Sugimori's work? It looks like an accurate representation of a hostile rat about to bite you. Here in the picture above, he looks like your best pal. Weird huh?

Trainers who caught or befriended the Raticate Evolution Line
Blue (Rival, Games)
Yellow (Pokemon Adventures)
Youngster Joey... and a lot of other Youngsters. Why? (Games)

So Raticate's favored playstyle since abilities were introduced is making use of it's ability with Guts which of course involves Facade and Protect but for those who want the extra fire power, Swords Dance is good too but some might not prefer to waste it on Raticate since his speed isn't that good to outspeed a lot of Pokemon but if successful, Raticate's Facade hits like a truck, able to one-shot a Garchomp... if you find a way to outspeed it. I don't know about you but I bet Raticate would be a lot more viable if GameFreak increased his speed. Honestly it's through this Pokemon, you see why Smogon tiers were created, to give Pokemon like Raticate a fighting chance.

So this is an annoying Raticate set but it's only as efficient as the team... as in you literally need to build a team partly around Raticate. Specifically have a "Follow Me" Pokemon in Doubles because obviously the chance of this Pokemon still getting one or two-shot is pretty high in doubles.

Just for fun, it's only as viable as the gamble itself. Well I suppose sending out Raticate is itself a gamble.