This week we're focusing on Magnezone! 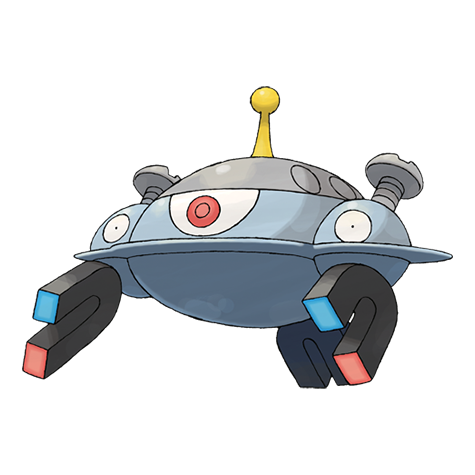 Set Details:
Trap, tank, and terrorize. Cripple their speed with Thunder Wave, hit hard with your STAB, and then cover your resisted options with Body Press or Tri Attack. Perfect for countering Steel types with Magnet Pull. 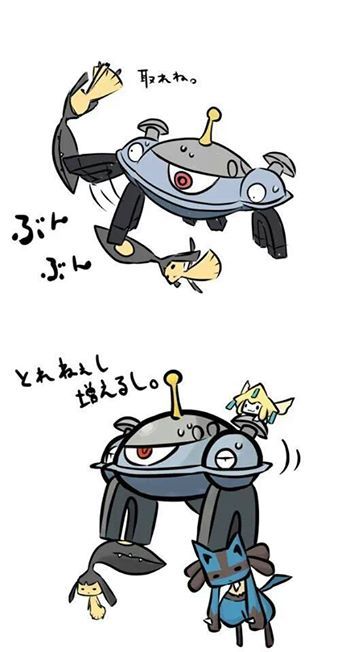 Set Details:
My attempts at making a sweeper. Invest in special attack and mostly speed, but if even that won't cut it then paralyze your target with Thunder Wave. Thunderbolt and Flash Cannon are your primary attack moves, and finally Charge Beam can boost your offensive output further and can be used to KO targets that fail to be one hit KOed by your STAB to increase the odds your next attack will be a 1HKO. 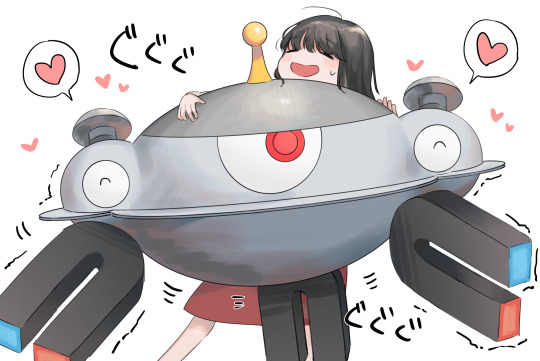 Set Details:
A slow tank set that utilizes Analytic as its ability. Thunderbolt and Flash Cannon as per usual, Volt Switch allows you to pivot to other teammates effectively when needed, and Body Press rounds out coverage, though the added special attack from Charge Beam is nice. Base 60 speed isn't super slow, so be sure to get that 0 IV speed and Quiet nature though. 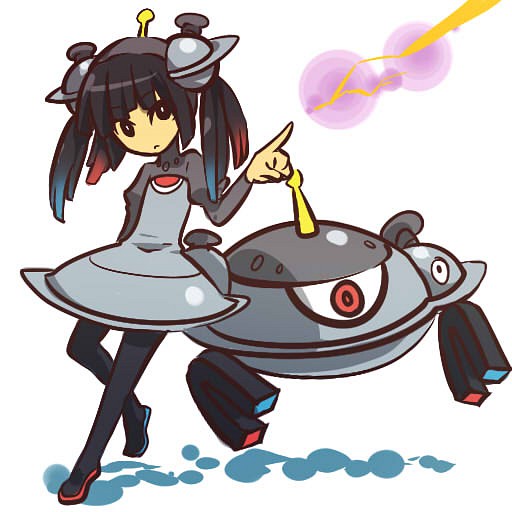 Magneton and Magnezone have seen healthy and consistent play since the 3rd generation thanks to the introduction of abilities, specifically Magnet Pull. Steel type is the strongest defensive type in the game and has formed the backbone of many a team since their introduction. Being able to effortlessly trap and eliminate such walls is what makes Magneton and Magnezone so powerful. While there are other possessors of Magnet Pull, the others have far worse typings than Magnezone (while Probopass is so passive it can't really eliminate opposing Steel types, Alolan Golem was an appreciable rival thanks to its Fire resistance and access to Earthquake and Fire Punch), which gives Magnezone more usage game in and game out even when your opponent isn't running Steel types.

However, Magnezone is not the perfect Steel type answer. Heatran, while not liking STAB Thunderbolt or Body Press more than anything else, possesses considerable Fire power, able to reliably OHKO Magnezone. Furthermore, Magnezone is heavily reliant on Body Press to answer Ferrothorn, and even then will be mangled thanks to Iron Barbs + potentially Leech Seed, Rocky Helmet and/or Spikes. Conversely, Kartana requires the raw Power of Choice Specs, as it has too much Defense for Body Press and its Electric Resistance is good at staving off the OHKO outside of Choice Specs. Additionally, many Physical Steel types carry Earthquake coverage, meaning if Magnezone can't outspeed and get the OHKO, it is threatened to receive the same in turn.

A whopping 11 Resistances plus 1 immunity and good bulk ensures Magnezone can tank many attacks, acting as a reliable pivot and ironically enough, a Steel wall itself. However, Magnezone's poor speed, exposure to most entry hazards and lack of reliable recovery prevent it from excelling at that role. The huge achilles heel to Ground Attacks (which is endemic to every fully evolved Magnet Pull user) is distressing, especially with how common Ground coverage is.

As long as Steel types remain a potent force in Pokémon, Magnezone will be there to strike them down with no other Pokémon quite capable of matching Magnezone's trapping, offensive and defensive utility.
I was once routed by a Gengar who critted 4 times in a row on my team. Morale of the story; Crits happen and Sucker Punch is good Gengar repellent.

I like the Magnemite line in concept, however it has some glaring issues. It only learns Normal, Electric and Steel moves, along with Mirror Coat and Body Press. It can’t cover any of its weaknesses, outside of using Magnet Rise.

It's me that I spite as I stand up and fight

Magnezone isn't a Pokemon that particularly needs to cover its weaknesses to succeed. It has one specific but important niche (trapping Steel-types) and it has adequate tools to accomplish that niche. Additional coverage options would be nice but not particularly necessary for Magnezone to be a very solid Pokemon and by far the best and most consistent Magnet Pull user. Being able to trap and remove targets like Skarmory, Celesteela, Ferrothorn, and Corviknight, allowing powerful teammates like Dragonite, Rillaboom, Tapu Lele, and Magearna to run rampant over the opponent's team, is more than enough to make up for its overall poor coverage.


This is the flagship set Magnezone has been running recently.

At a glance this seems like an incredibly strange set, and in many ways it is, as it's highly tuned to accomplish Magnezone's particular role as effectively as possible. With the loss of Hidden Power, Magnezone now finds itself without a method of dispatching Ferrothorn, as well as certain other Steel-types like Scizor. The combination of Body Press and Iron Defense let it still deal with these threats, as well as threatening dedicated special walls like Blissey who ordinary come in on Magnezone for free. Thunderbolt remains as a method of dealing with Skarmory, Corviknight, and Celesteela. The last slot generally goes to Toxic as it's great for crippling common answers to this set, such as bulky Ground-types like Landorus-Therian and Hippowdon. Volt Switch can be used to pivot while dealing some chip damage to incoming opponents, while Teleport is more optimal specifically for the purposes of pivoting, as despite doing no damage it allows Magnezone to pivot on Ground-type switch-ins and has negative priority, ensuring whatever Magnezone wants to switch out to gets in without taking a hit.

This set allows Magnezone to act as a bulky pivot in addition to trapping most of its usual Steel-typed targets, but does require a bit of chip damage on opponents like Ferrothorn first. The EV spread outpaces neutral Celesteela and guarantees you win the 1v1 against Ferrothorn in a pinch as long as it lacks Rocky Helmet, although it still wants Ferrothorn chipped to be safe. The rest is dumped into Sp. Def to buffer against moves like Celesteela's Flamethrower. Thunderbolt and Flash Cannon are obligatory STABs, Volt Switch is used for pivoting.


Magnezone wants partners who can capitalize on its ability to remove Steel-types. Generally this means Dragon-types like Garchomp, Salamence, and Dragonite, Fairy-types like Calm Mind Clefable and Tapu Lele, and powerful Grass-types like Rillaboom and Kartana. It also wants partners who can take the Ground, Fighting, and Fire moves that will certainly come its way. Gyarados, Pelipper, and again Dragonite are all capable of taking most of these moves. Pelipper is interesting in that it allows Magnezone to run comfortably Thunder over Thunderbolt but generally forces you to build your team around itself more than the others, as it's difficult to slap Pelipper on a team that isn't a dedicated Rain team. Magnezone also immensely appreciates Knock Off users on its team. Knock Off allows you to remove items like Rocky Helmet from Ferrothorn, making it safer to Body Press it, and Shed Shells that Corviknight or Skarmory might potentially be holding to escape from it.​
We should die for the things we believe in
But live our lives in the dark - Self-deceiving
In the snow, all the world that we knew is ice
And so we are - Cold, dead, and gone