Staff member
Admin
Time for the next Pokémon of the Week. This week we go for what used to be a monster 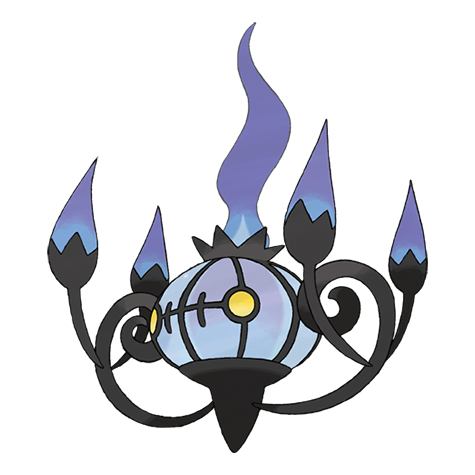 Chandelure! This terrifying Pokémon in lore also boasts one of the most terrifying Special Attacks in game play along with the valuable Ghost Fire type granting it a bevy of resistances and immunities. It is not all charred souls and clear skies for Chandelure. Offensively, it is easily outclassed by Blacephalon who boasts even higher SATK and speed alongside being able to reliably boost its offenses with Beast Boost and having a viable physical ATK, things Chandelure cannot claim. While it is defensively stronger than Blacephalon, thats like saying a dry paper bag is stronger than a wet one, as Chandelure's weaknesses are common and its low HP prevents it from taking a hit.

This set is meant to enable Chandelure as a terrifying revenge killer. Choice Scarf makes Chandelure difficult to outspeed without another Choice Scarf user or Speed booster, easily eclipsing Mega Lopunny (ONLY when Timid), while Chandelure's high SATK ensures that anything with some prior damage is not going to live. Fire Blast/Overheat is the move of choice, boasting incredible power. Fire Blast tends to be preferred, as while Overheat's power is amazing in nabbing that OHKO, you will be forced to switch out after using it, making you very easy to predict.

Shadow Ball is secondary STAB, meant to hit anything that Fire Blast can't, while Energy Ball hits the numerous Water and Rock types who think they have a chance of walling Chandelure (except Nihilego, who does). Final moveslot is up for you. Trick can easily disable a Tank or Wall for the rest of the fight, while Memento enables one of your own teammates to come in and setup safely.

Checks and Counters
Nihilego resists Chandelure's fire STABs, doesn't take much damage from its coverage moves (bar the rare Psychic and can easily force it out with STAB rock attacks. Hydreigon walls Chandelure completely, resisting all of its STABs and coverage moves while having STAB dark moves to fell Chandelure. Suicune and Tentacruel are only 3-4HKOd by Chandelure's best move against them and easily threaten a 2HKO by Scald, but they need to be healthy. Pursuit trapping is especially effective against Choice Chandelure who tends to switch out a lot (Tyranitar and Alolan Muk being best at it), while Stealth Rocks also wrecks Chandelure's switching shenanigans.

Furthermore, any faster Pokémon with a Choice Scarf easily outspeeds and revenge kills the revenge killing Chandelure.
I was once routed by a Gengar who critted 4 times in a row on my team. Morale of the story; Crits happen and Sucker Punch is good Gengar repellent.

I still remember when the internet freaked the f*** out after finding out Chandelure's special attack trumped even Alakazam and Porygon-Z. "145!? That's insane!" Of course we now know there are other factors that keep Chandelure from being as OP as we all feared it would be. For better or for worse the GameFreak power creep with the reveal of Mega Evolutions quickly made even Chandelure's offensive stats redundant. Not to mention base 80 speed kept it from ever really becoming a top tier sweeper. The most notable thing I remember about Chandelure was its hidden ability, which back in gen 5 was Shadow Tag. Chandelure could have found a niche as a trapper had GameFreak not changed its hidden ability to Infiltrator instead. 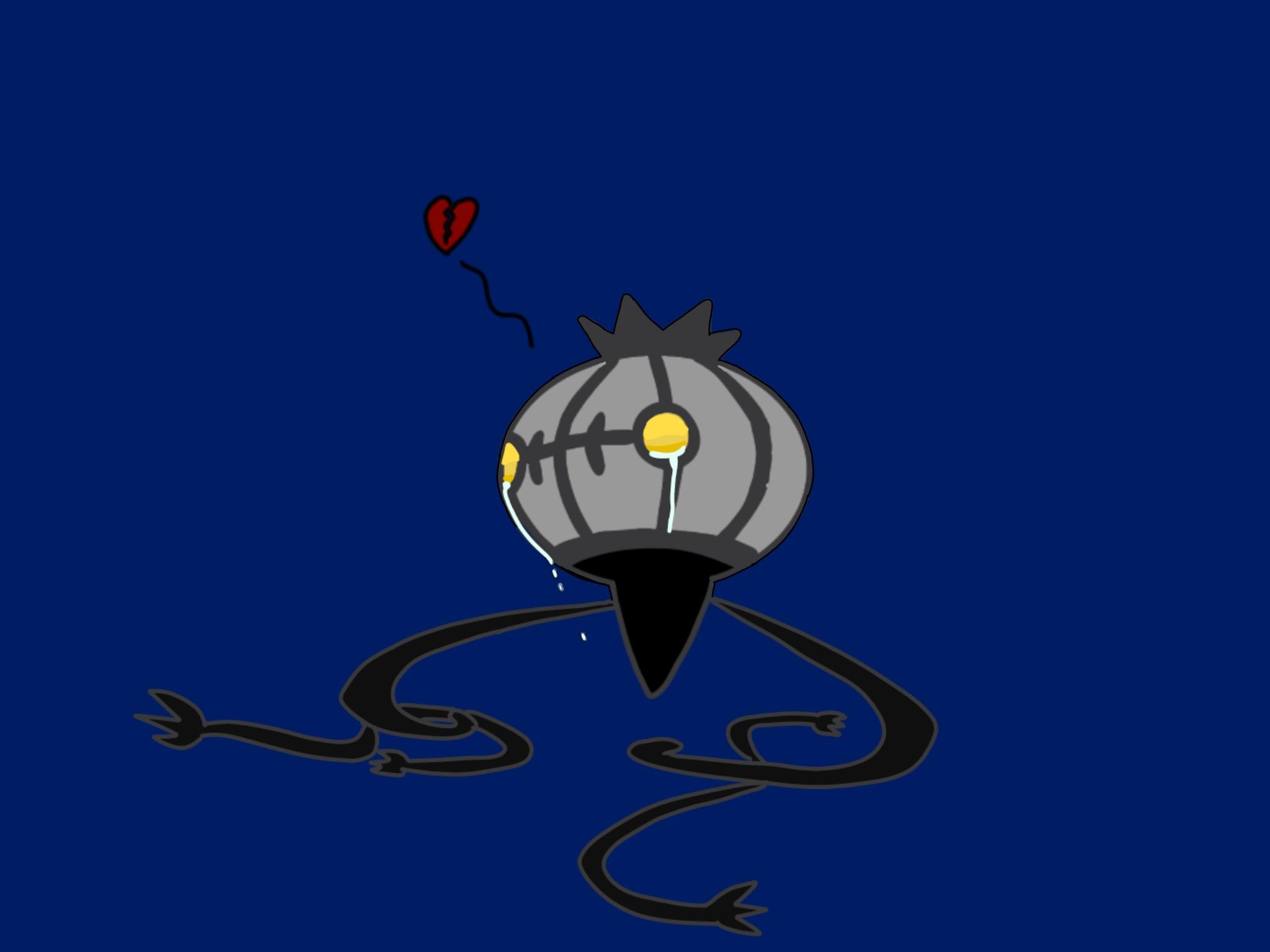 But that's the least of my complaints with the company, especially these days with all the gen 8 apprehensiveness in the fan community. But putting all that aside, Chandelure is still very usable outside of being just a spooky interior design choice for your foyer if you get a little creative. So it's probably best not to underestimate a chandelier that can literally burn people's souls: 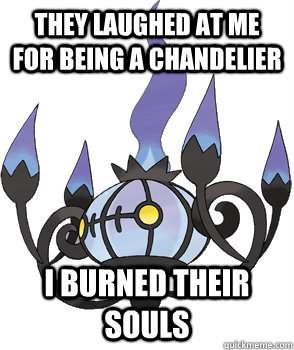 Set Details:
Since a lack of stellar speed is Chandelure's biggest issue, slapping Flame Charge onto its moveset can help mitigate this issue. Sure it won't do much damage given its lackluster physical attack, but the speed boost afterward is worth the slot in my opinion. Outside that we have Fire Blast as the main STAB which melts most of the opposition by capitalizing on that insanely high 145 special attack with Shadow Ball providing great secondary STAB coverage against foes that resist Fire Blast. The last slot is up to you. Calm Mind jacks up Chandelure's special attack to even more insane levels allowing you to plow over most of the competition, but a second turn of set-up may not always be feasible, so Energy Ball is useful to have around just for the added coverage against Water types (Especially Water/Ground) or threats like Sharpedo. Hidden Power (Fighting) is an option as well that the hits Normal and Dark types that also resist the Fire STAB. For abilities, Flash Fire is handy since it gives Chandelure a whopping 3 immunities allowing for more chances to switch in and possibly even boost Fire Blast to even higher levels, though Infiltrator is worth a mention since it will allow it to bypass Reflect, Light Screen, and Substitute, effectively ensuring nothing is safe from Chandelure's infernal flames.

Set Details:
Another way to boost Chandelure's speed are the Z-Status moves. Sunny Day is your best option since it essentially doubles as a power boost to Fire Blast and a buffer against Water attacks for 5 turns which is always welcome. Shadow Ball is secondary STAB once again, and you can decide whether you want Energy Ball or Hidden Power (Fighting) for coverage. Although, you may want to slap on Solar Beam instead since it has a lot more base power and requires no charge up time while the sun is up. Keep in mind once Sunny Day wears off that the power boost will be lost and Solar Beam will become useless unless you can manage to set up Sunny Day again. Oh! You also have the option to hit the opposition with Inferno Overdrive if you just want a one-time nuke instead of a speed boost which may very well come in handy against certain opponents. As with before in terms of ability choice, Flash Fire grants an added immunity and potential fire boost while Infiltrator bypasses barricades that get in the way of your attacks.

Chandelure may not be the ridiculously OP monster we first feared it would be, but if you need raw special attack power that can just burn through the opposition with ease thanks to great offensive typing and stats, be sure to consider adding Chandelure to your living room decor.

I think Flamethrower is worth using over Overheat/Fire Blast, since it has much better accuracy and doesn't weaken Chandelure, either.
Shock Wave also deserves a mention, as it hits standard Gyarados, Mantine and Pelipper harder than its other attacks. 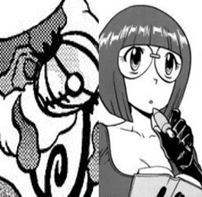 Chandelure, Shauntal's Ace Pokemon
I love Chandelure's design as it's a reminder of how badass the Pokemon looked from Gen 5. As many Pokemon fans who've played any of the Gen 5 games may remember, Chandelure is well-known as the signature Pokemon of horror author, Shauntal whose team of ghost-types put much pressure on newer players, using a mixture of stall and will-o-wisp tactics before Shauntal's Chandelure's massive 145 base special attack absolutely destroys what's left of the team. Chandelure is also well-known as the signature Pokemon of Ingo & Emett and has appeared in Pokken Tournament as one of the fighters. Never thought a lamp in a fighting game would be so badass right?

Simple idea, the player capitalizes on it's impressive offenses through speed, turning Chandelure into a devastating sweeper that many players fear but it's also fairly well-known because this is arguably Chandelure's most common and players are expected to have Heatran, a common Chandelure counter, to fight this absurdly good fire-type special attacker.

Pretty much get the idea. Due to Chandelure's extremely high attack, paired with a modest nature, it still has quite a terrifying offense that makes even Pokemon tremble in fear. With an Assault Vest, it is able to tank a Mega Gengar's Shadowball and dish out a one-hit Shadow Ball but that's only with Assault Vest as with Wide Lens, your trading defense for accuracy to your Fire Blast. Powerful Pokemon like Garchomp and it's Earthquake move also have a 25% chance of KO-ing Chandelure whereas Modest Chandelure with HP Ice has only around a 20% chance of finishing off Garchomp in a single blow. To be honest, this is a pretty gimmicky set to surprise opponents.

KyogreThunder said:
I think Flamethrower is worth using over Overheat/Fire Blast, since it has much better accuracy and doesn't weaken Chandelure, either.
Shock Wave also deserves a mention, as it hits standard Gyarados, Mantine and Pelipper harder than its other attacks.
Click to expand...

Flamethrower has some validity, although normally you don't really see Overheat since Chandelure prefers not to switch out too much given the Stealth Rock weakness.

You also don't often see Chandelure in OU where Gyarados and Pelliper lurk, and in the case of Gyarados, it naturally outspeeds Chandelure so you have to either catch it on the switch, or be using Choice Scarf, and getting locked into Shock Wave isn't a great idea given its low power. Just because a move has unique coverage doesn't mean the Pokemon using it necessarily needs it if it lacks power and/or notable coverage.

On the subject of Choice Scarf though, Trick should be emphasized more than it already has been. Pokemon who would be defensive answers to Chandelure, i.e., Umbreon, Blissey, and Porygon2, are all absolutely crippled by tricking a Scarf onto them.
SMod, One of the writers for the PotW, and someone you'll be hearing from often if you fail to read the rules