Staff member
Admin
Time for the next Pokémon of the Week and, as next week is the Pokémon World Championships, we're focusing on one of the motif focuses 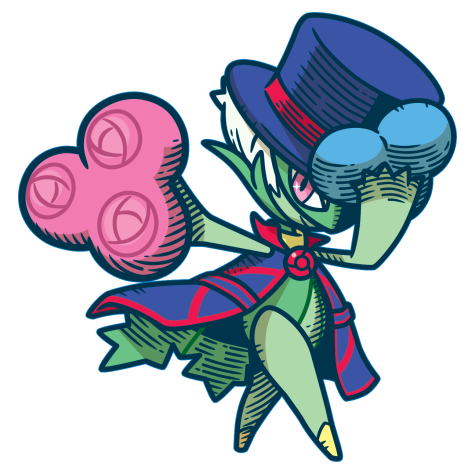 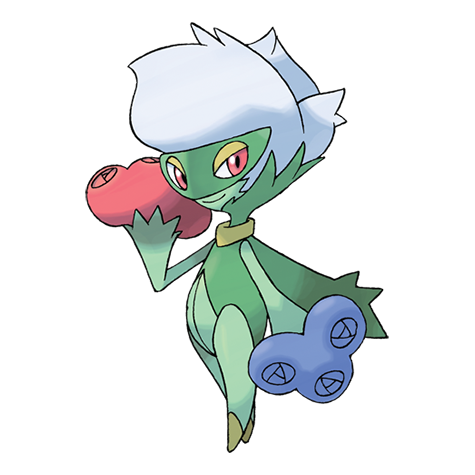 Roselia was a rather forgettable gen 3 single stage evolution that lacked both casual and competitive appeal, and whose only real claim to fame was as Drew's signature contest Pokemon from the anime. But gen 4 gave the forgettable flower a new interest and lease on life no thanks to an adorable pre-evolution and especially a new evolution. 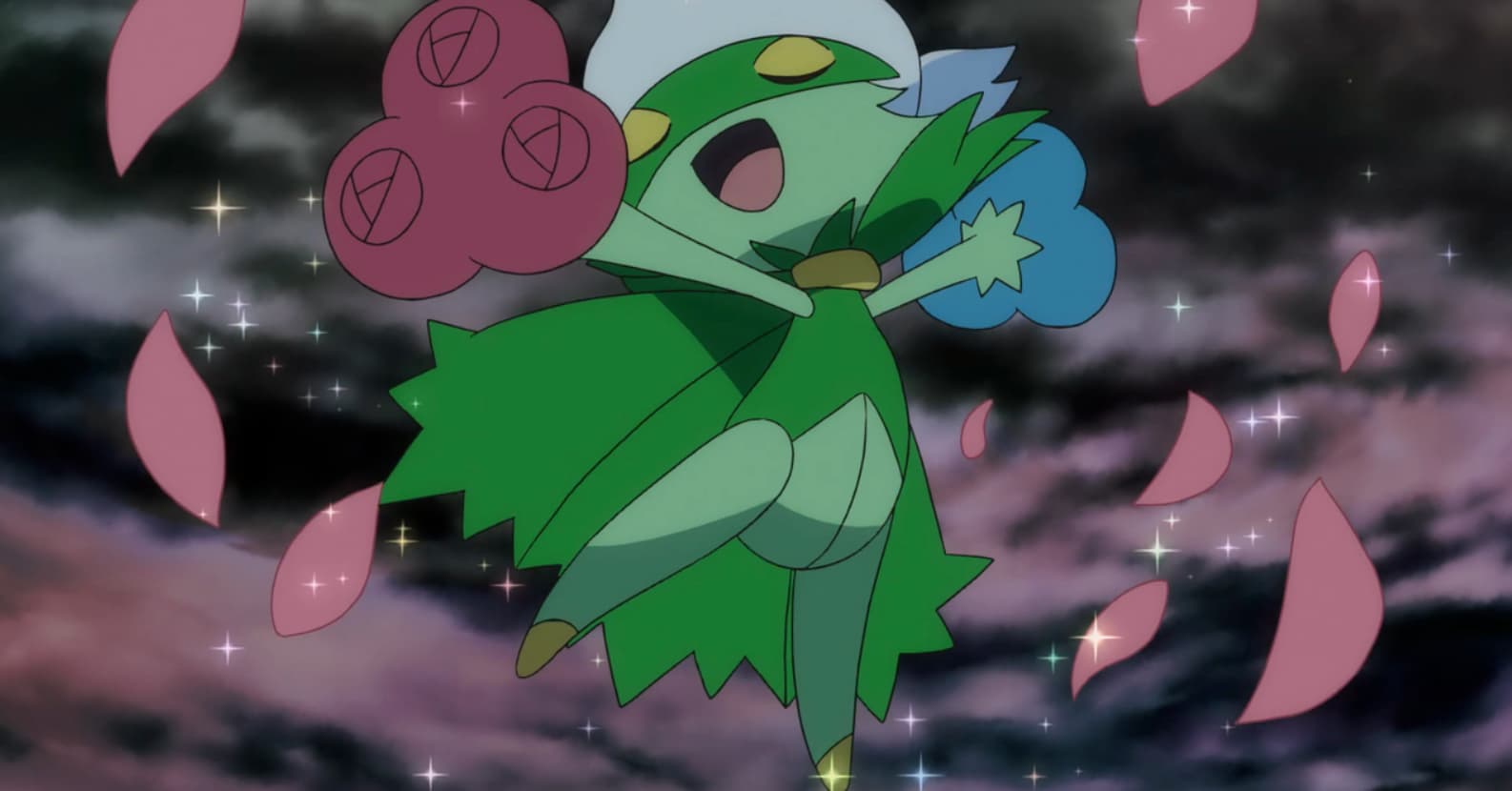 From a bland rose branch to a design that draws inspiration from bouquets, masquerade balls, masked swordsman like Zoro, and you could even see some kunoichi elements to its motif! And thanks to a boost to its speed and special stats, access to nifty status moves, and not to mention a few cool abilities to play around with, Roserade finally has some competitive value to it as well. That said, it still lacks defenses, it's speed isn't too high compared to other threats, and it's movepool is not wide outside its STAB. But this floral fighter still has much to offer in many fields of elegance and domination. If it's good enough for your gen 4 rival and Cynthia herself, it's good enough for you! 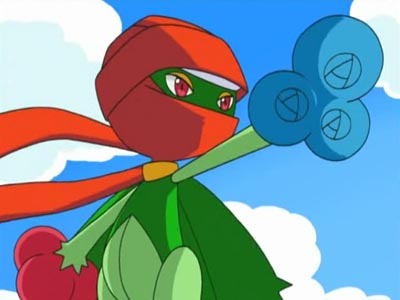 Set Details:
A status abuser befitting a skilled female ninja. Put your target to sleep with Sleep Powder, start laying down Toxic Spikes for itself and teammates, hit poisoned targets with Venoshock that doubles in power against said targets, and your back up STAB offers both consistent damage and a means to recover off damage yourself. Invest your stats into special attack but mostly speed, slap on Black Sludge for extra survivability, and Natural Cure is good for shaking off status effects with a quick switch, though Poison Point may help synergize with Venoshock if you are lucky.

Set Details:
This lovely lady will bring sunshine to your day... and rain poison and hellfire onto other suitors. Set up Sunny Day and suddenly your Solar Beams become spamable one-turn attacks and Weather Ball becomes a powerful Fire type coverage move. Round things out with your secondary STAB Sludge Bomb with its cool 30% poison rate and you hit most targets for neutral damage between the three attacks. Max special attack and speed again, Natural Cure for peace of mind against status wielders, and this time put on Life Orb to grant some much appreciated damage.

Set Details:
A surprise swordsman set that can throw off villains and competitive players alike. Set up Swords Dance to shore up your lackluster damage which will surprise your opponent who will expect a special attacking set. Power Whip offers consistent damage, but Bullet Seed is 100% accurate and in tangent with Technician as Roserade's ability it offers a means to break Substitutes and potentially inflict stronger damage than even Power Whip (2 hits = 75 damage, 3 hits = 112 damage, 4 hits = 150 damage, 5 hits = 187 damage). Poison Jab is the obvious secondary STAB with 30% poison rate, and Pin Missile is your best coverage option available that also benefits from Technician (See calculations from before). Maximize your stats in physical attack and speed, put on a Life Orb from before, and proceed to slash though the opposition.

Prince of the Sea

Roserade is an awesome Pokemon and a great design, hands down. The original Roselia was pretty forgettable and not very good, badly needing an evolution. Gen 4 granted that wish with Roserade, who was one of the premier Spiker in the DP metagame.
Unfortunately, Roserade has fallen from grace quite a bit since its release. Its gotten a few nice tools over the years, like the Technician ability and a small Defense buff, but these haven’t helped it keep up with the metagame’s power creep. Roserade is by no means a bad Pokemon, and does have an excellent role in the lower tiers, but unfortunately, its time in the spotlight is over for the time being.

Roserade was a personal favorite when first introduced. Despite its lackluster showing as Gardenia's Ace (Grass Knot when most Pokémon are not fully evolved and thus lighter on top of secondary STABs being the weak Magical Leaf and Poison Sting right after your character just waded through a mess of Bug and Poison types as well as Bronzor) Roserade is very powerful for when you meet it, and its power continues to impress, even in the late game as a member of your Rival's and the Champion's teams. However, as mentioned above, power creep has caused quite the fall from grace.

Checks and Counters
Roserade's lackluster HP and Defense make it physically frail, an unfortunate trait when saddled with Grass' numerous weaknesses. Add on top of this, a decent speed stat that still falls short of many popular attackers and Roserade can be trivial to revenge KO.

Moveset is also problematic. Between Spikes, and Sleep Power, Roserade often struggles to fit in coverage, outside of STABs. And barring a Weather Ball in Rain or Sun, Roserade has no way to strike out against Steel types, making them safe pivots in most situations. And while Sleep Powder can eliminate a check, Sleep Clause limits this to 1 target eliminated when an opponent is likely packing at least checks/counters. Ferrothorn is as close to a counter as can be. Bar the rare Sunny Day set. Ferrothorn blanks everything Roserade tries to do and can easily 2HKO with Gyro Ball.
I was once routed by a Gengar who critted 4 times in a row on my team. Morale of the story; Crits happen and Sucker Punch is good Gengar repellent.