Staff member
Admin
Time for the next Pokémon of the Week and we remain in Galar this week! 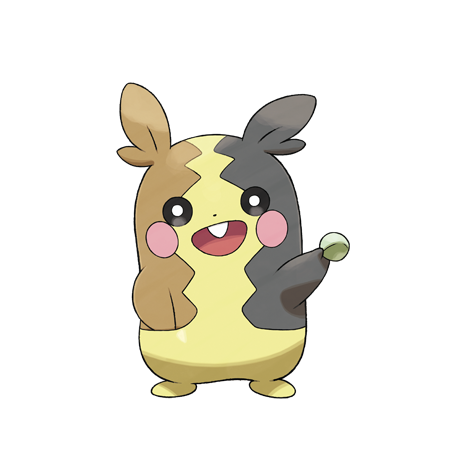 Morpeko is a fair bit better than most of the Pikaclones thanks to its movepool and slightly more optimal stat spread, but unfortunately it still falls short of true competitive viability. Its stats are still pretty lackluster, with terrible bulk and only slightly below average Attack and Speed, and its main gimmick, Aura Wheel, is very exploitable for the opponent. That being said, if you're the kind of crazy person who absolutely must use a Pikaclone on your team for some reason, Morpeko might just be the best pick.

A Choice Band helps alleviate Morpeko's lack of power somewhat, and lets it do some pretty considerable damage with Aura Wheel. Aura Wheel is a base 110 power move that raises Morpeko's Speed, and the only "drawback" is that it alternates between Electric and Dark-type depending on what form Morpeko is currently in. The opponent can exploit this to get easy switches, but if their Electric and Dark resists have already been weakened or dealt with, it becomes a pretty scary thing to deal with. Crunch is a reliable Dark STAB that doesn't require Morpeko to use Aura Wheel in Electric form first. Seed Bomb dents incoming Ground-types that might want to sponge an Electric-type Aura Wheel. Finally Parting Shot is a very useful move that allows you to pivot while debuffing the incoming Pokemon's offensive stats, letting Morpeko support sweeper teammates by opening up opportunities for them to set up.​
Only when the last tree has been felled, the last fish caught, the last river poisoned, will we realize we cannot eat money.​

The Pikaclone of Generation 8, Morpeko's claim to fame is being Hangry. No seriously. And while Morpeko's signature move Aura Wheel is interesting, alternating types each turn and being the strongest non Conditional Power Dark move in the game (and a good Physical Electric STAB), in theory condensing both STABs down to one slot. However, that's were the good ends. A BST slightly more than 2nd stage starters needs something amazing to justify it, like Dugtrio's Arena Trap, Alolan Sandslash's typing and Slush Rush, Marowak's Thick Club, Quagsire's typing and Unaware, etc. Morpeko, doesn't get anything except the rare Parting Shot, which don't get me wrong, it is fantastic, but Morpeko doesn't do anything else. Its speed is good, but misses the base 100 Benchmark common in many levels of play and its attack is usable, but it needs a boosting move, which Morpeko does not have. And while Morpeko's coverage pool is appreciable, its overwhelmingly underwhelming, preventing it from capitalizing on it.

And using Morpeko defensively is a pipe dream. Base 58 defenses across the board. Weak to Ground, Fairy, Fighting, all of which are popular coverage moves if not STABs. While Morpeko does get decent resistances (Flying, Dark and Steel are fantastic resists to have), it is so frail it can't utilize them well.

A pokémon too frail to take a hit and while decently fast and strong, it is only just that, decent. You would be better off looking for other Electric or Dark types as opposed to this tired reskin.
I was once routed by a Gengar who critted 4 times in a row on my team. Morale of the story; Crits happen and Sucker Punch is good Gengar repellent.