I love to draw and I'm trying to get over my fear of showing my artworks to people. I'll attempt to keep this thread active at least once a month, but I can't make any promises. Constructive criticism is very much welcomed!

(Images might be large, so I'll put them in spoiler tags) 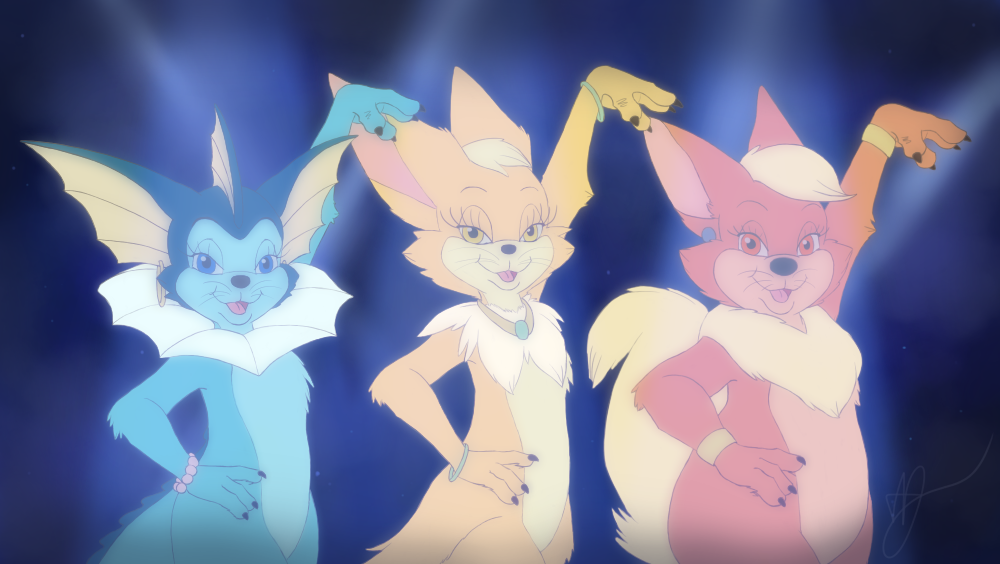 Non-Pokemon Art: (These are a little old) 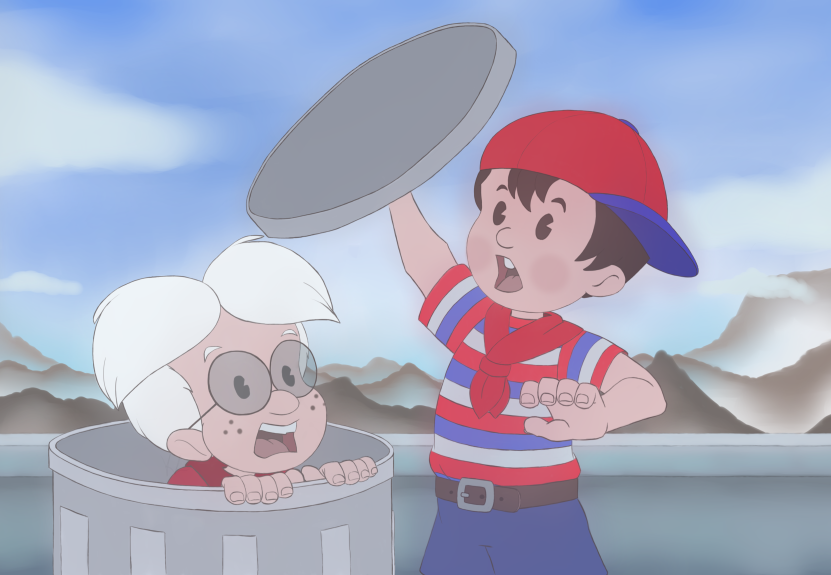 Oh wow your style is so unique! I really like how you drew Mr. Mime! It's a very appealing interpretation of the little mime! And your Ness art is very nice too. I like it all! Keep it up!

@NobleJanobii My style is heavily influenced by retro Disney. I tried to make Mr. Mime seem appealing because a lot of artists draw him creepy. And he's one of my favourite Pokemon, so I wanted to get some non-creepy art of him out there lol. The Earthbound stuff is fairly old, so I hope to make some more soon. Thank you so much!

I've got a couple of sketches in pencil crayon to show off. I'm a huge perfectionist and I hate showing off unfinished art, so I'm trying to sketch at least once a day and post it in my scraps. Or main gallery if I really like the outcome. 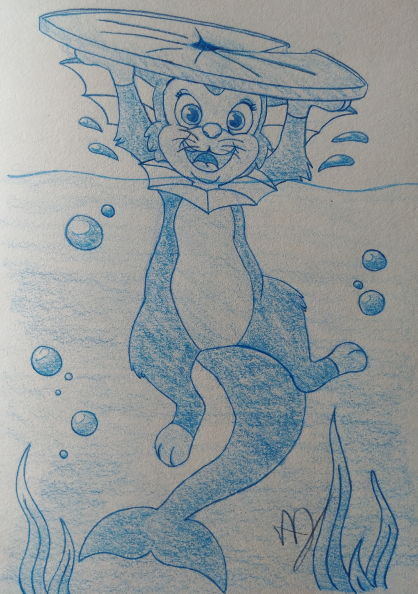 it's about the CUBES

Dude, this is awesome! I'm excited to see this art section liven up a little bit, I'm hoping to revamp my art thread myself, and you were the spark I needed to do so.

I love your style! It has that classic disney/don bluth feel to it, it's very charming! Your coloring is super consistent and I'm looooving that. Meena and Vappy are super cute! I'd love to see multi-color crayon work from you
proud owner of the one active art shop on serebii. click the banner to go to coronet designs.

Well it's an absolutely adorable style! I love how you draw all these mons but especially Meena is very adorable!

@Sketchie Thank you so much for the lovely comment. I feel very happy to have inspired you and look forward to seeing your revamped thread! I'm a major retro Disney and Don Bluth fan, so I'm glad you can make the connection. I plan on doing full pencil crayon pieces soon!

@NobleJanobii Thanks again! I'm glad you like Meena, she's slowly becoming my favourite thing to draw.


I've got another pencil crayon sketch and a reference sheet for Meena. She's subjected to change in the future if need be. 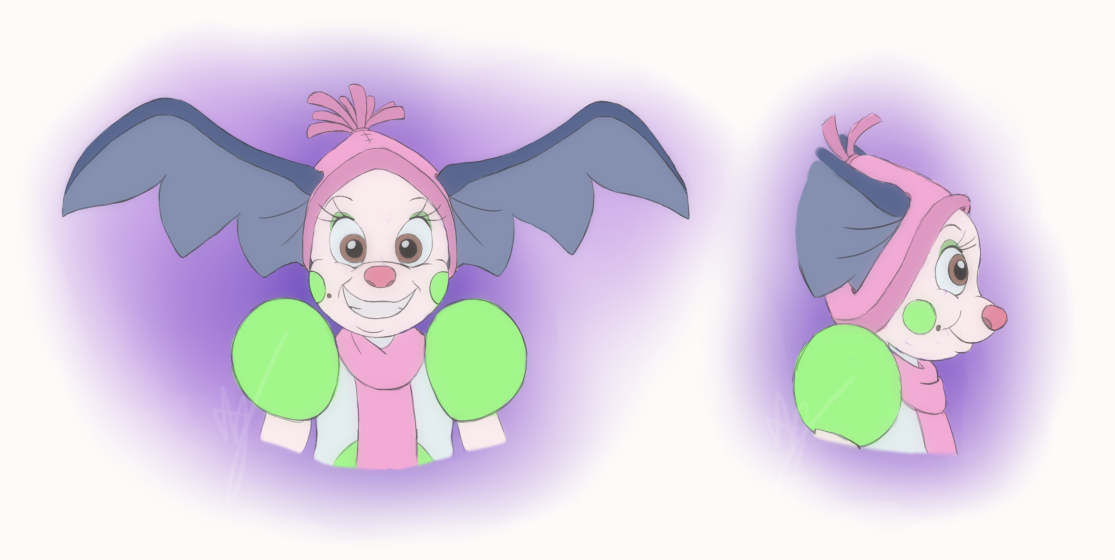 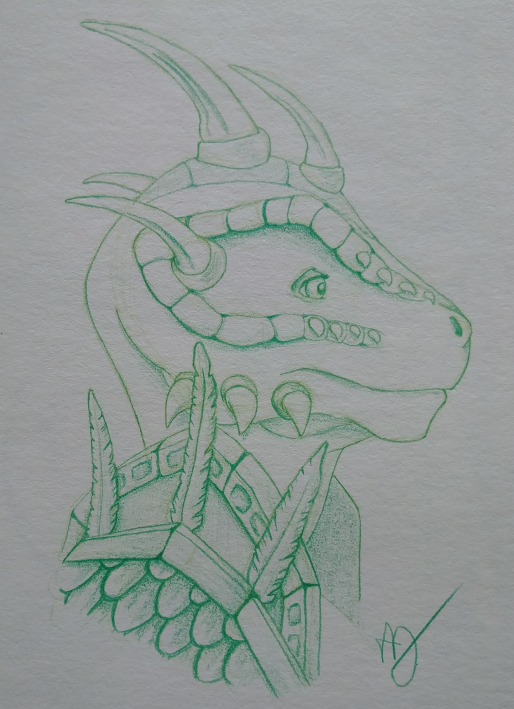 it's about the CUBES

Love that Argonian! I dunno about you, but I'm really hoping that we get to goof off in the Black Marsh one of these days. The feathers are lovely, and the scales have some great shading on them!

I think the background on your Mr. Mime could be... better. That shade purple swallows up your lovely pastel colors, and the fuzziness makes the drawing feel amateurish. I would love to see the edges cleaned up as a solid shape, and either a contrasting color to the pink/green or a softer shade of purple. Other than that, I love Meena! She's super cute and unique!
proud owner of the one active art shop on serebii. click the banner to go to coronet designs.

Phew, it's been a while. I've been drawing, just haven't been keeping up with this thread.

Pokemon Related(Pretty much all Meena):

First up is a silly drawing of Meena because she's a dork. 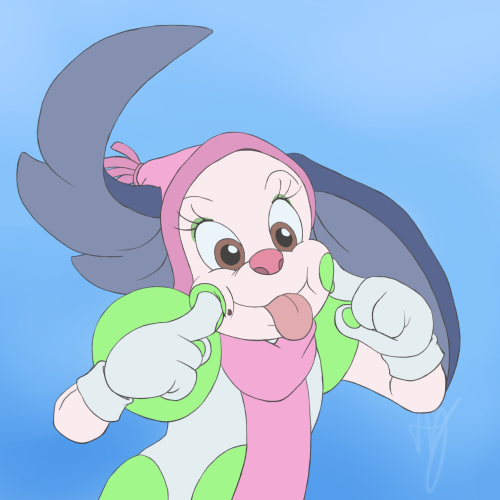 Next is a drawing my my Pokesona and my friend's Pokesona. An Alolan Meowth named Gio, which Meena calls him Gigi. He does not like being called Gigi. 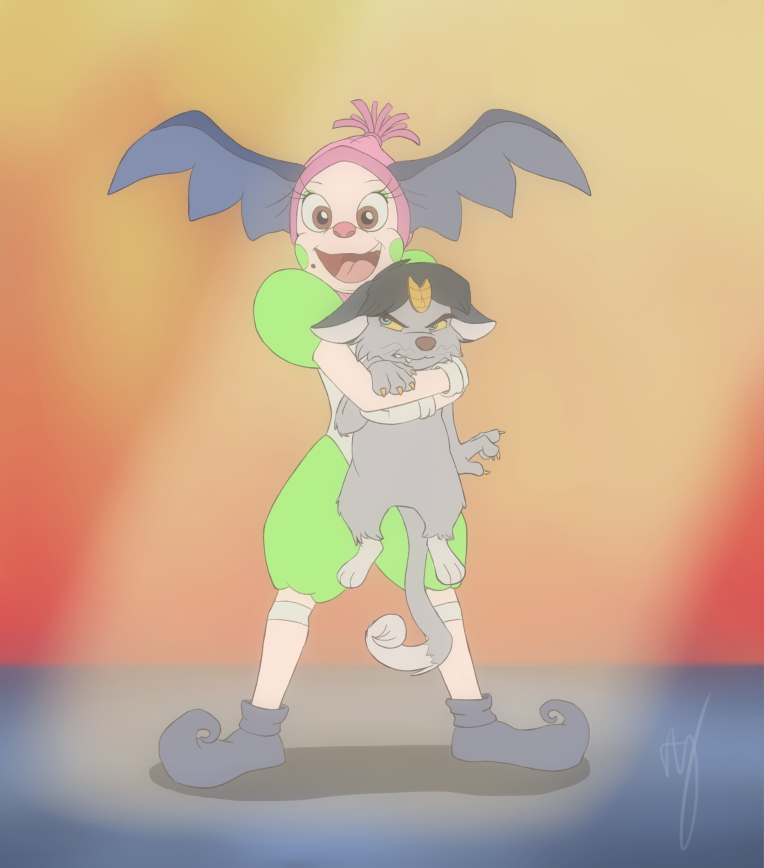 A drawing of Mr. Rime in a different style I was testing out. 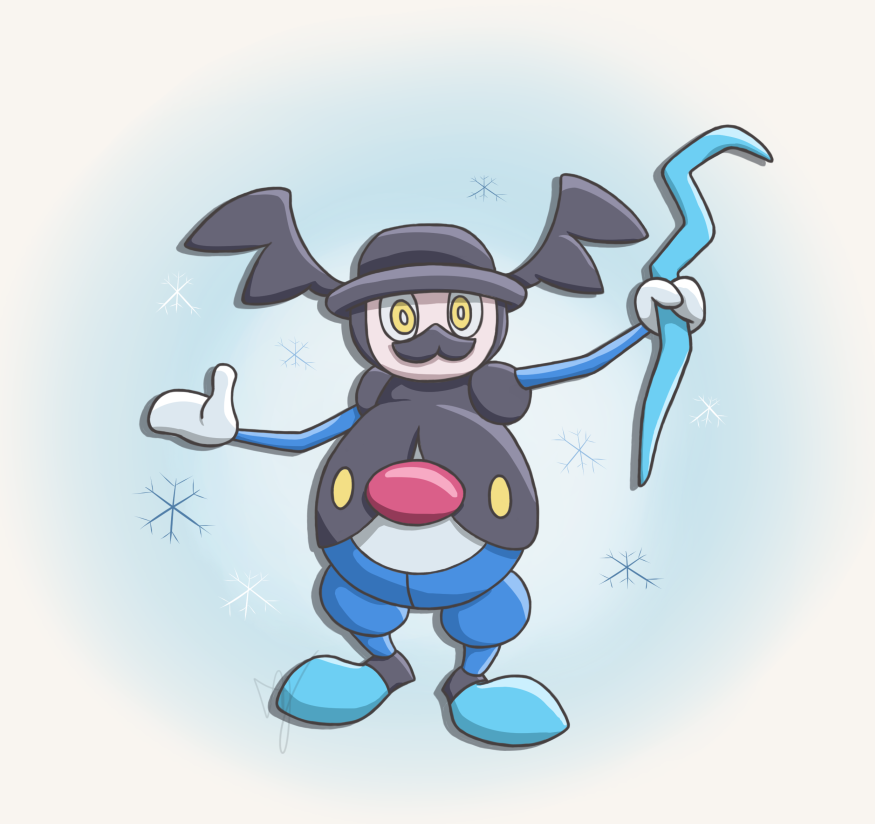 Meena as a Mr. Rime. 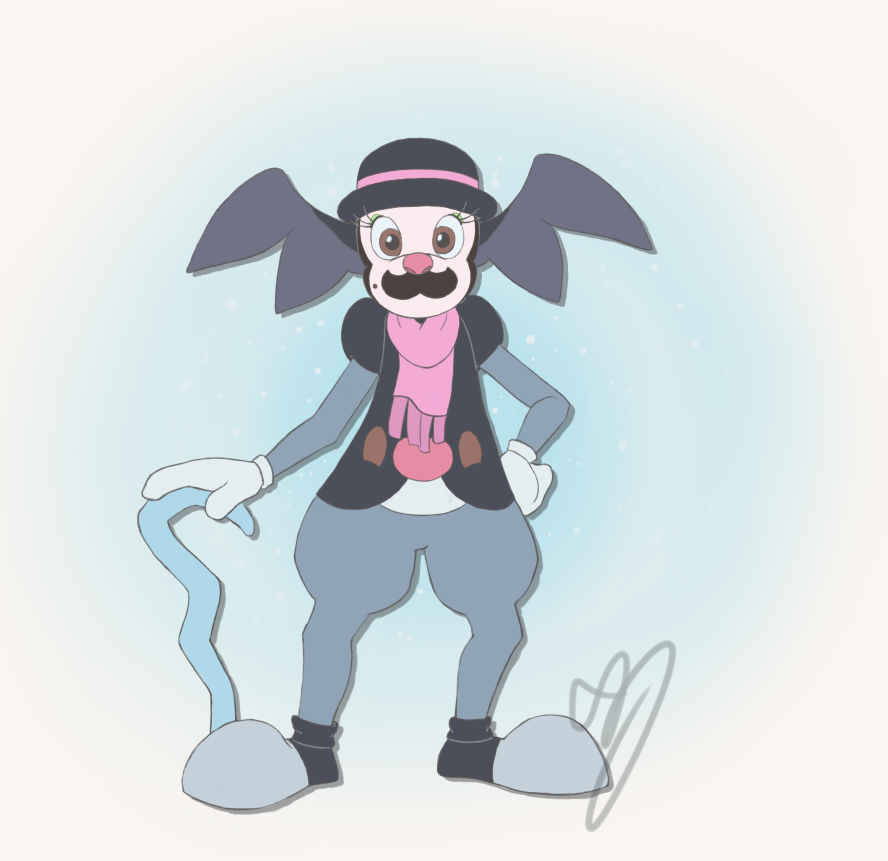 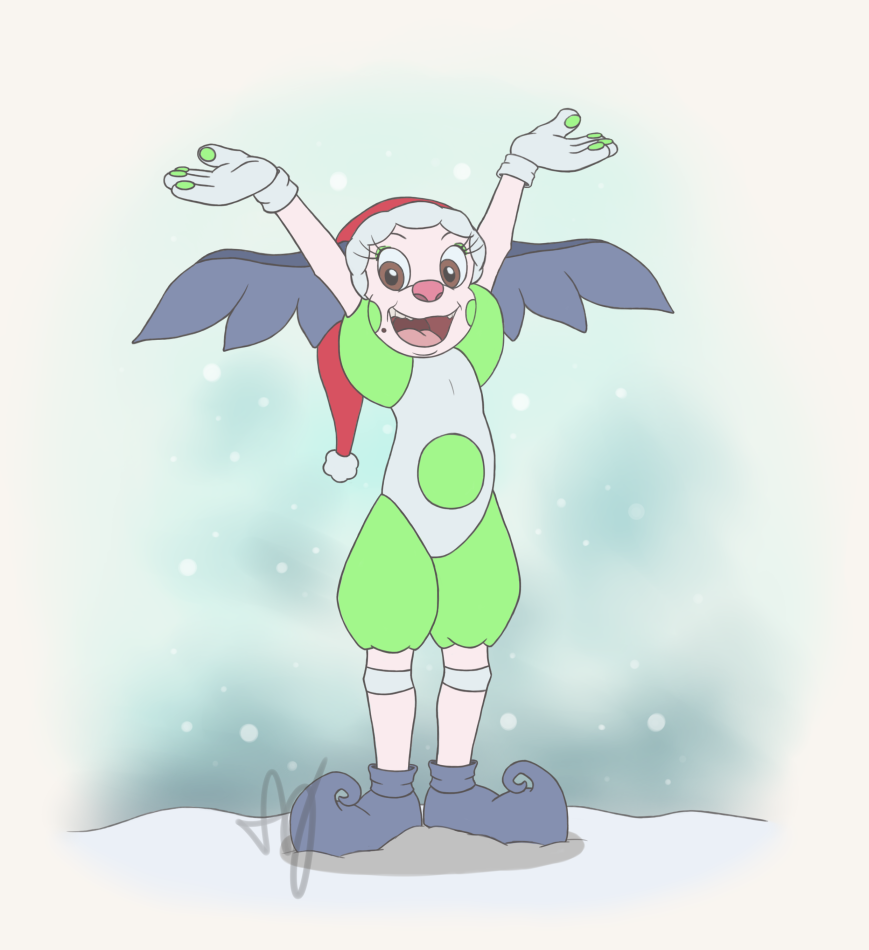 I joined a Pathfinder group a while ago. I was a gnome sorcerer named Madd. I drew him immediately after creating his character page. 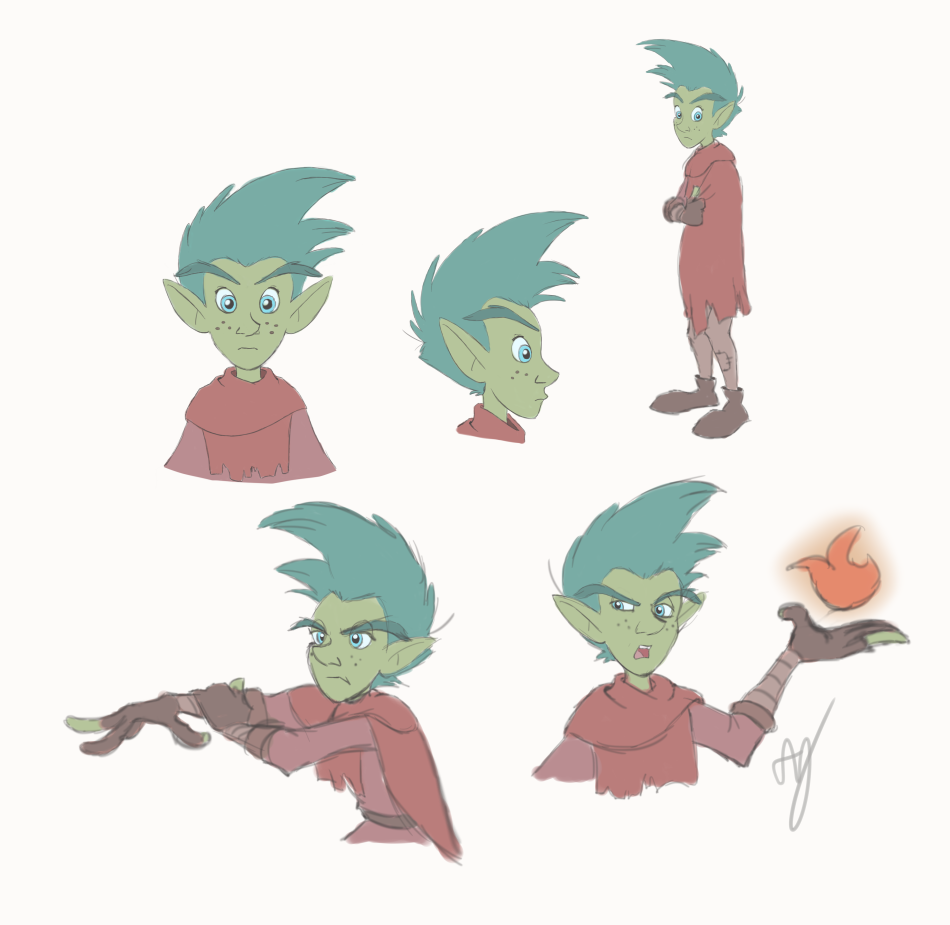 A few weeks after we had a pretty chill session where the party interacted with a bunch of sailors. Madd had never tried mead before and... I rolled a 2. This is what happened:

I binged Satellite City back in September and I had to draw Lucy Lacemaker.