As the group prepares to go for a trip to Akala Island, the Island Kahuna, Olivia, appears to act as their guide. Olivia has a certain charm that allows her to calm wild Pokémon and even the trainers Pokémon grow attached to her. However on the way to the island, some Water Pokémon start causing issues. Will they be able to make it to the island?

Was there just a LUGIA reference???

Xeogran said:
Was there just a LUGIA reference???
Click to expand...

Lana, ever the habitual liar
I love it

Exellent episode! A++++! I just loved Olivia's character, she's so charming, and gets along with everyone so well! Also really liked how the cast together with Olivia saved the Wailmer. 9.5/10!
Last edited: Jun 22, 2017

Staff member
Moderator
Lychee is the best character in SM so far by a long shot.

Olivia is nice, but some of the scenes felt a bit forced. Oh look, she tripped! So funny! Such comedy!

So Olivia kind of singled out Lana and her water pokemon love, sounded to me like they could be foreshadowing certain game events lol.

1rkhachatryan said:
So Olivia kind of singled out Lana and her water pokemon love, sounded to me like they could be foreshadowing certain game events lol.
Click to expand...

that boosts the chances of Olivia being the one to send Lana with Ash to the water totem pokemon. I liked this episode and her Lugarugan seems like quite the beast. How the hell Kiawe beat her is beyond me...

I like Olivia so far. She seems to be the clumsy type of person. But I'm not sure if she is really clumsy or just has problem to walk in high Heels.
D

not gonna lie, since I couldn't understand the Japanese, I thought Olivia was saying how Bruxish would be good to help Wailmer with it's psychic powers. So then I got my hopes up that Lana might catch it to help with the situation lol BUT I guess she was explaining how they can be dangerous?
Last edited by a moderator: Jun 22, 2017

awesome episode, i love olivia's character; she seems like a fun person to be around. lol we got some lying lana (look a lugia!). and the way they rescued the wailmer was nice.

does anyone know why kiawe was on the news/internet? is his farm famous?

Olivia is so likeable! I love her quirks and she's so good at bonding with Pokémon she meets. It's also nice that they're back at the Nurse Joy identical family tree and Lana's joke about seeing Lugia fooled everyone but Mallow chan lol. There wasn't really much of an issue in this episode besides for a stuck Wailmer but I think this episode was meant to show off who Olivia is and see her more than just the Island Queen. It was also nice to learn about Kiawe a bit. I wished everyone had something to do, it feels like Lana was the only one who actually did something this episode.
The M

I wonder if Pikachu remembered Dawn when Olivia said "daijoubu daijoubu" and he tilted his head. They probably just tried to make us wonder, tho lol.
I loved Olivia and that it kinda became a Lana focus episode.

Dephender said:
Lychee is the best character in SM so far by a long shot.
Click to expand...

She is definitely near the top of the list, that's for sure. Anime Olivia is pretty much what I hoped she would be: She is cool and collected, and she has an authoritative air befitting an Island Kahuna (just like game Olivia), but she still has her quirks, such as her propensity to trip over her high heels, and being easily flustered and moved to tears. The writers even referenced her owning a jewelry and accessory shop by having her gift the students with accessories. (I got a chuckle out of Ash and Sophocles having no idea what to do with their accessories, while the girls and Kiawe gushed over theirs.)

IMHO, this episode was a great way to introduce Olivia. Even the way the episode itself introduced her was nice: She calms a raging Tauros with her charm, rather than with brute force (as Kiawe's Charizard was trying to do), and then proceeds to charm the students' Pokémon. She even managed to charm Ash's antisocial Litten! (Did anyone else catch the look on Lycanroc's face when Olivia kissed Tauros? It sort of had this "Here we go again" look on its face. )

The sea Pokémon trouble was kind of interesting, if only because it's not what I expected, based off the previews. I am curious, though, as to how that Bruxish planned on eating that giant Wailmer, if it was indeed targeting Wailmer as prey. I appreciate that Lana took the initiative to jump in to help the drowning Wailmer, and it was Popplio who essentially saved Wailmer from drowning by encasing it in a bubble.

Rockruff and Lycanroc's bonding didn't get as much focus as I thought it might--we only got that scene of Rockruff pawing at Lycanroc's paw, and of the two of them cuddled together on the boat--but given what Ash said (something about Rockruff wanting to become as cool as a Lycanroc), I think this does confirm that Rockruff will eventually evolve.


1rkhachatryan said:
So Olivia kind of singled out Lana and her water pokemon love, sounded to me like they could be foreshadowing certain game events lol.
Click to expand...

I also noticed Mallow has already joined Olivia's fan club. She found everything about Olivia, even her mishaps, awesome. Perhaps that is foreshadowing something as well?

Also, Lana the liar strikes again, claiming there was a Lugia in the water--and everyone but Mallow fell for it.

tbh i'm kind of surprised that ash remembered that the guardian deity of akala island was tapu lele (i know kukui told him but he sort of said it in passing).
P

How is it this charming lady hasn't been able to get married yet?!
The defender of all things Pokemon!

Yup, they did...something to her: they made her basically a version of Whitney with a slightly bigger brain.


Pokemon Fan said:
How is it this charming lady hasn't been able to get married yet?!
Click to expand...

Pokemon love her too much. They scare off potential husbands. 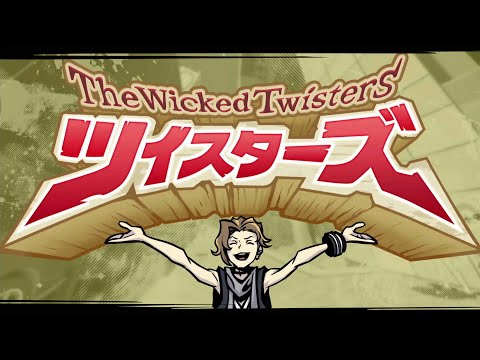 ~ Never let Fret pick names for you. ~
Youtube Channel - NEO: The World Ends With You (Hardest Difficulty)
The Bond of Aura - Chapter 17: A Christmas
~ As December arrives, Lucario experiences the thrills of the most joyous of times, though not without its share of personal growth... ~
​
K

AuraChannelerChris said:
Yup, they did...something to her: they made her basically a version of Whitney with a slightly bigger brain.

Pokemon love her too much. They scare off potential husbands.
Click to expand...

Honestly I'd take on Arceus for a woman like her XD 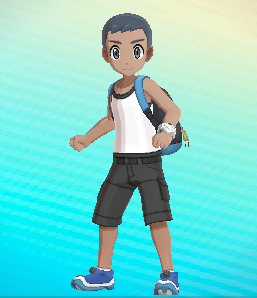