As the title says, what are your favorite post-apocalyptic games. 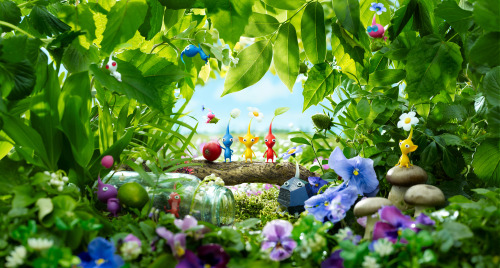 I'll start with a favorite that many people love, the Pikmin series lol!... No seriously. Look it up. The Pikmin series takes place on a Earth that has been ravaged through so many environmental changes it's almost unrecognizable except the way the continents are shaped. For example Antartica, which we know as a frosty wasteland here is a tropical paradise full of large predators and many "treasures" left behind previous inhabitans such as items that suspiciously look like old batteries, snow globes or a screw-driver.

Staff member
Moderator
I'll never get over Fallout 1 and 2 for being as good as they are in terms of telling a story in that kind of setting.

bobjr said:
I'll never get over Fallout 1 and 2 for being as good as they are in terms of telling a story in that kind of setting.
Click to expand...

I finished the first Fallout but could never finished the second. Second one is like the first one but ten times bigger. My favorite however is Fallout New Vegas, so much established history in that game from the past series. Also is not as black and white as Bethesda's.

Other games with the setting worth playing are:
Last of Us: so many games copy it now it doesn’t feel as original, but it’s still holds up very well.

Horizon Zero Dawn: it’s a minor spoiler but it comes up 5 minutes into playing, but it counts and has a lot of hits compared to just a few misses, and I want to see more of this setting

Fallout 3 and New Vegas no question

All the choices to make.... big option world, weapon diversity, they really have a sense of freedom and you don't feel limited to one path. I wish more games could do that rather than be like "nah bro, you can only complete this quest one way" "No, you can't join Team Rocket"
Fanfic Corner:
Pokemon Excalibur - Ash's Galar adventure
Pokemon Chronicles season 2 - Stories with May, Misty, Tracey, Lyra, Gary, Dawn, Paul and various others after they parted ways with Ash

Does Kirby 64 count? One of the planets you go to is called Shiver Star, but if you look closely, you'll realize it's Earth in another ice age. There are no humans in any of the Shiver Star levels. Who knows if they even still exist? 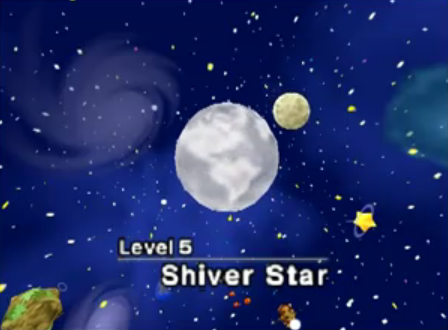 Jirachi100 said:
Does Kirby 64 count? One of the planets you go to is called Shiver Star, but if you look closely, you'll realize it's Earth in another ice age. There are no humans in any of the Shiver Star levels. Who knows if they even still exist?

If there are signs of a post-apocalyptic earth, it counts... besides. It's Kirby. Nintendo's darkest series lol.

The Last of Us and Horizon Zero Dawn for sure. The former had such a ****ed up world which was overrun with Clickers, Bloaters, etc, but worst of all, the remaining humans remaining are all so hostile due to the harsh ways needed for survival. And Horizon Zero Dawn was a world that paid the price for humanities grave errors centuries ago.

Fallout Shelter isn’t that bad. Just a bit boring at times when nothing is happening.
"Hey! Don't pawn your trash on me!" Watchy Watchog

The Dark Soul's series comes to mind in regards to a Post Apocalyptic Game.

You have the first game where you are witnessing the beginning of the end, the start of a long scheme to keep a dying flame that keeps the world lit up from going out.
A great curse, spreads across the world. (No thanks to the selfish god that started the cycle of flame!) Where everyone turns into the undead... sooner or later, they will hollow out and become no more than a zombie.
Not to mention the few truly decent people remaining end up making things worse for themselves in the long run. (The Fair Lady, Siegmeyer and Soliare if you don't find out how to save him.)

The second game that is split among the fanbase, shows how despite peoples attempts to find a cure of the curse... it results in people going beyond the moral event horizon, only to find a way out for just themselves... OR failing to find a way and becoming nothing more than a shambling zombie. (A hollow is pretty much that!)

The third game.... the cycle stagnates until the world has nothing more to burn... the end eventually comes whether you like it or not. (The third game also has two of the most evil bosses in the history of the games once you read into the backstory.... Dark Soul's story telling is all in the background lore. Your just the soon the be abused player, due to the trial and error nature of the games!)
Through The Sands We Go: A year after the events of pokemon Sun and Moon, Lillie had returned to Alola to reunite with Elio and begin a new adventure in the Orre region. As the reunion and adventures begin, a crime organization from twelve years ago has made a comeback.

Alola Sinnoh : Two months after the third shadow crisis, Lillie has prepared to take Elio on a trip to the Sinnoh region to partake in contests and a surprise trip! What will happen through out their adventure?

Of Stars and Boundaries: After receiving invitations to the Pokemon World Tournament on Unova, Elio and Lillie partake in another journey to a region new to them. Will they be able to handle the constant clashes of truth and ideals?

Alolan Rescue Team, Exploring the Mind: A week after returning from his adventures in Unova, Elio makes it his personal mission to free Mew from the last of its demons. However, a dark shadow takes hold of them both and now it's up to Lillie, Gladion and Hau to save them!

Hard to choose, there are so many cool games, but zombie games are my favorite, besides I found many cool games here. I can play them for hours. Esp I like Survival In Zombies desert.
Last edited: Jul 9, 2019

Well, darn. I was going to post Pikmin as a half-joke, and the original post already has it mentioned.

But seriously, Pikmin 2 is a top ten game. I'm glad Blockbuster was around long enough for me to rent-try it.
I'm a Greninja fan. Best Pokemon and Smash Bros. character.

Staff member
Moderator
The Organ Trail is a pretty good Post Apocalyptic game. Really like its sense of humor and the game play. Breath of the Wild is an interesting take on the genre too. Having to live and survive in Hyrule in all of the elements and having to scavenge weapons from enemies can really be a challenge.