So I felt the need to make thread for this series with the new game coming just around the corner for people to talk about it and the rest of the series.

So what do you guys think of the new game so far? I think it looks great i just hope we get all 10 main ancestors in the game.
W

I'm looking forward to Sly Cooper 4. Wish it would be released in 2012, but unfortunately it got delayed.

I hope Sly Cooper is still an open-world game. It's fun running around the city, stealing gold and just running around basically. From gameplay footage, I haven't seen any of the characters in an open world, but its coming out in 6 months, so I'm hoping.
A

Each level still has it's own open world hub like in Sly 2 and 3. I would post some videos but I'm on my IPad right now.

Edit: Here's some footage of the England Hub world with Sir Galleth running around it on a mission.

I love the Sly and can't wait for Thieves in Time. Looks great from what I've seen so far. I kinda doubt it'll be as good as 2, but I'm still hoping for the best. And I also hope it'll have all the main ancestors there, but I'm not so sure if it'll happen. Just a feeling, but you never know. They might just surprise me.
A

In case you haven't seen them 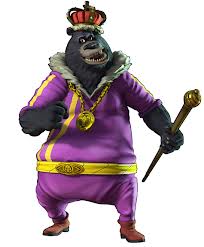 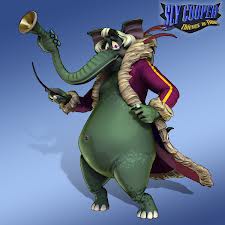 Ms. Decibel who is most likely the villain for Salim