Ash has received a new Pokédex from Professor Kukui and is surprised to learn that this Pokédex actually has a Rotom in it. Ash is eager to try out his new friend and rushes out to the forest. However, Jessie & James of Team Rocket have just arrived in Alola under orders from Giovanni and spot Ash. Will they get Pikachu?

The anime is making Mimikyu quiet scary, as opposed to the games.
F

The ending was so damn random/funny

yeah, mostly juust a TR/Rotom introduction episode, the weakest one so far

I actually kinda noticed Ash has already settled down from the first episode and is striking a good balance right now so I hope they keep it when it comes to his character. But speaking of the character of focus, Rotomdex is… Unmm. Well I hope they just don’t over use him to much XD, honestly I was kinda already over his shtick by the Rowlet episode so please keep him in small doses please.

Team Rocket’s comeback was actually pretty entertaining and honestly Mimikyu was the one who stole the episode for me. It’s certainly a lot diffrent them the game and fandom interpretations of the Pokemon that’s for sure lmao, seriously this thing is vicious and is out for Pikachu’s blood. Best part of the episode overall was Meowth’s dream harem, that part had me rolling.
Last edited: Nov 24, 2016
;254;
J

Am I the only who's kinda getting sick of Rotom...?

How I wish that the Rotomdex was Ash's Pokemon! But alas, it's just a companion!

Janovy said:
Am I the only who's kinda getting sick of Rotom...?
Click to expand...

Yea, this is probably my least favorite out of the 4. It's not bad, but pacing was atrocious and could have been better. Too much Rotom-dex moments. Hopefully it can have more memorable moments rather than being annoying all the time.

Hmm I must be in the minority so actually liked the Rotom dex. The way that he was learning as he went was pretty neat actually . Plus his voice is actually really good so I'm fine with him.

That felt like they were just purposely making this annoying to dub.

Soniman said:
TR's new intro gets a thumbs up from me
Click to expand...

Is that a new motto as well? Oh, an orchestral Rocket-dan Danka as well.

Surprised nothing was mentioned of their credit stealing with defeating Team Flare, expected that to play part in them being sent to Alola.

Not a bad intro for the guys, Mimikyu was dangerous. It was another one of those 'plot forced stupidity' instances where the rest of the team are just standing there doing nothing while Ash and Pikachu take a beating though. I mean there were FOUR team mates this time, I get most of them likely aren't battle specialised but Kaiwe?

Also thought it was a shame Wobbuffet didn't get in on the action. Even Meowth did a small bit of battling.
Last edited: Nov 24, 2016

1rkhachatryan said:
Hmm I must be in the minority so actually liked the Rotom dex. The way that he was learning as he went was pretty neat actually . Plus his voice is actually really good so I'm fine with him.
Click to expand...

No, I thought it was ok this episode. This was its intro episode, so I expected quite a bit of focus for it. I'm just wondering if Rotomdex grabbing Pikachu's tail and getting shocked is going to be some type of running gag (seen it in episode 4 too). I also thought the interactions it had with Sophocles and Samson Oak was funny.

Credit for the banner goes to Satomine Night!​
D

The Rotomdex being sentient and bent on knowledge also gets around Ash scanning Pokemon he's seen a billion times as well. Another clever reset buffer in this new series.

DatsRight said:
The Rotomdex being sentient and bent on knowledge also gets around Ash scanning Pokemon he's seen a billion times as well. Another clever reset buffer in this new series.

By the way, is it just me or does Ash look a bit more on model here?
Click to expand...

This episode was partly animated by Iwaane (my favourite animation director), who done all the XY Mega Evolution specials, so that might be why Ash looks a bit better in this episode.

Prefered the artwork of this episode to the previous two, however it is still growing on me!

First off, can I just say how adorable it was that Rockruff cuddled up to Ash when it was frightened by the lights crackling? Ash, you need that Rockruff!

It seems like I'm in the minority, but Rotomdex just cracked me up in this episode. Unfortunately, it started to get on my nerves a bit in episode 4, but this episode, at least, was a good introduction for Rotom. Its Pokémon pun-off with Samson Oak made me laugh - particularly because of the students' reactions. Also, the fact that it voluntarily scans Pokémon and recites their Dex entries means that none of the Trainers will look stupid silly scanning Pokémon with which they should already be familiar.

And...Team Rocket is back. I was not looking forward to their return. -_- At least they changed their motto (even though it looks like we will be seeing that motto animation every time they appear). Their new character designs actually suit them, even the sharp, angular eyes; it adds to the evilness of their appearance, especially for Jessie. And I will admit, their "introduction" here was actually rather entertaining, if only because of Mimikyu and Bewear.


Soniman said:
Team Rocket’s comeback was actually pretty entertaining and honestly Mimikyu was the one who stole the episode for me. It’s certainly a lot diffrent them the game and fandom interpretations of the Pokemon that’s for sure lmao, seriously this thing is vicious and is out for Pikachu’s blood. Best part of the episode overall was Meowth’s dream harem, that part had me rolling.
Click to expand...

I agree. Mimikyu really stole this episode. That Pokémon is pretty terrifying, actually. You could almost feel its rage when it laid eyes upon Pikachu; and the contrast between Pikachu's happy smile and Mimikyu's disturbing noises and ghost-like movement really drove that home. It was like it was thinking, "Pikachu spotted. MUST KILL THE MOUSE!"

I noticed that, too. It almost makes me wonder if the writers were giving the dubbers the proverbial middle finger for all those years of edits. It did get a chuckle out of me, though, mostly because of the expression on Ash's face. Seriously, I just love how expressive the characters are in SM.

(Banner made by me, Satomine Night)
Check out my art gallery to see more of my banners
Request a banner from Studio Satomine Graphics
​
D

I did find it odd none of the twerps were remotely creeped out by Mimikyu's exterior like TR were, though maybe that was just to make the beatdown more out of nowhere.

Mimikyu does seem more sinister than the standard TR Pokemon. It seems to be in it more for Pikachu's blood than the usual camaraderie that the rest of their squad usually has (even Seviper, who was a brute in the wild and had a past with Ash's Treecko ended up very buffoonish and loyal to Jessie). Either there will ultimately be a hidden soft side in it's creepiness, or they've caught a true knight of cerebus-mon.

Why does it feel like Meowth and Pikachu are back to being drawn the same way as before? The snapshots of the episodes show them looking not as fluid.

Hoo boy. Two episodes later and we already got a glimpse of the stuff. I hope this doesn't become too prominent.

Sorry, guys. Mimikyu may have a heartwarming story, but that doesn't mean they will forget the fact it's a Ghost-type.

It's like they wanted Ash to really need a possessed Pokedex to explain absolutely everything, even its own basic definition... That's kind of low... 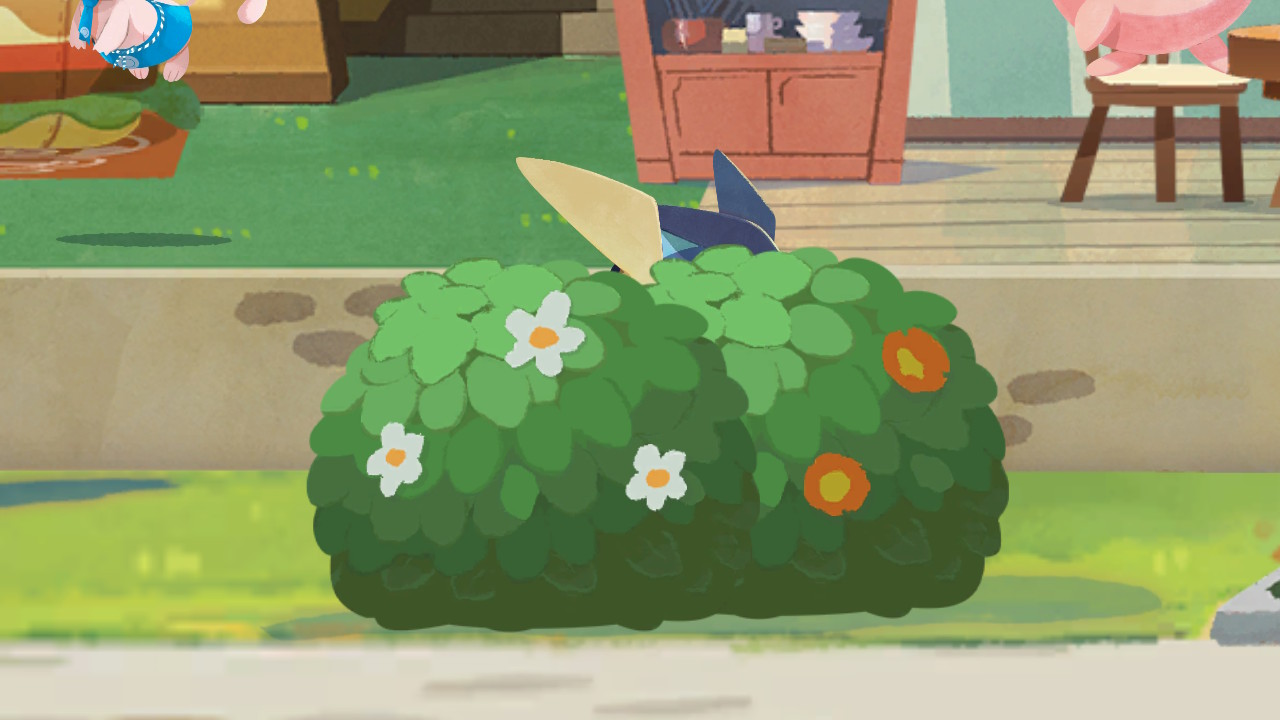