Staff member
Moderator
*This is just a reference guide for anyone who doesn't want hacked, cloned, etc. Pokemon, so they know what to throw out. Nothing more than that. No one has been or will be reported.*


Since we don't have a thread for Gen 8. Just posting this here.

Tomac (trying to show off their lv 20 one)


Lord Fighting said:
I'd just like to add to this that any pokemon you see on the GTS with the name Machamps.com or Pkmnlab.com or blatant hacks too and they put up easy trade requests for their hacked mon.
Click to expand...

Seen more than my share of them. And there are others. Got some screencaps of them. Will try to add them (namewise) in this weekend. For anyone who wants to block and/or keep an eye out for them.

freepkm.com (saw 2 of these in a raid today!)


Just adding in the names, not the screencaps, as those would use too much space.


I just found another one...

And yet another one...

MGDiscord.co (got 2 of theirs tonight of the exact same Pokemon)

Just saw this one...

And one that's tied to PkmLab.com...

One via another members experience with getting one.

coolbaby123 (was trying to scam them with Pokemon that had ad.fly in their name)

Got a pair of Landrus today, both hacked.

There are a few repeats...

Got a handful of new ones to add...

Figured the guy bred it that way.

It's shiny and has Pokerus.

Thinking the guy gave it soup, so it would be a gmax Blastoise.

It had a Master Ball attached to it.

That along with the 6 ivs, Pokerus and shininess stood out.

Just got a shiny Suicune.


Heads up. Auto bot dens are still around.

Machamps.com is back under pokegen.club. Recognized the id no right away. 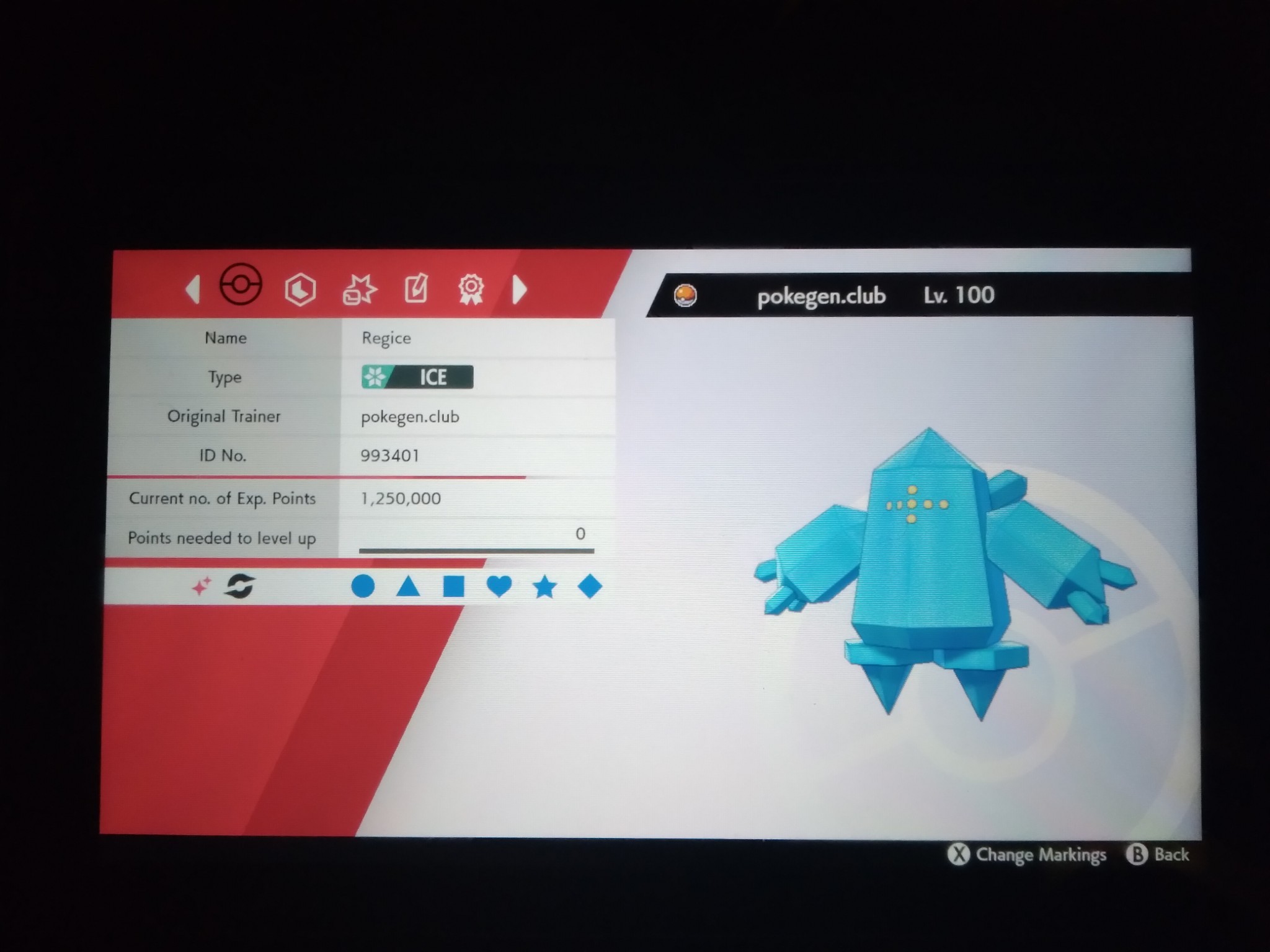 And they're still around.


Requiem Aeternam said:
Looks like some hacks are starting to reappear on the GTS. There’s a URL nicknamed Spectrier on there at the time I’m posting this.

That sucks. Got a Spectrier last night that wasn't legit via wonder trade.

I noticed you were compiling a list of hackers on the old hack check thread and have some suspicious nicknames I saw on the GTS you could put on the list.

EthanPkm.com - a shiny Lv100 HA Cinderace was nicknamed this, person offering was called Ethan so it’s potentially the hacker offering this themselves

REW-VM.COM - shiny HA Mewtwo on the GTS was nicknamed this.

VegRaptorTTV - shiny female HA Incineroar on the GTS with this nickname. Saw VegRaptorTV already on the list with a different spelling so probably the same person.

Just found pokesys.com, ARTICUNOS.UK, →MimikyuGirl, Go→→YuuumaTV and thehbg.shop. The latter was written in the larger letters you get when you use English letters on a Japanese, Chinese (both simplified and traditional) or Korean save file (might be worth noting that those languages are restricted to 6 character nicknames, not 12, so this nickname is impossible legitimately). The Pokémon itself (Kubfu) had the CHS language tag.

I saw one of PIMPNITE’s latest tweets which has a screenshot showing that some URL nicknames are now putting spaces in the nicknames to avoid the filters. PkmLab.com was written as PkmLab . com.

Just saw this one via the GTS.

Adel had a lv Spectrier and a lv 100 Glastrier (said Pokemon has since been traded, so I was unable to get a screenshot of it) up for trade for a lv 100 Seaking. Said trade seemed awfully suspicious.

Also found another Trainer, Leo who had another lv 100 Spectrier up for trade for a lv 100 Seaking. Found it very strange that two people had identical trades. It just seems fishy to me.


WishIhadaManafi5 said:
Thanks for the heads up. Sounds odd, given that Pokepark Pokemon can't be transferred.
Click to expand...

garchomps.org
→→RaichuGirl
YuuumaTV - I sent this one before but with a different spelling
Ｂ站藏科水樹 - I’m not sure what this translates to but 3 shiny Lv100 HA Cinderace has this name. They had the CHS language tag.

Regarding the hack check thread, would it be worth making a new one for the Gen8 trade forum or even moving the old one there? I don’t think many people will see it where it currently is due to far less people playing Gen6 nowadays.

They got a Meowth named Tax Evasion from Machamps.com.

So I figured out who one of the hosts was: Kyli (Melony’s Gym logo as her picture). she hosted a shiny Lucario.
There was also UwU who hosted a shiny Musharna


Eevee.vip is still around. Just saw this via Twitter.

I saw one of PIMPNITE’s latest tweets which has a screenshot showing that some URL nicknames are now putting spaces in the nicknames to avoid the filters. PkmLab.com was written as PkmLab . com. 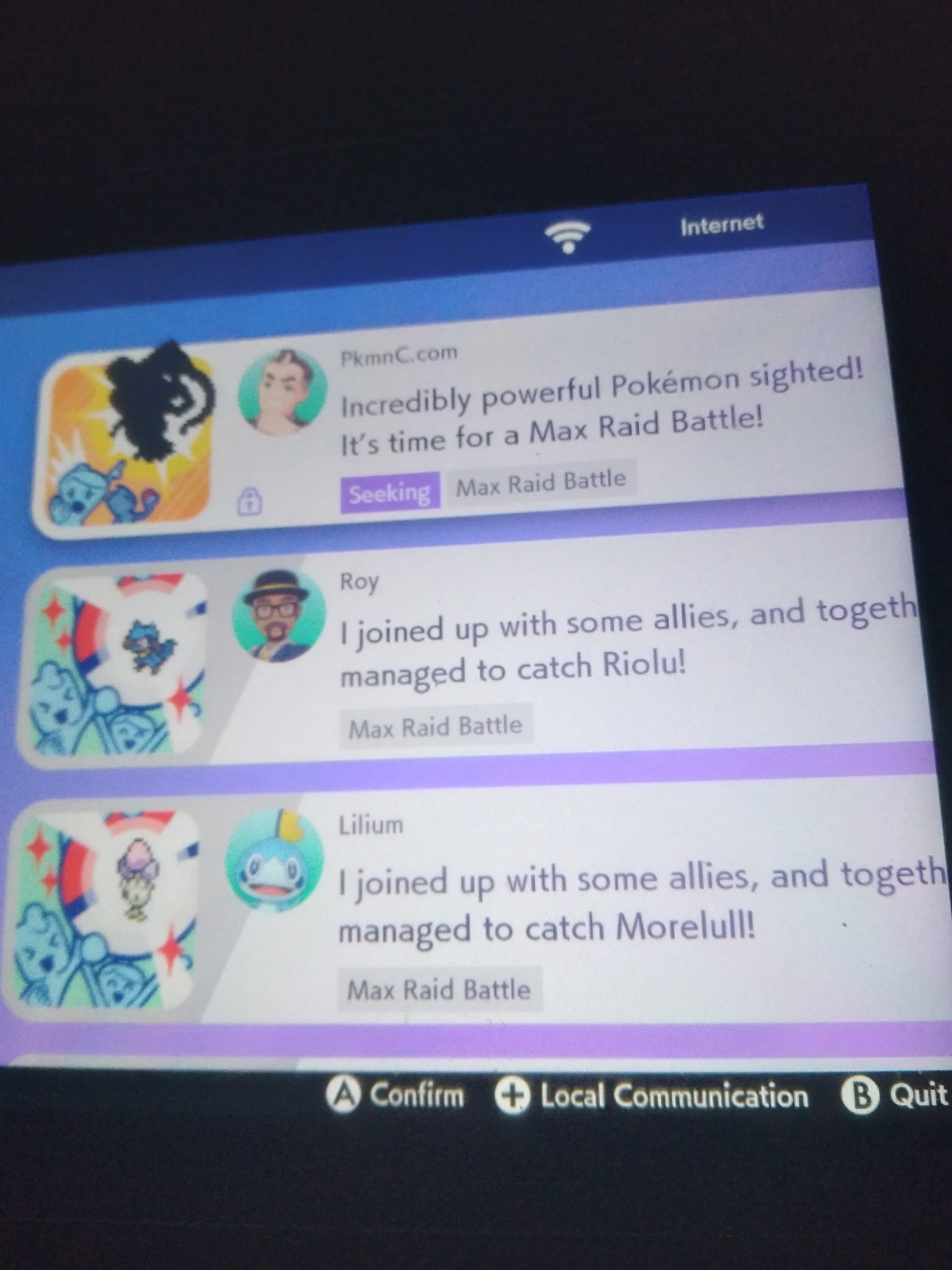 Adding in stuff from my block list, pardon any duplicates.

Just got this via the GTS in exchange for a Trubbish.

Got a shiny Tapu Koko tonight from a new Wonder Trader.


Got a shiny Regidrago tonight via Wonder Trade.

Just tried to do a trade on GTS but there's a lot of hacked pokemon created by a player named Adventure Snivy. Why hasn't Gamefreak or Nintendo banned this players from GTS servers. It's sad when you try to search for common creatures and one guy happens to have hordes of the same hacked creatures.

That trade (don't know if it was him) got me a few minutes ago while trying a Zubat for a Weavile (i was going for it t go after a mew trade)
My console froze and had trouble appearing again on the home screen for a while.

when did Gamefreak stop monitoring this or are Homebrewers too difficult to stop?

Same kind of Eevee I saw before, so it's very suspicious.

Pkmfans.me - with a lv. 100 shiny Rayquaza for a Glastrier

Saw these recently, pardon any duplicates.

Saw a Zacian with the name iHaxAlot

Just saw a Spectrier named REW-VM.COM on the GTS.

I was looking through the hacked list and I couldn't find this new person. I received a shiny Pidove from Bulba with the name "VenuLair.com". On their YouTube and their Facebook, they make mention about several genning bots and other hacked utilities. Just another one for the list.
Feel free to shoot me a PM if you have any suspicious Pokemon to add to the list. Thanks.
Last edited: Aug 31, 2021