Homosexuality & Politics in the 21st Century

Ketaru said:
There is one thing that disappointed me about the vote in Ireland today...

...and that is that, from here on out, America will never be remembered as the country that did it first.
Click to expand...

Don't be. Referendums aren't always useful for civil rights purposes - imagine the outcome of a referendum on rights for black people in the 60s.

Not really LGBT-related. But white racist guns down nine people during Bible study. If the anti-gay crowd is looking for an attack on Christianity, I believe they're looking in the wrong place.

Casual battler who also moonlights as a Red Mage on a dying MMORPG.
S

On the lighter side of the news, Mexico's Supreme Court legalized same-sex marriage!

And it shouldn't have taken this long but I'm really glad it's happened.

This is a joyous day for America!
and even though it did take longer than it should've, we all knew this day was coming. and better late than never ^w^

Thanks to FairyWitch for my awesome user-bar!

Just when I get hopeful for America, **** like this happens

My Facebook has been blowing up over this of course.

That final paragraph gave me chills:

"No union is more profound than marriage, for it embodies the highest ideals of love, fidelity, devotion, sacrifice, and family. In forming a marital union, two people become something greater than once they were. As some of the petitioners in these cases demonstrate, marriage embodies a love that may endure even past death. It would misunderstand these men and women to say they disrespect the idea of marriage. Their plea is that they do respect it, respect it so deeply that they seek to find its fulfillment for themselves. Their hope is not to be condemned to live in loneliness, excluded from one of civilization’s oldest institutions. They ask for equal dignity in the eyes of the law. The Constitution grants them that right.

The judgment of the Court of Appeals for the Sixth Circuit is reversed.

It is so ordered."

Credit: FairyWitch and American--Pi ​
A

1. You know, one problem I find I have with homophobes is that practically every argument is a double standard which suggests that they make up their reasons on the spot rather than at least trying to present arguments that can be rebuked.

Take the argument "If we okay gay marriages, then the definition of the word will have to change".

Sorry, but haven't words like f*g, molest and gay originally started out with different definitions? Only to have more sexual meanings over time?

2. And I never understood why homophobes try to claim they are victims of oppression.

I mean doesn't being homophobic by default mean disrespecting the rights of those who pursue same sex relationships? If that's the case, what makes their rights sacred.

I mean if you are unwilling to give, you have no business expecting to receive.

Remember these are the people who you're trying to convince. They're the same people who tend to believe if there isn't a God then people would just rape and murder all day.

Mister_SGG said:
Just when I get hopeful for America, **** like this happens

(that's a link to something btw in case the font colour hides it and people think I'm a homophobe or whatever)
Click to expand...

That site is hilarious. Shows just how smart people against marriage equality are.
Jackpot!

Gee I wonder what's next, SCOTUS ruling in favor of polygamy and marriage between sibs?
"The only thing necessary for the triumph of evil is for good men to do nothing." - Edmund Burke

All well and good to be concerned over slippery slopes, but flat out banning of homosexual marriages have just as many slippery slopes as well. I mean, lets say it's banned on the reason of being unnatural.

Well, we'd have to ban anything else that's unnatural such as:
- technology
- plastic surgery
- birth control pills and other man made remedies.

Or as a Christian, lets say it should be banned because it makes certain religious folks cry. Then lets ban:
- pork and various meat products
- beverages like coffee, soda, tea and so on
- holidays and birthdays

So yeah, the slippery slope argument works as a reason not to ban it.

Citation needed that homosexuality is linked with other sexually deviant behaviour.

(Though protip, consensual polygamy shouldn't even be considered deviant, but that's an argument for another thread)

because there is any reason to consider those anywhere near equal, right

then again, if you're even saying this kind of thing at all, especially with no backing or proof of any kind ...
My YouTube channel

The Admiral said:
because there is any reason to consider those anywhere near equal, right

then again, if you're even saying this kind of thing at all, especially with no backing or proof of any kind ...
Click to expand...

What is proof to a person who faithfully believes in a scripture that says Harry and Ben, living together down the street, ought to killed with nobody to blame but themselves?

Casual battler who also moonlights as a Red Mage on a dying MMORPG.
C

It's pretty awesome that gay marriage is legal throughout the US now. I just thought I'd come back to the thread long enough to appreciate this change, since we spent so much time here examining and reexamining the issue from every angle. It would have meant something to me back then.

And I've got to say, the argument against gay marriage hasn't looked too well today. The crux of it always seemed to rest on legal and tradition definitions, but now that there's actually a federal case established, it's going to be harder to make that argument. Any further actions against gay marriage are probably going to come from states that try to find loopholes around it like some did with abortion. One idea going around is to stop granting marriage licenses altogether. You know in order to preserve marriage. Actually, it's not that extreme; I've heard many people from both sides of the issue say we should just do away with marriage. Personally I'm more for affirmatively granting people the rights to do what brings them happiness rather than taking away something so that nobody can enjoy it, but everyone has their own perspective.
Last edited: Jun 27, 2015

Albus Dumbledore said:
Words are, in my not-so-humble opinion, our most inexhaustible source of magic. Capable of both inflicting injury, and remedying it.
Click to expand...

Today was a great day for America:

“No longer may this liberty be denied,” Justice Anthony M. Kennedy wrote for the majority in the historic decision. “No union is more profound than marriage, for it embodies the highest ideals of love, fidelity, devotion, sacrifice and family. In forming a marital union, two people become something greater than once they were.”

Marriage is a “keystone of our social order,” Justice Kennedy said, adding that the plaintiffs in the case were seeking “equal dignity in the eyes of the law.”

he uses equal dignity several times in the ruling

The question is, why does it even matter?

None of the three affects you. 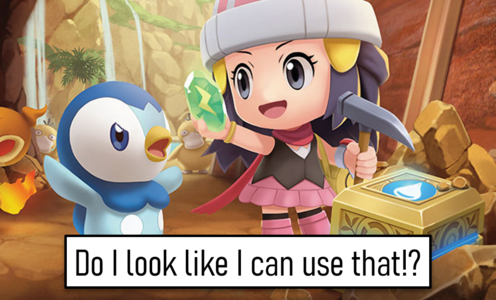