How different would past series be if their games were never delayed?

So this is something I wanted to talk to you guys since a long time and I am suprised there wasn't much of a discussion, since we're slowly entering the " the next generation is coming" phase ever since we know about the 2019 Switch games.

I am talking about how different the pokemon series, especially DP and the Johto part of OS would be if the games were never delayed.

Some background information: Gold&Silver and Diamond&Pearl were both games with a delay during the development phase. During the development of GS, there were major engine problems and the games got delayed because of that (the original release date was confirmed to be early-mid 1998 instead of late 1999). Then we have DP, which was originally ment to be released in fall 2005, so one year prior of the final release date. There was no clear statement of why Game Freak did that, but it was rumored to be problems in the online play department.

Why I am telling that to you? Well because there were several arcs serving as a bridge between the old and the new generation. With that I mean the Orange Island and the Battle Frontier arc.

The first pokemon series (called OS), or to be more accurate the Kanto saga was also ment to be the only one ever existing. But then Pokemon gained huge popularity not only in the West and they deciced to continue the series after the Indigo league. Since the Indigo League was already over in early 1999, they needed something to bridge the time until late 1999 and the result was the Orange Island arc.

For DP we know that the games were set to be released in fall 2005, so that means that AG was ment to be over after the Hoenn league, which means the Battle Frontier arc was never ment to happen in the first place. Once again the games got delayed and they needed something to fill in between Hoenn and Sinnoh. Pokemon Emerald, the latest game which was already more than a half year out by the time had an area with facilites where you could earn something similiar to badges. There was also Firered and Leafgreen, which came out not even two years ago. So why not mixing things a little bit up was what they probably thought and they did an arc about the Battle Frontier in Kanto. May and Max suddenly came back and we once again got contest.

And all those things come together to the actual question of this thread: What if these games were never delayed? Would Johto be even longer if they started with it earlier? Would DP be as good as we know?

Well since they'll be released a year early, I would think the anime would've came out not long after. I don't think it'll really change much unless production was delayed during the anime airing like it was with DA!
The M

Well without BF, I'm guessing AG would be significantly worse off and maybe Sceptile would've stayed as Grovyle? Perhaps DP would have been reworked so there'd be a BF arc instead of the Sunnyshore gap? Not sure what another year of Johto would've done, but maybe Ash's Johto pokemon could've benefited from it... 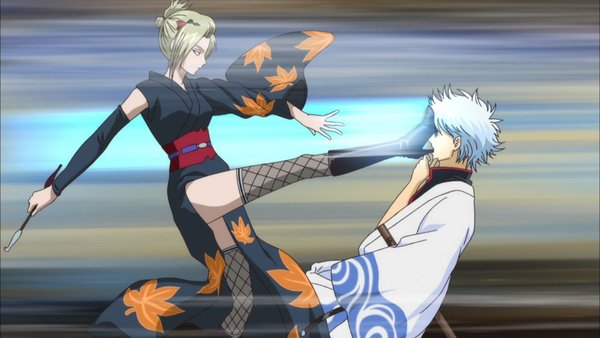 In AG's case, I think they would've probably omitted the BF, and the series would have concluded with Ash and May's loss at their respective leagues and grand festival, before saying goodbye. As for Pokémon, Grovyle might've stayed as a Grovyle, or they would've given it a rushed evolution somewhere. Snorunt might have never even be caught, or again, would've been earlier.

Not sure how significant DP's would be though, since even if the game came out in 2005 as intended, gen V would've probably come out four years later anyway at 2009. So it would still have been a four year series for DP (since I don't think GF would've ever wanted a five year generation).

Another interesting 'what if' scenario is what if the originally planned Pokémon Z wasn't scrapped in favour of releasing a brand new generation (Sun and Moon)?

I agree with @Akkipeddi that DP would have still been 4 years, and I will extend it further to say that even Johto would have still been 3 years and RS would have come out in 2001. We have no way to know how future development cycles would have been impacted without the earlier delays, so we have no reason to think that RS and BW respectively would have still come out in the same years they did. I would say it's a safer assumption that Gens II and IV would have lasted just as long as they really did. To me the interesting part of the question is about Gen I and III being shortened.

If their idea for Misty's Poliwag all along was for it to evolve into Politoed in Johto to showcase that new evolution, then I can see Misty still getting a Poliwag either at the end of Kanto or the beginning of Johto just for the sake of showcasing Politoed.

The Charizard Chills episode would have had to be reworked somehow. Maybe it would only be near the beginning of Johto that a similar episode happened where Charizard finally started to listen to Ash, and potentially maybe that would mean that Charizard's Burning Ambitions wouldn't happen until even later in Johto.

I'm unsure whether or not A Rivalry Revival would have happened at all, or how Ash would hear about Johto.

Now to move on to a shortened Gen III - only Hoenn and no BF.

So I guess that would make a difference, but I've gotta personally say I see Ash and May finishing with Sceptile and Blaziken either way.

no BF would mean Ash would never have evolved Phanpy, Pikachu and Charizard would have never beaten legendaries, etc.. I do think that if they had no BF, then they would have made May beat Drew at the Hoenn Grand Festival instead. I don't see May-Drew being a Dawn-Zoey situation where she just never won.

In both cases, I've gotta say I'm really happy the development cycles were delayed because OI and BF are Ash's only two true triumphs in the history of the anime that people point to all the time, even when he lost the Kalos League people said "it's been 10 years since we won anything - BF" and just imagine if even that hadn't happened how horrible that would be.

BUT for the sake of argument, I don't really believe this, but just as a conversation starter, the only thing I can think of is that if Z came out in 2015, then SM wouldn't have come out until 2017, making XY&Z last 2 years, and maybe Ash would enter the Champions League
Voted 2018 Member of the Year in the Pokémon Anime Awards