How Do You Build Your In-Game Teams?

I always choose thngs that can cover the gym leaders and E4. I also try to get Fire, Grass, and Water all in my team. A flyer(if I like any of the fying Pokemon) and usually no legendary..

So, how do you build your team?

Credit to Shadow for the Buttons
J

Well, I don't separate my in-game team and my competitive teams. I try to keep them the same.

I usually try to cover my rock-paper-scissors; Fire-Water-Grass and Dark-Fighting-Psychic. And I always want to have a flyer.

And then I go look up and down the available Pokemon list and look for something I would want to train. Sometimes I'll catch something at random and I'll change the planned party.

And right now, in my latest Black playthrough, I've got certain Pokemon on rotation, that way I can use a lot of what I like, and still train them. It's a little tiring, but so far it's good. Huge thanks to Sweet May at the Lunar Subterrane Graphics​
K

Yeah, I sometimes change my Pokemon on the fly. In Platinum I ended up getting Rotom haha.

Credit to Shadow for the Buttons
B

New generations: I try out a number of different Pokémon and keep those that I like most.

Old generations: I try out Pokémon I haven't used before.

Regardless of the game, I try to keep a good variety of types, I don't like having two of the same type on my team.
B

Kyro12 said:
I always choose thngs that can cover the gym leaders and E4. I also try to get Fire, Grass, and Water all in my team. A flyer(if I like any of the fying Pokemon) and usually no legendary..

So, how do you build your team?
Click to expand...

Fire type are a real pain to get in 4th gen. Rapidash & a starter are you only options.

Kyro12 said:
Yeah, I sometimes change my Pokemon on the fly. In Platinum I ended up getting Rotom haha.
Click to expand...

In platinum, Rotom is outclassed by every other electric type in the game unless you use one of its forms, via mystery gift.

My ingame team always goes like this:
A dragon
Starter
Steel type
Electric
Flying
(water, grass or fire depending on starter)

That is how I build them :3
"Everything will be all right in the end.
If it's not all right, then it's not the end."

Another thing I do is use unique Pokemon (like using Ratata on HG) I only do that on 2nd or 3rd playthroughs though.

Credit to Shadow for the Buttons
P

I don't battle competitively, so I just use Pokemon I like. My team usually goes like this:

ParadoxWithinAParadox said:
I don't battle competitively, so I just use Pokemon I like. My team usually goes like this:

Credit to Shadow for the Buttons
D

I always make my teams even, good coverage, and train them evenly. A good example was my HG team and my Black team:

I use Marriland's Team Builder. If you don't know what it is, search it, it tells you strengths and weaknesses.

I try to make my Pokemon team not have over two Pokemon weak to one type, but sometimes it can't be helped. I try to use at least one Pokemon I haven't used before, or in a while. I always make my starter or main Pokemon at last one level higher than the rest.
Want to read an epic reinactment of a series that needs more love? Click the userbar! As of 3/16/13, Chapter 50 is up!

Credit to Trickster44 for the userbar!

At this time of posting, my primary team in Diamond is Infernape, Dialga, Tyranitar, and Staraptor. The other two slots are for evolving purposes or, in battling, some strong Pokémon. So, basically, my starter, the version mascot, a super-strong Pokémon that I bonded with when I was evolving it, and my flier that's pretty good with Close Combat, Roost, Fly, and Brave Bird.

In Black, obviously, in the start of the game, I switched out a lot. The only switching I did after that was replacing Herdier with Archen (I know its ability sucks, but it's still awesome with its massive Attack and Speed!) Unfezant with Reshiram (version mascot!) and Simisage for Zoroark (gimmicky ability FTW!)
GAMES ACCOMPLISHMENTS
1st Prize in Caption Contest 7/15/11
Won a Cool Vuvuzela in Pokémon Assembler!

I usually try to get a Fire, Electric, a Flyer, and a Psychic. The other two usually depend on the other types (for dual-types) or if I have a Flyer or not. Possibly an HM slave as well. 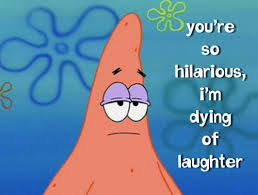 I have my starter, a Flyer, a Surfer, and mixed for everything else. I usually pick the Pokemon I like best from the region. Never used a HM slave, didn't bother.

I find that a fully well-rounded team with nly a few weaknesses are a fire type, a water type, a grass type, a psychic type, a flying type and an electric type. I always try to get all of those, but I usually try to get dual types (e.g. fire/flying or water/psychic), because they free up more spaces for ground or fighting types, which also help a lot. Sometimes, I copletely ignore this tactic and make a team of my favorites.
Since I was off for so long, I feel it is only right to start anew. My name is pokemon player, and I am very happy to meet you.​
​
​

Credit to lifeburst for the banner, check him out!​
W

I usually start out with the Fire starter (Especially in Diamond. I mean really TWO fire types? I'm calling shenanigans.) Because I LOVE water types so I like to catch one later one (except in Leaf Green. Squirtle forever <3) and I HATE Grass Types (Except for Bellsprout. Victreebell is great. Also, Breloom.) Then from there I usually pick up a ground type (Sandslash, Gastrodon, Donphan, Rhydon), a water type (Gastrodon is Perfect!, Tentacruel, Vaporeon) sometimes an electric type (Pikachu, Jolteon, Magneton), poison type (Muk, Nidoking), a fire type if I didn't choose one as my starter (Ninetales is basicaly it.), a flyer (not usually a team member.), a slave (whom I keep in my party the whole game and take to the Elite 4 just for the lulz.) or anything I like and want to use (Beedrill, Butterfree, Legendaries, etc.) That's just for Gen4 and older. I'm only on my second playthrough of 5th gen so (like any other new pokemon game) I use new pokemon everytime as well as playthrough as each starter. I used Oshawott first and now I'm using Tepig. I'm not looking forward to Snivy though as I have a tendancy to put my grass starter in the box the whole game. (I did that to my Treeko. It was only level 8 when I put it away.)
http://www.youtube.com/user/weakestweaksauce?feature=mhee
^^Click to see narrated wifi battles by, myeslf. (In poor quality of course.)

I use looks and sometimes types.
G

I always go with the Pokémon I like the most. Preferably good or even semi good battlers. I don't want to use legendaries anymore, as I find it stupid that some one random kid collects all the legendaries in every region every time. As if guys like Lance or Cynthia wouldn't be better suited for this mission. They're supposed to be legendary Pokémon, after all, not some monsters you accidentally run across while visiting, say, a Power Plant...

Yeah, Pokémon that I like. I prefer to have at least a Water type and a Flying type (because of good HMs). Lately I've also had a Dragon type in my parties - they're awesome. I've also begun using the region's own Pokémon mostly.

My current and FINAL Red team.
I just can't start a new one since there are no Link Cables around these days. Requiscat in Pace! :´(
(^ Okay, gotta admit it looks better in COLOR! )
Y