How would XY Ash do in the other leagues?

Ok, so XY Ash has Pikachu, Greninja, Talonflame, Hawlucha, Goodra and Noivern. And other Pokémons in the past conferences has no Mega Stones.

Indigo Conference: We don't know what happened after Ritchie lost, but he should reach at least Top 4. Top 4 at least
Silver Conference: XY Ash would slay Gary's team. I think he can beat Jon Dickson 6-5. Winner
Ever Grande Conference: This would be tough since we know Tyson is a very strong trainer that can match Paul or even Alain. Top 8 at least
Lily of the Valley Conference: He would still beat Paul 6-5, but Tobias' team would still be difficult to beat. Though I believe Tobias will win 6-3 because XY Ash seems to be smarter. Top 4
Vertress Conference: Virgil seems to be strong but I believe XY Ash can slay his team 6-3 because I think even Goodra's Bide would be a problem for Virgil, plus that Ash-Greninja. Winner

Ok, so XY Ash has Pikachu, Greninja, Talonflame, Hawlucha, Goodra and Noivern. And other Pokémons in the past conferences has no Mega Stones.

Indigo Conference: We don't know what happened after Ritchie lost, but he should reach at least Top 4. Top 4 at least
Silver Conference: XY Ash would slay Gary's team. I think he can beat Jon Dickson 6-5. Winner
Ever Grande Conference: This would be tough since we know Tyson is a very strong trainer that can match Paul or even Alain. Top 8 at least
Lily of the Valley Conference: He would still beat Paul 6-5, but Tobias' team would still be difficult to beat. Though I believe Tobias will win 6-3 because XY Ash seems to be smarter. Top 4
Vertress Conference: Virgil seems to be strong but I believe XY Ash can slay his team 6-3 because I think even Goodra's Bide would be a problem for Virgil, plus that Ash-Greninja. Winner

The level of competition and the bar rapidly raised higher and higher every series up to DP,having said that not sure what's wrong with assuming that he'd storm through Indigo Plateau Conference giving how little was offered there ,especially when most of you said he'd win the whole Silver Conference.
​

IDK about Indigo or Ever Grande, but he'd win the Silver/Vertress Conference and lose 6-5 against Tobias in Sinnoh.
<TLCNU> Escavalier literally is 2HKOed by Stoutland Fire Fang, Metang was undoubtedly the much better choice. 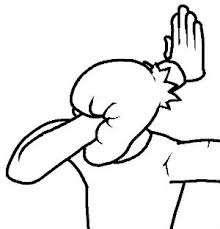 @Mal: Was going to just post my thoughts, but given how comprehensive your post is I'll just hijack it with a quote and comment on where I agree/disagree and why.


Maldread said:
^ What the hell am I reading? S

Some of you are seriously overestimating the Kalos team...

XY Ash reaches at least the semifinals, but it's impossible to say if he goes further.

Technically, yes, it's impossible to state definitively. But we can given an approximation based on the likelihood of stronger opponents showing up. XY Ash pushed Diantha back and could feasibly defeat Alain (whose Charizard is E4 level). The odds of a trainer with any Pokemon of E4 calibre showing up in the Indigo League are pretty low. This also comes down to a bit of meta-analysis. If we're just dropping XY Ash into the world that the writers would have created back then, odds are they never would have written E4-level opponents into the League for the finals even if those trainers were shown. XY Ash's prowess would be a completely anomaly since he's not written within the constraints the writers applied to OS Ash and OS in general. And Malva herself stated the Kalos League which XY Ash participates in is more exciting than previous years due to the presence of Mega Evolutions, which illustrates that canonically, Mega Evolutions weren't used by the general public back when Ash competed in the Indigo League (if we ignore that their exclusion was just because they didn't exist in the series back then). Ash Greninja probably wouldn't have any Mega Evolving opponents to go up against, so even if an opponent were "E4 level", if they lacked a Mega Evolution, Ash Greninja probably wins. Without Bond Phenomenon, harder to say. But I'll concede that yes, there technically could've been someone stronger there.

1. Leprechaun is marginally better than Harrison (60/40 he wins). However, Johto Ash had Snorlax, who did the heavy-lifting in defeating Hypno and Steelix. Charizard v Blaziken was so brutal that even with PC healing, Blaziken was too injured to be in the next round. So bringing down Blaziken depends more or less on the frog. XY Ash > Harrison, but let's not pretend it would be an easy battle.

Greninja could likely KO Hypno and Steelix with little trouble even without Bond Phenomenon. He's immune to all of Hypno's moves and has fast, long-range attacks to use against it. Even if he had to get in close, if Hypno was unable to avoid Snorlax' attack when he woke up, he certainly won't be able to avoid Greninja's. And Greninja already dealt with an unusually mobile Onyx as a Froakie and KO'd it. Even accounting for the higher evolutionary level, Greninja's Water Shuriken > Snorlax's Ice Punch. And if Snorlax could KO Steelix with a Hyper Beam, odds are Greninja could so the same with one or two more Water Shuriken. He can also avoid Bind. Sandstorm might do some chip damage, though. Blaziken has no Fighting-type moves, so he's just at an outright type disadvantage. That said, Harrison had some quick-thinking to withstand Seismic Toss, and his Blaziken's quite resilient. So I'd saw Greninja >/= Blaziken (probably > due to the advantage). Though with Bond Phenomenon Greninja wins.

2. Harrison v Jon Dickson went to the final match without Blaziken. The implication was that if Blaziken had been in the match, the battle could have gone differently. JD v finalist also came down the final Pokemon. So assuming JD used the same team in the semifinals and finals (which is a huge assumption), then with some mental gymnastics:

In this scenario, XY Ash wins the league. All bets are off if JD, or even Harrison, used different teams in the finals and semfinials, respectively, than in previous rounds.
Agreed, pretty much.

1. Tyson > Leprechaun, and the Kalos team barely got by him (maybe Ash could have won 6-4 if he switched). Zero-true-losses Glalie neutralized the Sceptile. Swellow hard carried by defeating Hariyama, upset win over Donphan, and cracking Metagross' armor allowing Grovyle and Pikachu to bring it down. Ended up being so close because Pikachu went all-out against Puss in Boots. So it's not even certain XY Ash wins over Tyson; it'll come down to some Pokemon stepping up and the right match-ups.

Sceptile is certainly strong. But Goodra could have a Dragon Pulse VS Solar Beam clash and likely not faint due to its sheer stamina. Talonflame could probably activate Flame Body against Hariyama, though Thick Fat would minimize Flame Charge's utility. Donphan would KO Talonflame, but Greninja could just KO it right back. Metagross would probably be tough, but Greninja and Pikachu together could likely KO it. Greninja's Dark-typing also helps (and Greninja solos if using Bond Phenomenon). And even if Pikachu can't KO Meowth (which XY Pikachu probably could, given it defeated Regice, tied with Latios, and KO'd Tyranitar/Metagross since then), Greninja and/or Goodra could probably finish it off.

2. Tyson had to win five consecutive full battle to win the title. That's impressive. It's also possible he was using some of his reserves in the later rounds, which means all bets are off over the quality of his opponents.

XY Ash could win the Hoenn League, but he certainly would have to rest the Kalos team after two full battle rounds, and rely on reserves.

Agreed here. I don't think the XY Team could handle 5 consecutive Full Battles. Even a team of Ash's "S-Tiers" would probably start getting tired after that.

1. Umm...unless Rain Dance clears away the Toxic Spikes, or Smogonbird does kamikaze Flame Charge runs on the battlefield, good luck on getting rid of that entry hazard. Paul's Drapion would probably mop the floor out of Smogonbird and Lucha like it did with Torterra, Buizel, and Staraptor. Depends on Barney or Dracula Otachi to be Gliscor and get rid of it. XY Ash needs to switch-in-and-out the frog to hard carry like Infernape.

Goodra has a greater emphasis on durability than any of D/P Ash's Pokemon had, so odds are it could at least tie with Drapion (and obviously at least heal its own Poisoning with Rain Dance during the battle). And XY Ash has three remaining Flying-types that can stay in the air and avoid the residual Toxic Spikes anyway. The only reason Staraptor and Gliscor got affected to begin with is because Drapion either slammed them into it with its highly-mobile appendages, or shot them down. Neither threat exists if Goodra already KO'd Drapion. Noivern could've probably taken care of Gastrodon with enough ranged pressure from Boomburst and Supersonic. Talonflame is likely faster than Gliscor, especially after using Flame Charge a few times, so it would've necessarily be overwhelmed by Speed Boost like Gliscor was. Pikachu still KO's Froslass, though if Goodra is still around I suppose Rain Dance could neutralize Hail. Hawlucha could likely KO Aggron as well - he matched a collision with Guillotine using X-Scissor even whilst paralyzed and damaged, so he could probably match Double-Edge is a fresh Infernape could. And his feats involving reflexes are more impressive than Infernape's, so the agility makes him even better suited to KO Aggron. Greninja can still switch in/out if necessary, can KO a few with relative ease if Bond Phenomenon is used. The Electivire matchup is harder for Greninja, but I still think XY Ash could come out on top.

2. Anyway even if XY Ash defeats Paul, he's losing next round.

We all know Trollbias' team was Darkrai, Latios, Latias, Lugia, Arceus, and Barack Obama. "Now I am become Death, the destroyer of Worlds."

xD "Barack Obama". Actually got a laugh out of me.
Bond Phenomenon Greninja could probably KO Darkrai, and the Psychic immunity added to the power boost could probably deal with Latios. But yeah, even if XY Pikachu = DP Semi-Finals Pikachu, Ash isn't KOing more than half of Tobias' team with his XY team. So agreed here. Ash can't win in Sinnoh (though in terms of power he was actually the true runner-up in that tournament, rather than just Top 4. And I'm certain the XY team could match that placing, based on what we saw.)

Even if it was a team of Eeevolutions, Virgil was highly competent. I give XY Ash a 60/40 chance of defeating him, and then going on to take the championship.
Agreed here for the most part. Though it's worth noting XY Ash has two Dragon-types that resist Flareon/Vaporeon/Jolteon (or are neutral, in the case of Jolteon vs. Noivern). And then you have Greninja on top of that. I'd say it'd be more of a 65-70/30-35 in Ash's favour.
Click to expand... Staff member
Moderator
XY Ash would at least win the Kanto League......Well, that's if the writers allowed him to win.