Demetri Martin launches potentially the most important TV show ever of all time, "Important Things with Demetri Martin," a sketch comedy series premiering on Wednesday, February 11 at 10:30 p.m.

"Important Things with Demetri Martin" is the second series pick-up under COMEDY CENTRAL's first-look agreement with Jon Stewart's Busboy Productions, Inc. The show is produced by Busboy in association with One Verse, Inc. and is executive produced by Stewart and Martin. Rich Korson and Chris McShane are the executives in charge of production for Busboy. Dan Powell is the executive in charge of production for COMEDY CENTRAL.
Click to expand...

Looks good.
If I ever insulted or offended you in any way, I'm deeply, deeply sorry. I wish you all the best. ​

Of course it looks good, it's Demetri Martin.

This may give me motivation to actually watch Comedy Central again. I wasn't so sure about Demetri Martin. At first his jokes were fresh, but they quickly became predictable. Plus he never called me back. After I saw Person! though I became a fan. If he's actually the driving force behind this then it might be a comedy gem. Comedy gem...

Katya Ivanova;10598698 said:
laughing at criticism probably isn't the best way to go about not being hideous
Click to expand...

Person. was a decent stand-up special, so Martin's okay. I might watch it a little, probably mainly for David Cross and John Oliver. How bad could it be, anyway?
My YouTube channel

PM me if you want my Discord.
It's way easier than getting in touch with me on here.​
E

I guess I'm the only one here who's never heard of Demetri Martin. 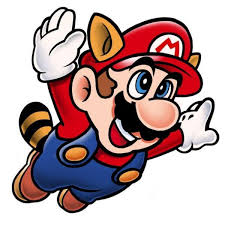 he's horrible..RALPHIE MAY is where its at.
Volt Tackle's #1 fan

Dude, Ralphie May is hilarious!

This new show is gonna be awesome. His commercials are great: Shaker solo...

I have really low standards though...
E

I'll watch it, but it better not be stupid jokes like "The Sarah Silverman Program". That was just stupid.
The Status Quo Now Truely Sucks

Oh no you didn't! The Sarah Silverman Program is awesome: Oh Doody Balls!

BTW: I read some of George Carlin's book (the one mentioned in your sig.) That book is absolutely genius... Some of it is so simple, but who really thinks of all of it!
S

raichu2626 said:
he's horrible..RALPHIE MAY is where its at.
Click to expand...

Ralphie May is a fat bastard. He's barely funnier than Larry The Cable Guy, he's poor in comparison to just about any other Comedy Central comedian, and that's not saying much.


EmberStar the Blaziken said:
I'll watch it, but it better not be stupid jokes like "The Sarah Silverman Program". That was just stupid.
Click to expand...