I've come to realize a lot of people wanted a very dull movie. There's nothing wrong with including Marshadow if they tie it's shadow qualities to Ho-oh's rainbow qualities. I would have preferred Necrozma but this works too.

There was also blatant ignorance to the signs telling us this was something new though. Some of people, including myself, tried to talk about it but we were shot down pretty hardcore. This isn't even the case of false advertising or stupidly vague descriptions like we usually get with this series, they straight up told us this was a new story.
Last edited: Apr 8, 2017
To right the countless wrongs of our day, we shine this light of true redemption, that this place may become as paradise. What a wonderful world such would be...
L

Unless there is some way to work it into the series I think it'll just be easier to consider this to be a parallel version of Ash. There's already some possible inconsistencies that make it seem so. It's not like there isn't evidence of Parallel Ash's before (mirror Ash, Victini movies) so its not a major thing for me. That being said if they were going to do a Parallel Ash i'd much rather see an Evil one.
K

All that this unwarranted OS nostalgia-fueled backlash proves is that Futurama's Philip J. Fry was right about TV audiences.

For those who don't feel like watching a clip, refer to the below.

Leela: Why not? It's clever, it's unexpected.

Lrrr: [on TV] : Attention, McNeal. Your unexpected marriage plan scares us. You stole our hearts as a single female lawyer, and so shall you remain -- or else!

With that said, I'm very interested in seeing where things go from here. These new companions, while not the most visually appealing as far as designs go, do seem pretty interesting. I like the rival and old man, too. I'm just hoping that Team Rocket doesn't waste too much screen time whenever they show up like they always do.

Here's to hoping that this movie ends up starting a branching series rather than simply being a one-off. I want to see more of this version of the Pokemon World.

Not going to lie; it'd be great if there was like a spin off miniseries based off of this movie 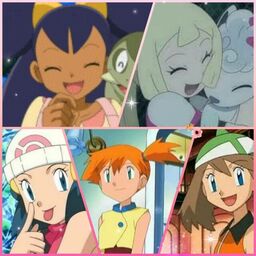 I don't know why, but I'd rather this was all just one movie.
Banner by AmericanPi!!

I'm perfectly fine with fans like Rohanator, who state that there is stuff they dislike in the trailer, but they still need to form a solid opinion. Who we're annoyed with are the people who say "No Brock and Misty! Instant sellout! Won't see! TPCi will lose money ha ha!". Please people, just wait for more trailers until you form a real opinion. I was like that with the SuMo anime once. Now I'm more or less an ardent defender of it (and yes, I still really like Kalos).

And on the movie, does anyone feel that Makoto may be a Lillie expy? Her summary reminds me a lot of game!Lillie's.
Last edited: Apr 8, 2017

Ooh, that might be a cool idea. Hehe, what of this movie takes place at the beginning of the Mirror World universe?
This one's stayin' until I complete a novel-length story.

diakyu said:
Also has anyone wondered WHY the new characters are there? Like maybe they serve a purpose to the narrative beyond what Brock and Misty couldn't bring? I'm sure we'd all love to have a movie where Brock and Misty do nothing like in the majority of the series after the Kanto episodes but if they don't fit in the new story that's being told here then they don't fit. This is entitlement at best, and elitism at worst.
Click to expand...

I brought this up earlier:

I'm probably one of the few who are happy Brock, Misty and Gary aren't main characters in this movie. Reading the basic plot, I think they would have had very minor roles to play. It makes sense for Ash, given his history, to be interested in Ho-Oh. You can easily branch a new story from that. But you'd have to come up with actual reasons for characters like Brock and Misty to be interested as well; something besides "well, Ash wants to go and we go where he goes". It would have sucked for old characters to come back only for them not to do anything worthwhile.
Click to expand...

To me, it seems obvious that the new characters will - or at least they should have - much more narrative importance than any returning character, since they've been made for this film. The new edge lord jumps out straight away as someone designed to be a contrast to Ash. If the big theme of the film is the bond between Ash and Pikachu, it makes sense to have a character who doesn't believe in bonding with his Pokemon. Not a new character type by any stretch, but a sensible one to have.

I feel that the new characters are also a part of making this is as AU as possible. It wouldn't be much of an AU if Ash met the same people and took the same path as did originally. New characters, be they companions or rivals, just drives home that this really is a different world.

Just to avoid beating a dead horse - I'm not that concerned about the new characters. I'm happy to have them.

My only real concern for the film is how they integrate Marshadow into the Ho-Oh plot. They're unrelated legendaries and I worry we could get a Shaymin-Giratina type situation again.
Last edited: Apr 8, 2017
Pokemon - Stuck Between a Rock and Hard Place
A look at how the Pokemon series is straining under the pressure of business realities, and short-changing fans in the progress.
M

that souji guy reminds me of sam from the celebi movie.

With this covering Marshadow and doing the beginning of Ash's story in a completely different way, I almost wonder if they've finally decided to just divorce the movies from the canon timeline altogether and just make them their own universe. 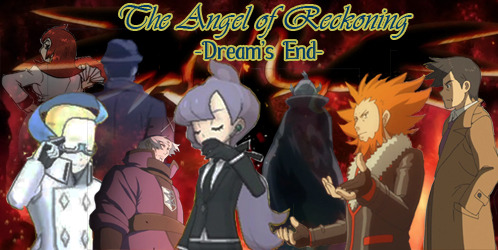 Release the past, escape the future...
Most Recent: Would I Lie To You?
Next: But We Can Call it Paradise

so if mezase pokemon master is in this movie, will the dub have original pokemon theme in its place?

But they used it in X/Y already so... it will be boring.
First opening is so overused.
T

So I read the summary of the movie, and I'm really intriuqed. Sure it's upsetting that Brock, Misty or Gary aren't in this; supposedly, but I wanna see where it goes. This could be an interesting take, and I hope it plays out well.

Never expected that the movie is using new characters rather than ones who have appeared in previously series, will be interesting to see how they turn out.

I do have good memories of Misty and Brock but honestly I think the movie may be a bit boring if they simply tried to re-tell selected parts of the OS to the letter.

I'm fine with Misty being replaced, but Gary and Brock were key factors in Ash's growth in the early days. Without them, he wouldn't be the same. That's like removing the burglar who shoots Uncle Ben from Spider-Man, different outcome.
I'm willing to give Cross and the girl a chance, but it's going to be hard to care if we just see them for probably less than an hour. Given the first part is surely Ash and Pikachu alone.


Pokegirl Fan~ said:
Not going to lie; it'd be great if there was like a spin off miniseries based off of this movie
Click to expand...

Just continue the story in other movies. The movies barely get referenced in the main anime anyways. It'll be hard to get invested in these characters in they're just around for one movie.
Then legends can get touched on in movies, and have roles in the actual anime too
Fanfic Corner:
Pokemon Excalibur - Ash's Galar adventure
Electric Blossom - Bloombolt centric reboot
M

Wow I didn't expect to see Ash with new film exclusive traveling companions, but I guess this film really is a huge retcon. I dunno why the film producers decided to tamper with Ash's Kanto journey to this extent since it seems kind of counter-productive in terms of nostalgia bait however. :[

Nerdy McNerdface said:
This will 99% not happen, but imagine if she went because she had a crush on...worse for this fandom... Ash Ketchup himself
Click to expand...


Janovy said:
If you kept up with the discussion/speculation, you would know that many people speculated that movie would be more than a simple EP1 retelling and that there were plenty of hints to support that theory.
Click to expand...

You can do a retelling with Brock and Misty. Why even bother retaining the OS Ash outfit then, or reenacting the Spearow attack sequence scene?

This movie retconned Brock, Misty, Gary and Dawn in one fell swoop. It's rather impressive. I'm fine with it because it's better to get something bizarrely different than a retreaded retelling but having Piplup as a companion mascot with a different trainer is ruthless.

Honestly I'd rather this movie focus on the search for Ho-Oh adventure because it's more of a cohesive story. It's cool to see the gym battle with Erika but I don't want many random transitions into Kanto's greatest hits if it's not going to lead up to the Indigo League.

And Marshadow as a random escort? Okay.

I'm more dissapointed that no else has commented on the fact that Ash looks like a dork with his OS outfit compared to everyone else. I almost want someone to roast him for that in the movie.
D

Has anyone shared this?
Http://fdzeta.com/data/MetaMirrorCache/_nyzime.jpg

Maybe those could be the pokémon that Ash catches in the movie ...
Sí, esto en serio. Mejor envío.