Hey guys, since i finished playing X and Y. I got bored and decided to do a fighting solo run with my cousin. I decided to use Machamp since i go way back with him and since he's just a beast. I wanted to run an ultra offensive sweep set. Natures and EV's don't really matter in this walkthrough, it's all just for fun. Check it out: - DynamicPunch
- Ice Punch
- Payback
- Bulk Up
Ability: No Guard
Nature: Adamant​
Machamp has always been a good Pokémon, and 4th gen was its peak of greatness. With the introduction of Conkeldurr and other Pokémon with No Guard, Machamp has lost its shine. Still a great Pokémon but outclassed in general by Conkeldurr, it's worth using if you focus on its strengths. DynamicPunch and No Guard, higher Speed, slightly higher Special Attack, the elemental punches, Sleep Talk, and a better lead set. DynamicPunch hurts stuff and confuses, awesome. Ice Punch destroys plenty of common switch ins and common Pokémon in OU, awesome. Payback wrecks other switch ins and gets near perfect coverage, awesome. Bulk Up raises your already scary Attack to massive levels, as well as making you more bulky physically. It's a great move, especially considering how many times the opponent switches when they get confused.
Last edited: Feb 3, 2014

I think this is a joke... Especially if you consider that you have Specs so Foresight is pointless.
N 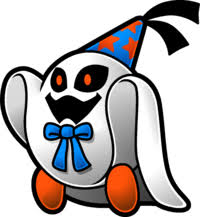 Nulava's Shinies ~Credit to Varanus for the Banner : )​
Hey I Got Swagger TM87​