Small mistake, but kind of important for level cap purposes: The PokeEarth Fortree City page says that RSE Winona's Altaria is level 34 when it is actually level 33. https://serebii.net/pokearth/hoenn/3rd/fortreecity.shtml#gym

All of the TCG cards in at least Vending Machine Sets #1-3 have broken images.

The image on the left hand side is fetching
Code:
which is a weird 265x1 pixel image.

The top-level thumbnails at
Code:
load correctly with the correct image.

All cards in at least:

have this issue when you click into the individual subpages for each card.

In the table listing all of the Pokémon V cards, Unown V is listed among the cards that have the mechanic.

Also the first Unown V card link goes to the Unseen Forces Electabuzz info page. And the second one’s page has an error of stating a rule in white that your opponent takes two Prize cards if Unown V is KO. This is the Legends Awakened card.
"Hey! Don't pawn your trash on me!" Watchy Watchog

Also, I don't know if this should be deemed a mistake or not, but for Porygon-Z's Pokémon of the Week, there is mention of it being a disappointment. Porygon-Z was present on two champions' teams over the most recent VGC World Championships, so I highly question that statement. (That being said, there is zero mention of its usage in double battling at all, let alone the 4v4 format used for VGCs, which means its strategy used in VGCs--using Normal Gem to boost a Hyper Beam-turned-Max Strike into something able to one-hit KO near anything not Ghost-type--was not included.)

According to the main site, character biography pages for Bea, Raihan and Leon in the anime don’t exist yet even when they’ve already been established as primary characters.
Last edited: Nov 5, 2021

The main site has a pic from Pokémon Cafe ReMix in the section for Pokémon Masters part of news. Also the text says that Seasonal Scout event runs until August 13.
"Hey! Don't pawn your trash on me!" Watchy Watchog

The list of eligible Pokémon for the Gym Challenge event is missing Mawile (which is confirmed to be usable in the in-game rules due to Opal using one).

The Charizard and Moltres cards in this set are listed as Grass-type cards, but they are, of course, Fire-type cards. If you go to the individual pages for those cards, that mistake is present there as well.

Current Pokemon of the Week has Espeon in place of Sylveon in the +Positives section. (Nov 7th, 2021)
This one's stayin' until I complete a novel-length story.

The version exclusives page for LGPE is missing Arcanine.

Auraninja said:
In light of new information from Nintendo of America's twitter it seems you can only get Mewtwo in Brilliant Diamond and Rayquaza in Shining Pearl.
They should be listed as exclusives then.

Ignition said:
They aren’t exclusives. It was a mistake from NoA https://www.pokemon.co.jp/ex/bdsp/ja/features/211110_01/
Click to expand...

Ah, they probably meant Ho-oh and Lugia then.

I keep coming up with one issue on the main site that I keep running into randomly and can’t get to happen on purpose. If I go to any of the links for BDSP individual sections, the page keeps needing to reload because a problem had occurred until it leads to a blank page saying that the page can’t be loaded because it keeps running into a problem. I think it’s linked to the ads especially the one that can be closed because if I reload the page that can’t be loaded according to the error and immediately close the one ad, every thing is fine. It doesn’t matter what section it is or how long it is.
"Hey! Don't pawn your trash on me!" Watchy Watchog 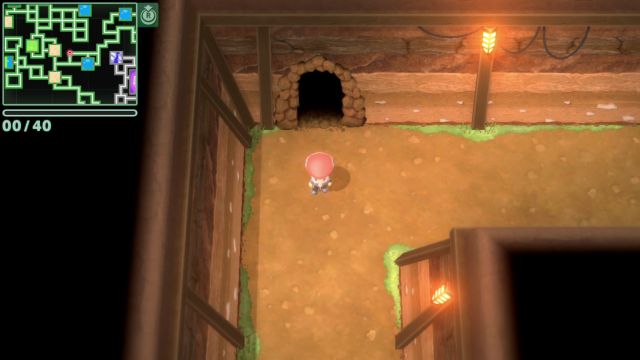 This is about the area anchors.

Clicking on any of them gets you a link like the following:

The entire main site keeps crashing on me. I think it’s the ads that are a problem because if I don’t close the pop up, sometimes the page will crash after my browser tries to reload once and other times it will still crash even if I close the pop up. It has happened literally everywhere on the main site and makes looking up info on item, TMs, and even Pokémon locations very difficult. I had to reload the section on Honey Trees about eight times because of the site crashing on me.
"Hey! Don't pawn your trash on me!" Watchy Watchog

Incorrect spawn ratio for wild Pokémon for the night appearance section, having a total of 110% overall. Possibly the spawn rate for Budew is incorrect.

Yeah, my Empoleon can use Nasty Plot. Damn right, it's better than yours.

Still having an issue with the main site crashing on me at random but multiple times in one visit.
"Hey! Don't pawn your trash on me!" Watchy Watchog

I believe there may be an error with the BD nighttime encounters on Route 210 in Pokéarth. I've spent quite a while looking for Mime Jr. to no avail. The original game has its night rate at 5%, so I'm thinking it could be the same in the remake.