Shiny bagon after 1,399 eggs. Female, jolly nature, capable of taking hits, with Rock Head. 5IVs missing Speed, but I can bottle cap that. She's got the egg moves Dragon Pulse, Hydro Pump, Dragon Dance, and Thrash, and hatched in a beast ball.

I have my Christmas hunts all figured out: First up are two, (yes, TWO) shiny xurkitree, to be named Donner and Blitzen ('thunder' and 'lightning' in German, for those who don't know), then a winter-forme sawsbuck (Rudolph), and then crabrawler.

Did a bit of money runs so I could get more Poke Balls now I'm back in Viridian Forest chaining up Caterpie.
Currently Hunting:

Shiny xurkitree #1 (Donner) after only 28 SRs! If only I could get eggs to hatch that fast... Lol

Quick pit stop to heal my smeargle and then back in after Blitzen.

I also caught a shiny xatu in the friend safari earlier, while farming the Christmas event in Terraria

After Charmander, I comboed for Weedle. Now I have the 3 shinies and 200 Weedle Candy I was after and I didn't have to run away from any non-targets! I'm using my Weedle combo to hopefully find a shiny Tauros or Pinsir on Route 15 before I go back to Viridian Forest for some shiny Caterpie.

Weird, thought I posted here, but must've forgotten. Last night my charmed Gold VC gave me a shiny Tangela after ONLY 964 REs!

Easy to catch, Mean Looked it, Hypnosis and a few Night Shades, three Fast Balls, done. It's now transferred with a Bold nature.

Earlier this month I started to play Pokémon Pearl all over again. While in the Great Marsh loafing around, I found a Skorupi so I threw a Safari ball and caught it on the 1st try. But because I was playing during nighttime my volume on my 3ds was off, I didn't noticed the Skorupi was CRIMSON RED. Yes, I got a shiny without even noticing it
Next on my list : ANY spider-like Pokémon bred in Masuda method in Sun/Moon or US/UM.

Congrats to everyone who's gotten Shinies since my last post back in May!

Since I didn't record anything for these hunts in Let's Go Eevee, I've gotten:
Bulbasaur, Caterpie Metapod, 3 Weedle, Pidgey, Rattata, Vulpix, Magnemite, Chansey, and Graveler. I also intentionally failed a Kakuna and Pidgey while hunting for my Bulbasaur because they're so easy to get again (One of the Weedle became the Kakuna anyway).

When I get Let's Go Pikachu in a week, I plan to do a Shiny Badge Quest in it, though I might want to look into automating Alolan trades for it because I've already decided on what I want to hunt for.

Caterpie Shinies are being stubborn. I'm at a combo of 94 and got all the Caterpie Candy I need, but none of the 3 shiny Caterpie yet. So far I have run away from the following shinies while on this combo:

I did manage to beat the Weedle Master with one of my shiny Weedle while I was gathering Caterpie Candy. She has since evolved and will soon take on the Kakuna Master.

Got my first Caterpie shortly after accidentally breaking my combo and getting back to 31. Two more to go.

Caterpie #2 followed shortly after. I will gladly take a 3rd Caterpie or a Metapod now.

Caterpie #3 was caught! Now to decide which one gets the Caterpie Candy and will face the master trainers.

Used my Caterpie combo to catch a shiny Staryu on Route 21! I tried to get it in a Premier Ball, but it wouldn't stick and I switched to an Ultra Ball when it made the flee motion.

I can move on to Pidgey and it should go pretty quickly, because I already have a pair of shiny Pidgey. I just need to get the 200 candies and find a decent IV shiny Pidgey to move on.

Shiny xurkitree #2 (Blitzen) after 4,805 SRs! Sync finally worked and it is timid nature and takes plenty of siestas, with Beast Boost. 3IVs, 31/31/31/xx/xx/xx, so it missed both of the important stats XP

Up next is sawsbuck. I'll be breeding for a HA winter forme sawsbuck in a luxury ball

Got a Caterpie finally, then about 2 minutes later Shiny Kakuna popped up too.

Now I've got the Weedle like complete, taking a break from Viridian and I'm in Rock Tunnel now hunting Kangaskhan.
Currently Hunting:

Staff member
Moderator
Hey everyone, anyone here wants Community Hunt to return from next January?


Anyway, after a quite long time of no new shiny......I finally managed to enter Level 4 White Wormhole for the very first time. Less than an hour later...... 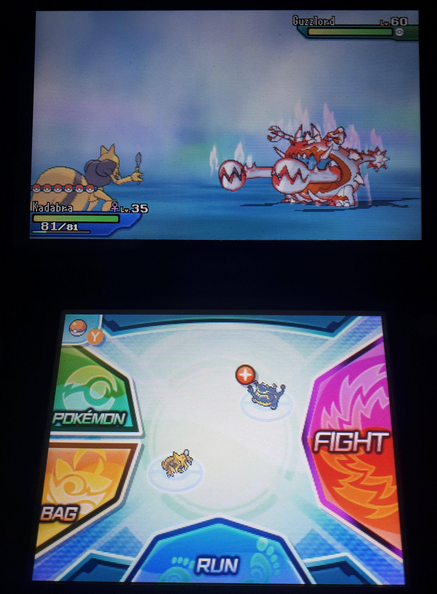 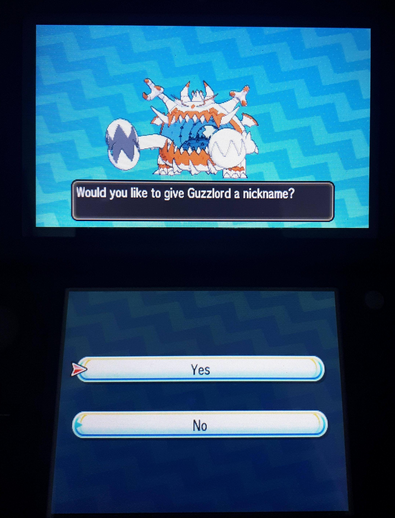 Good for you. I went to Guzzlord first, just to get it over and done with. You'll have an easier time with the other four I can assure you
Favorite Generation: V
Favorite Pokemon per generation: Mewtwo, Jirachi, Giratina, Ferrothorn, Klefki, Mimikyu
Favorite type: Water
Favorite team: Plasma
Most recent shiny: Alolan Vulpix(Pokemon GO)
Switch Friend Code: SW-1509-3691-0315
GO: Redjirachi93, 3853 8382 6220

I was running around the friend safari today while farming presents in Terraria, and I finally got the shiny drowzee I was in there after. Now in US and a shiny hypno for my dex. Male, impish, somewhat vain, with Inner Focus.

I then moved over to a normal safari to hunt aipom, since I need both it and ambipom. Instead I got three freaking shiny minccino within an hour. Female and naive with Technician, male and impish with Cute Charm, , and female and docile with Cute Charm. I already have an evolved shiny minccino, so these three will be going into the wonder trade system later tonight

Unfortunately, I did not get Kangaskhan but instead got a Graveler.

Been a bit miffed about Shiny Hunting in Let's Go and with Ultimate taking over for me, I've returned to USUM hunting, most notably, my Nihilego hunt.

Got it last night after ~20 soft resets, very happy about this one! Quirky nature, nicknamed it Venomenon.(After it's little speech bubble thing) Which, let's be real here, would've been a much better name than Nihilego.

Going for Seel now as my Christmas hunt. Was originally going to breed for Amaura, but it appears my breeding Ditto is on a different game.
Currently Hunting:

Early Christmas gift in the form of my fourth shiny minccino from the friend safari. I will be re-gifting it to someone else once I get it moved up to Ultra Sun.

458 eggs for deerling and counting.

I got a Christmas shiny! It was an Espeon, which took me 6 hours worth of SOS encounters to find, which was around 500 SOS encounters. Definitely a nice Christmas present. I started the encounters around sunset in the game so that's why I found it in night, which is an additional bonus. 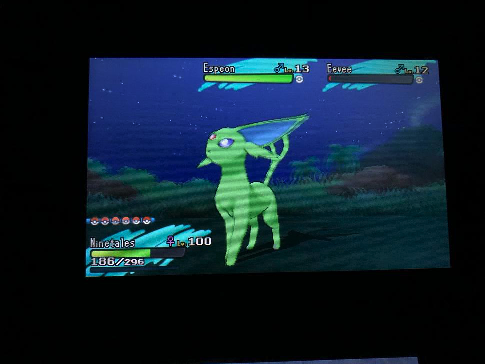 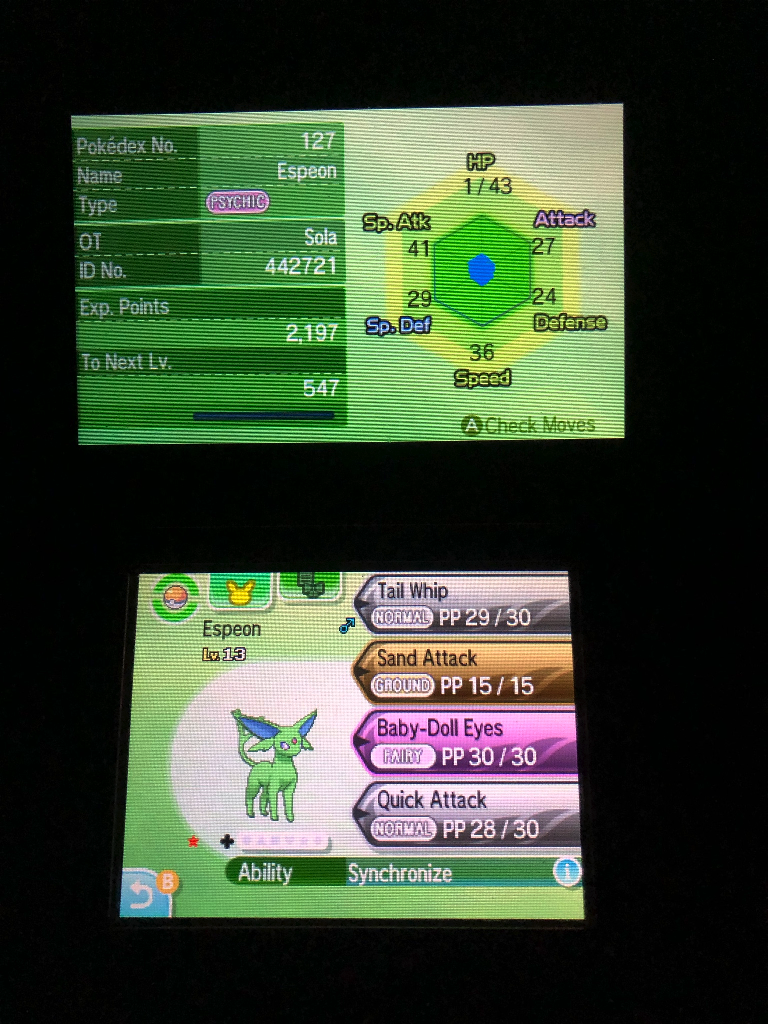 Up next will be crabrawler/crabominable, the last of my Christmas hunts. But first, I'm going to gather some eggs to use in Ultra Moon when I get it (hopefully tomorrow). I'm looking for good IVs, not shininess. I'll hatch them to check the IVs, then reset and store the ones I want to be hatched in UM and used as my main team. I'm going to be powering through the story to get access to stakataka and the ultra wormholes.
Last edited: Dec 26, 2018

No shiny news for me as I didn't play much pokemon over the holiday weekend. Rattata will be my next Let's Go target when I get back to hunting.

Congrats on all the recent shinies and good luck on your hunts! Happy holidays!


Shine said:
Hey everyone, anyone here wants Community Hunt to return from next January?
Click to expand...

Now that wasn't so hard, was it? After a Cubone chain that lasted nearly 5k calls (with 21 shiny Cubone sacrificed) I decided to hunt the 1% Kanga that only calls Kanga and got it in only 105 calls!!! Rash nature, but at least it doesn't affect Attack or Speed adversely.

EDIT: First Horsea seemed keen to show up at only 46 eggs! Now at 45 eggs so far for the second one.

Got shiny Seel! Surprised I even noticed it, as it popped up while I wasn't paying attention. Happened to look right at it and I thought "That looks kinda yellowish..." and after it zoomed out so I could see both I STILL had to study it a little closer. Eventually decided to just KO the normal Seel and catch it, and sure enough, it was shiny. Nicknamed her Slushie.

Went on to hunt another Crabrawler(for Crabominable) and got it in 16 calls! Even better is that he was an Adamant nature too. Nicknamed him Doomfist.

Now I'm hunting another Sandshrew(for Alolan Sandslash), somehow broke my chain already. Must've not been paying attention and accidentally KO'd the original Sandshrew while it was alone.
Currently Hunting: