It took quite a while but I finally encountered a shiny Phantump in the friend safari.

Next target's Pumpkaboo in a safari that has Lampent, Pumpkaboo and Dusclops. I already have a shiny Dusknoir but a Dusclops wouldn't be terrible either for my living dex. Don't have either Lampent or Chandelure shiny so a shiny Lampent would be a nice bonus~

Edit: Pumpkaboo shone after only half an hour, really didn't expect that xD

Next target's Bergmite then. This safari has Snorunt, Bergmite and Cloyster. I already have a shiny Cloyster but Snorunt would be really nice too since I don't have Glalie nor Froslass shiny.
Last edited: Jun 12, 2019

I caught a shiny piloswine in the friend safari while hauling my father around this afternoon (I spent a lot of time sitting and waiting in parking lots). Male, hardy nature and mischievous, with Thick Fat, its hidden ability.

Partner cap pikachu is at 526 SRs.

I rarely catch shiny Pokemon in Go (even during community days), but I happened across a shiny Horsea today.
I'm a Greninja fan. Best Pokemon and Smash Bros. character.

Just chained fished a shiny seaking as well as catching a shiny donphan and hypno in less than 4 hours with a dexnav search level of 154 and 49 of the latter two, respectively (thinking about purchasing a couple of lottery tickets with this luck). I feel like I'm cheating when I shiny hunt in ORAS lol...

Back to hunting Eevee at the Friend Safari in Y and I found and caught two more shiny Dunsparce, one of each on two consecutive days, which was yesterday and today. Still yet to find the shiny Eevee there.

I've been playing Platinum version in the hopes of finding a Shiny via chaining and so far I haven't made much progress even though it's been almost a week since I began this hunt. I was hoping to find at least one Shiny at Route 228 by now since I once found two Shiny Noctus (Cacturne) using this method in just a short period of time a few years ago, but I haven't had much luck.

That actually didn't take too long. It's hardy (fixed nature) and has Static. The usual stuff for this pikachu.

Edit: Uhm... okay. Shiny elgyem after 219 SOS calls. I'd just been looking for an elgyem with its hidden ability (I don't even know if the HA is available through SOS; the main Serebii site just says "available through transfer" but don't all SOS 'mons have the chance of getting their hidden ability?) and it turned into a full-on SOS hunt.

Gonna see if I have something with the move Skill Swap and go back to see if I can get a HA elgyem from SOS, just to have one.

Shiny elgyem is female, relaxed nature and likes to thrash about, with Telepathy. Gonna evolve her for my 'dex, then move on to breeding for golett
Last edited: Jun 15, 2019

Still in my Ice friend safari.
Snorunt just shone, it's male so it'll obviously is gonna be a Glalie, which is nice. I'll keep trying till I find a shiny Bergmite and hopefully a female shiny Snorunt for a Froslass.

I also found 2 more shiny Cloyster that are going to the shiny spares box on bank.

I was prepared over two months in advance for hunting Riolu for Safari Week. No yellow Riolu, but I did successfully catch a Shiny Wooper for my first phase just a little over two hours into my hunt.

Moving on to the second phase now, but I'm really happy to get a Shiny this early.

Shiny klefki in the friend safari. Female, impish nature and mischievous, with Magician, which is the hidden ability. I really like this shiny and will be adding it to my collection in US.

Currently at 150 eggs for golett

Edit #2: Second shiny klang. This one is also brave nature and likes to thrash about, but it has the ability Minus. This one will be sent into Wonder Trade later

Golett is adamant nature and somewhat vain, with Iron Fist. 5IVs missing Speed, but its speed isn't great to begin with so meh.

Next on the menu is chinchou, followed by larvitar to finish up the Akala dex.
Last edited: Jun 18, 2019

Chained a Shiny Fomantis in just under an hour on Sun: 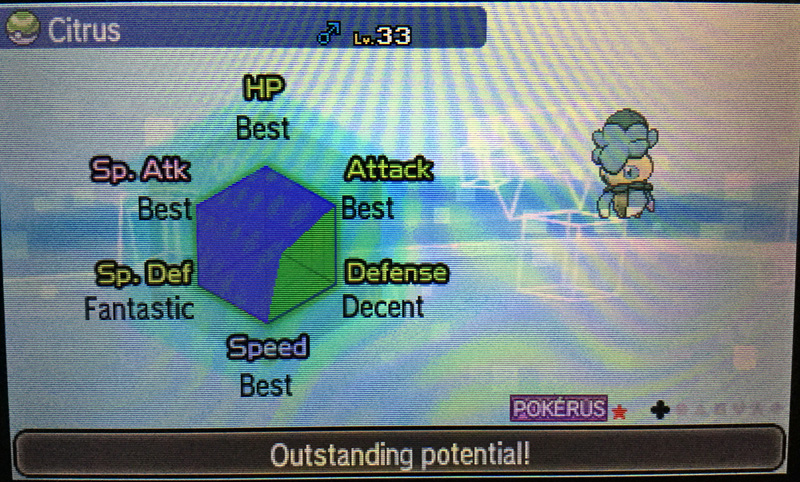 Don't mind all the polarized light the camera picked up. . . or the pokerus it contracted when I was reckless in spreading it to some wonder trade fodder.
Blog: Problematic Paranormal Files
Twitter: @CleverKraken

Back with another Friend Safari shiny, but this time it's not Dunsparce! Found a shiny Loudred in the same Friend Safari on my second encounter of the day. 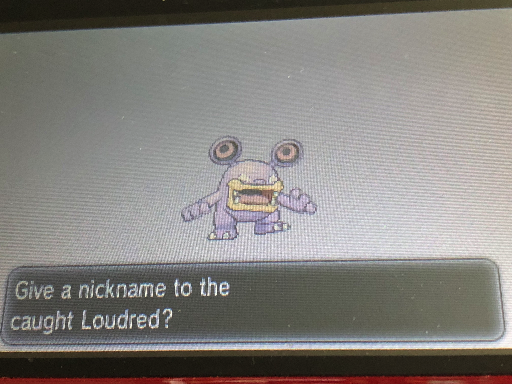 Mega Altaria said:
Back with another Friend Safari shiny, but this time it's not Dunsparce! Found a shiny Loudred in the same Friend Safari on my second encounter of the day.

Nice catch! I'm back at work trying to soft reset for a shiny Turtwig in Pokémon Platinum and a shiny Cyndaquil in Pokémon Silver. Not giving up.

Congrats on all of the new shinies lately!

Earlier this week, I had a really stressful and overall awful time at work. Anyway, Sometime after work on Monday, I decided to work on Xerneas in Ultra Sun and some other targets in other games. I was watching some videos and was heating up my dinner. Eventually I looked down at my 3DS... 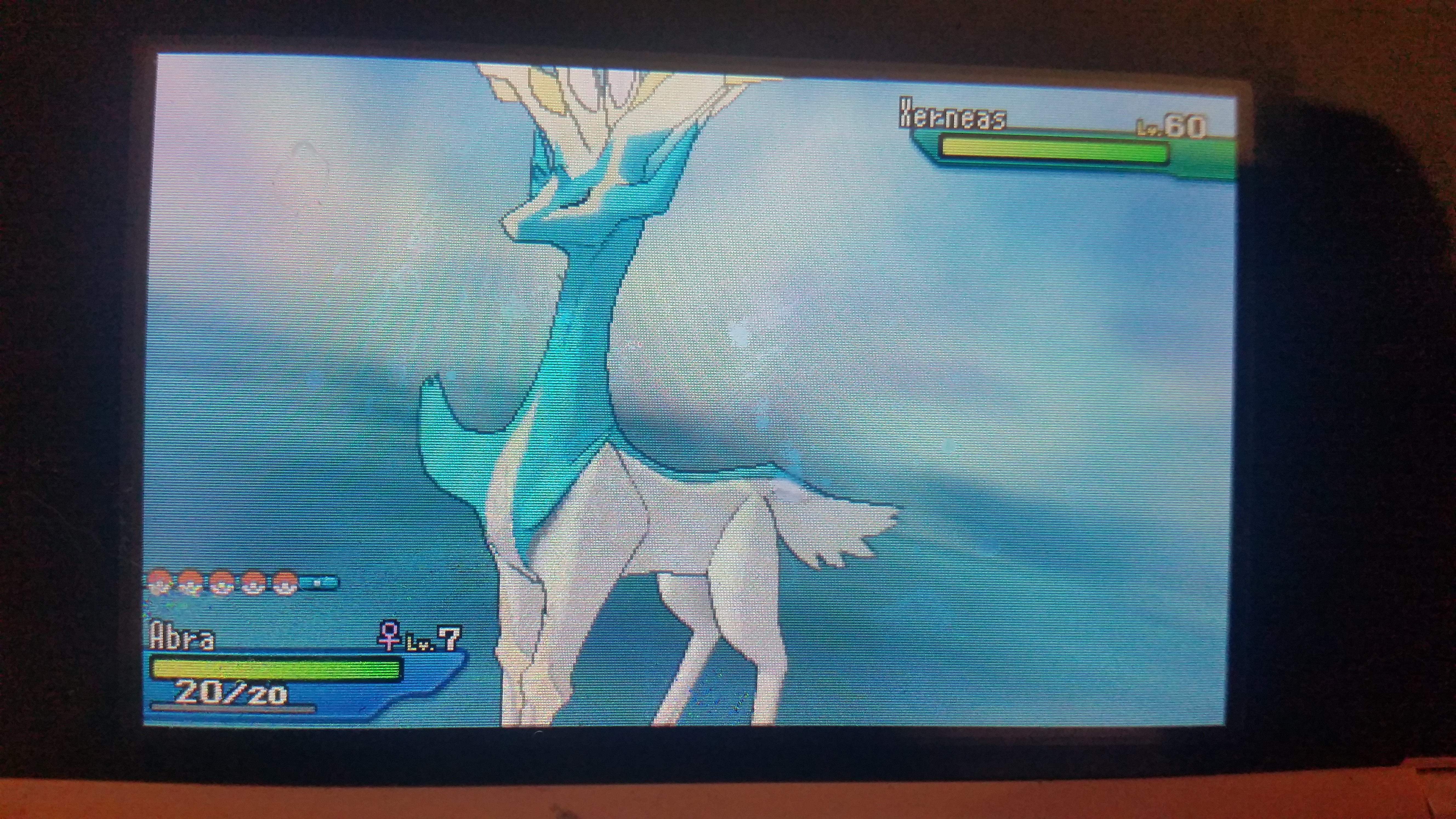 It was gi time in Ultra Sun with a white deer staring back at me! The battle was really easy. All that was needed was a few Spores, a few of Dragon Dances, a couple of False Swipes and finally, ONE Dive Ball. It was caught!. It's Relaxed with an IV spread of HP: Best/ Attack: Best/ Defense: Very Good/ Sp. Attack: Very Good/ Sp. Defense: Pretty Good and Speed: Best.
More Pictures: 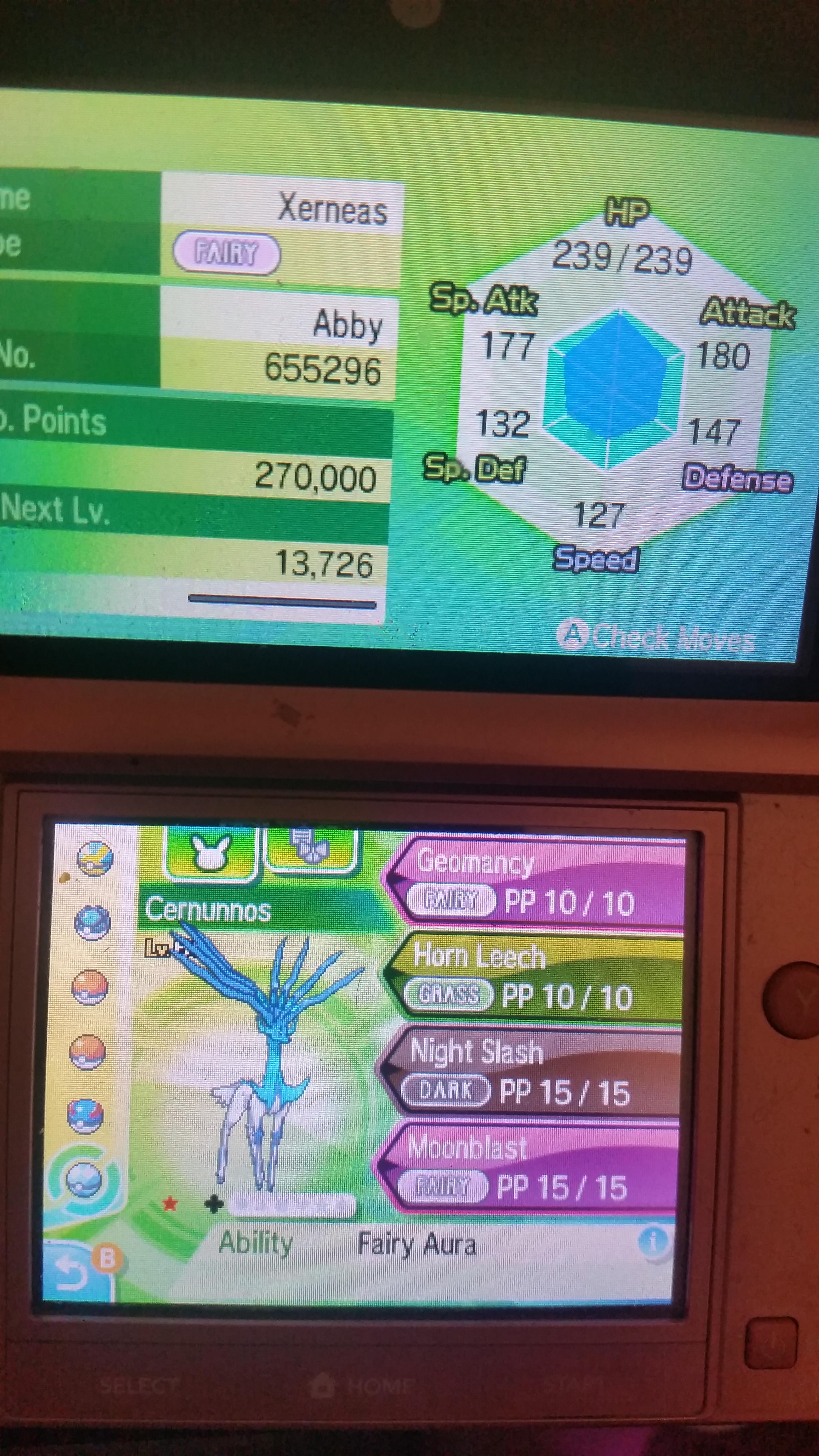 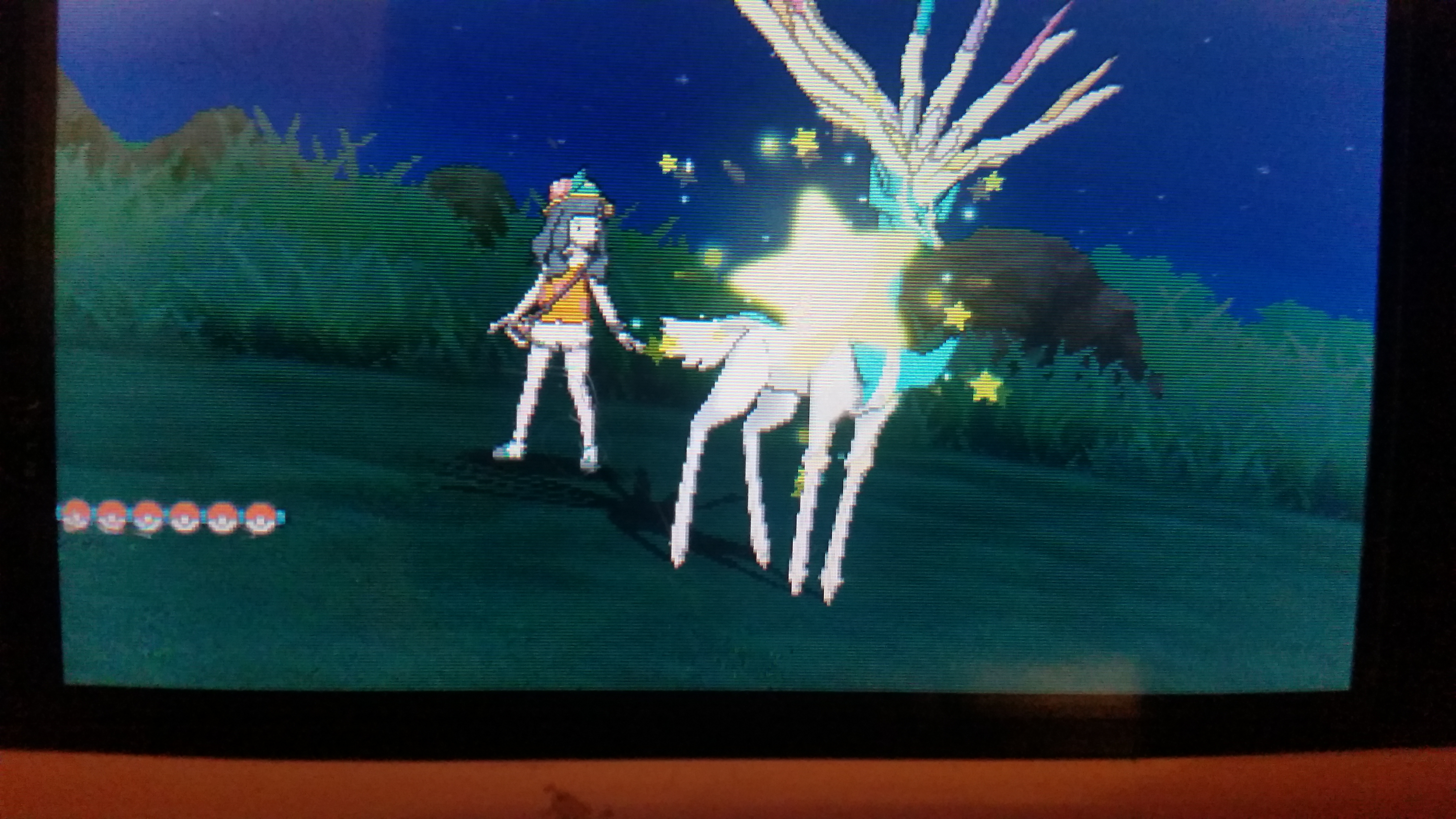 Eevee finally shines in the Friend Safari! No Loudreds and Dunsparces in between! 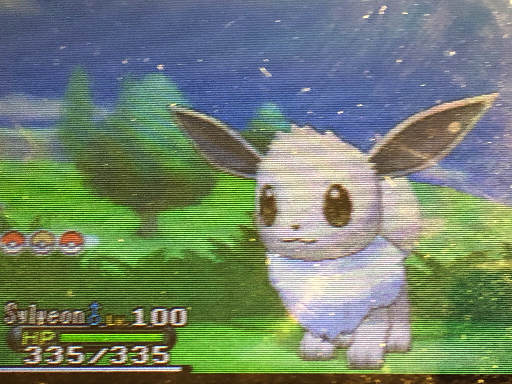 Yeah, I was going to hatch chinchou, but I realized at the last moment that my chinchou was a Japanese chinchou and Masuda Method would not have worked. So I swapped in the larvitar instead. Male, everstoned Jolly and mischievous, with Guts. 5IVs missing Speed, but that's what bottle caps are for

Now to get the chinchou ready so I can breed it

Edit: Shiny chinchou after 154 eggs. That was a very quick egg hunt.

Female, everstoned calm and takes plenty of siestas, with Volt Absorb. She came out 5IVs perfect.

Gonna get her evolved, then up next is frillish. Not picky as to which gender. I don't have any in US but I bred them in Y and have some in Pokebank. Just have to retrieve one.
Last edited: Jun 26, 2019

Congrats to everyone on their Shinies since late January!

So, after taking a break from it, I've really gotten back into Shiny hunting back at the start of this month. I got a Shiny Kyogre after 342 encounters in Ultra Moon, a Shiny Groudon after 889 encounters in Ultra Sun, and a Shiny Moltres after 464 encounters. I double hunted all of them, and the former two came in the two games that were the least prepared for it (I have 2 of both Ultra games, one main and one to do as I please. They appeared in the latter.)

I've also started a couple of hunts in older games, even getting a used Japanese DSi so I could triple hunt using my Japanese Black (And to hunt in my Japanese White and White 2 later on). I had started a Unova Badge Quest late into May using my English Black and German White and I just added my Japanese Black to it. Starting with the starters and, for fun, I am hunting all three simultaneously by choosing a different one in each. Whichever game gets the Shiny is going to be the main Badge Quest game while the other two will help with hunting. It's slow going because I only really started doing it again yesterday. At 414 encounters for that. Not sure what I'm going to go for after I get the starter, but I do know I will eventually go for Litwick because I had a Shiny Chandelure that I lost in 2012 because my dog chewed the game it was in.

I am also hunting Regigigas in Platinum, which is what got me back into hunting in old games because I realized it would be neat to have a Lv.1 Shiny Regigigas. Currently at 684 encounters for that. After that I plan to hunt for Shaymin. My English Platinum never used the Oak's Letter so that's an option. It'll be technically semi-legit in the other two copies I am using, but I figure that isn't a problem so long as I have one that actually has it from the event all those years ago.

Well the idea with the pink was that it look like a flower, as the real-life counterpart does.
Blog: Problematic Paranormal Files
Twitter: @CleverKraken

Shiny ferroseed from the friend safari. Lonely nature and alert to sounds, with Iron Barbs. Last 'mon I needed from that safari, so I'm moving on.