So I just caught a shiny eevee. It's Female, Has it's Hidden Ability. Naughty nature though.... Synchronized failed. 31 IV in Sp. Attack and HP. So this is going to be an Shiny Vaporeon. But not sure yet, first I gotta catch 7 more shiny eevee's. :3
Last edited: Dec 23, 2013
Currently just simply going through sun and moon, later I will be fixing my living dex and hunt some more shinies!

I just chain fished a shiny Clauncher and got a shiny Cloyster from the GTS!

Not sure how many hordes it took, but it certainly wasn't a long hunt. Female, but I don't mind about genders much now.

May go after Machop next, then Gastly. Then I'd have the four original trade evos shiny!
Current Hunt for Shiny Living Dex 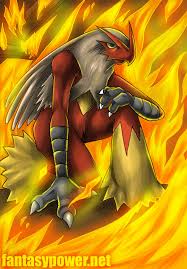 After years of playing Pokémon, yesterday I finally had my first encounter with a shiny! Really happy with my brand new Shiny Aipom! (Even that happy I filmed while catching it: http://www.youtube.com/watch?v=QyuZWSWcIwA)

After that I tried fishing and actually got a Shiny Horsea. That makes two shinies in one day!
Latest Shinies

Typhlosion_Hunter_Mark said:
After years of playing Pokémon, yesterday I finally had my first encounter with a shiny! Really happy with my brand new Shiny Aipom! (Even that happy I filmed while catching it: http://www.youtube.com/watch?v=QyuZWSWcIwA)

After that I tried fishing and actually got a Shiny Horsea. That makes two shinies in one day!
Click to expand...

Hey guys, sorry for the inactivity. I've been very busy lately.
First off, I have 3 new shinies form chain fishing.
Goldeen, Carvanha and Luvdisc.
No pics, but my friend drew them
http://taeryne.deviantart.com/art/PKMN-All-that-glitters-421579071

Second, we need to decide the CH for next month.
Shall we continue the current theme and say catch a shiny on the first route of any game?
D

Thanks Cpchris & MercyMe for the kind words! Up to 400 eggs for Adamant Bulletproof Chespin, and no shine yet. Just hope it get the HA and perfect Att/Def IVs. The parents are both 31/31/31/x/31/31, so fingers crossed. Good luck and congrats all!

Hi all. Just an update really. I have been intrigued about Horde Hunting since both my Horde encounter shinies were not intentional ones (Mareep was me just trying to get one for the kalos dex and Spinda was random while I was looking for a female Scyther) and so I am Horde hunting at route 10 hoping for a shiny Yanma but don't mind getting the other two or in Connecting cave for any of those three. At the moment I have not found anything but I will see how it goes. I may also go back to chain fishing as I haven't done any for a while and I need another Goldeen, Carvanha and Corphish (or the evolutions so I can have the whole evolution line in shiny form).

Well anyway congratulations to all new shinies and good luck to all shiny hunters!
Shinies are good.
M

I got my final BQ shiny and it was a shiny Klefki in 961 HHs. I know that I was hunting in Terminus cave, but I got bored of that place and just moving from place to place. The Klefki also has it's HA which I thought was a extra nice suprise. Now I can finally say BQ Complete . I've moved all my shinies in X to Y, so that they can all be there and I think that I might do another BQ in X sometime. Now I can do something else for now. Congrats to the recent shinies and good luck to all ongoing hunts.
"If men had wings and bore black feathers, few of them would be clever enough to be crows." - Reverend Henry Ward Beecher

Dear diary today i caught another shiny Abra, while i was so excited to catch it i then went to check it only to find that my synchronizer didnt work and that it was gentle.
P.S. FML

Oh my.... well I didn't expect this. Shortly after my last post I have managed to get a 2nd shiny Carvanha AND 2nd shiny Goldeen (so now I can evolve them and have shinies of both lines). I am still trying to get a 2nd shiny Corphish and I am expecting getting Goldeen again before I get it.

But anyway congratulations to all new shinies and good luck to all shiny hunters!
Shinies are good.
K

Apparently my shiny luck has become nothing short of amazing! Given an off day to hunt, I've already hatched a shiny Gastly (timid, named Casper) and a shiny Scyther (Adamant). If I can get one more tonight I'll be speechless.
I

I am back! Probably.

Dangertrout said:
Hey guys, sorry for the inactivity. I've been very busy lately.
First off, I have 3 new shinies form chain fishing.
Goldeen, Carvanha and Luvdisc.
No pics, but my friend drew them
http://taeryne.deviantart.com/art/PKMN-All-that-glitters-421579071

Second, we need to decide the CH for next month.
Shall we continue the current theme and say catch a shiny on the first route of any game?
Click to expand...

I had the idea of it being a Pokebank MM, with pokémon normally unavailable in X and Y.
It would also be able to include those without X and Y, such as a Tepig MM in Black2 being eligible.
:643:​
We all make mistakes, but the biggest one we can make is not learning from them.​
E

Does it really get any better than it has been lately with me and shinies?!

First I obtained a shiny Chinchou about a week or so ago in a trade. Then, last night I was doing some safari hopping again...first stirring up some REs in one of my Psychic safaris, then in a Fairy safari, then Steel, and then a Dragon one. The Dragon one is where I found my third Friend Safari shiny and also one of my intended targets--shiny Sliggoo! It was quite a surprise since Sliggoo is the third slot in that safari and also the one that seems to appear the least in it.

And THEN a friend of mine told me he had a surprise shiny to trade me. It was...
...
...
...
...none other than Espurr. Yes, the one I've mentioned over the past few weeks now. The "Legal Mew" is mine at last. It's male and is now evolved into a beautiful pale yellow and white Meowstic.

I will still probably try to hunt for a female shiny Espurr, but I couldn't be happier.
Friend Code: 3823-9822-6406
Name: Alisha89
Normal-type Friend Safari
Pokemon in Safari: Lillipup, Kecleon, Ditto