This thread is for you who already have the game. You can post about beating a gym leader, encountering a legendary, losing a battle, etc.


Rules:
- Don't spam. In the past you could only post once per 20th post. We do not want to enforce such a rule again.
- Do not ask questions here. This is not the help thread, which you can find here: Omega Ruby & Alpha Sapphire Help Thread
- Each post must contain 3 sentences or more. Don’t just post “Caught Taillow.” This is obviously you either being lazy or trying to increase your post count.


Each of these rules will be enforced. If you break a rule, expect your post to be deleted, as well as expect an infraction waiting for you in your PM box.

I just beat May and cleared the first room of the Trick House. I want to catch and train a Roselia because it's Roselia and it's awesome. I am currently going through all of Slateport making sure I talk to everyone to get all the items or know anything important but so far it is exactly as I remember minus the mega stone.

My team currently is:

Got both games this morning. Omega Ruby will be my main game that I do not start over.

Started with Torchic and I have also captured a Seedot that had Beat Up instead of Bide which made training much easier. I also randomly found a Surskit which I won't use but is still lucky. I just arrived in Rustboro City and took a break. Loving the visual upgrades so far. Not sure how I am gonna take on Roxanne with a Grass type that doesn't know any grass moves.

Oh my lord, these games were a PAIN to get a hold of. Recent snow storms delayed A LOT of the shipments, but Toys R Us managed to get their shipment in a few hours ago so I got my copy of Omega Ruby.


The game is so nice! I love it already. They really improved the series over X and Y.


On a side note, the DexNav is incredibly overpowered. I got an Adamant Seedot with its Hidden Ability and Beat Up! So great. I definitely plan on using the DexNav to catch everything while I complete the game.
Insert Signature Here​
E

I've been meaning to post my thoughts about the game.

Got my Omega Ruby...

Chose Treecko but planning to deposit it.

The opening act scene was amazing kudos to GF for referencing the old GBSP and the use of old opening sequence..

Anyway, DexNav is amazing! I got myself Surskit with effing Hydro Pump! I'm going to spend my time catch a Bold nature Surskit and Timid/Modest Female Ralts using this nifty feature..

Gonna blast through Roxanne's gym with my over powered Hydro Pumping Surskit haha..

I'm loving the music brings back so much nostalgia and seeing Hoenn updated and 3D is definitely an icing on the cake!
Mega Masquerain[Bug/Water]with Prankster

I chose Treecko as my starter, who has since evolved into Grovyle. I've cleared three gyms thus far, and am currently in the route before Fallarbor town. I participated in, and won, my first super contest with Taillow, and encountered Aarune and have set up my secret base. I transferred over Glalie from the demo and will be using her after I defeat Flannery.

I opted to trade a Slakoth for a Makuhita back in Rustboro, and if it weren't for that Makuhita, Wattson would have been near impossible for me to defeat. (Holy cow does Mauville look awesome.)

I'm rotating my team and am focusing on training Wingull and Magikarp in preparation for Lavaridge, so we'll see how that goes. 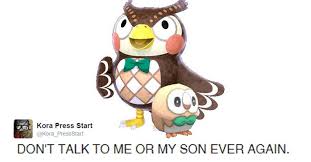 I haven't gotten too far yet, as I've just beaten the first gym. I have caught a good number of Pokémon with the DexNav feature and even got two Pokémon I was looking for, so it's been good so far.

It's time to return to the old, soaring back to Hoenn!​
Z

I got both games a little bit ago along with Smash Wii U. I'm playing Alpha Sapphire and it'll be my main. I took a while deciding whether to choose Treecko or Mudkip as my starter(cause X/Y event Torchic pretty much ruined it as an option). Decided to go with Mudkip and pretty decent starter for the story plus it's Mega looks amazing. I'm up to the point where May shows you how to tip-toe up to Pokemon.

I picked p omega ruby last night at the mid night release, so far I've made it out of petalburg woods but any step further and my game crashes >.<
Ive got Ivysaur in my Safari Zone,
add me FC: 2723 9238 9924

I've made it to Petalburg Woods. On the way I've caught pretty much every different Pokemon I could find. The only ones I'm using right now though are Treecko and Poochyena. Also it's good to see that Rich Boy Winston still uses that Full Restore.
FC: 1779-0800-2195
My friend safari: Noibat, Gabite, Druddigon
Dallas Cowboys | Memphis Grizzlies

Just met up with Steven outside of Dewford Town after beating Brawly. Loving the game so far. Its looks amazing.

Still trying to figure out whether i want a ninjask or shednija.
L

I started OmegaRuby, which I downloaded from the eShop. After Birch's lecture, I chose to play as May. The moving truck arrived in Littleroot Town and I went inside my room and set the clock. Afterwards, I headed back downstairs and my mom told me about a TV broadcast that I missed. I headed outside next and I wandered around Littleroot Town and visited Brendan's home, then I walked over to Route 101. I saw Professor Birch and he was being attacked by a wild Poochyena. I took Torchic's Poke Ball from Professor Birch's bag and I defeated Poochyena quickly. I went to Birch's lab afterwards and I agreed to help him with the Pokedex. I saved the game before heading north to Oldale Town in search of Brendan.

Staff member
I picked up both versions this morning. OmegaRuby will be my main version, but I'm playing through AlphaSapphire first.

After watching the awesome opening, I selected the girl character and gave her a lolzy name. After looking around Littleroot Town, I went out to Route 101 and ended up choosing Treecko as my starter since that's what I always chose on the original Sapphire. After saving Birch and talking to him at the lab, I trained Treecko against some wild Pokemon before entering Oldale Town. Continuing north, I ran into Brendan and defeated his Torchic in battle.

Back at Birch's lab, I received the Pokedex. On Route 101 again, I captured a Poochyena with Thunder Fang. After all that, I went over to the demo and sent over my Glalie and its Mega Stone. Then, I used the Bank and transferred over my entire AS team.

Encountered a lv15 Taillow on route 4 by creeping up on it. It annihilated my whole team with boom burst!
deviantart​

I just picked up my copy of Omega Ruby & So far I'm loving every minute of it. I chose to name my character Landon, which was the name I used when I first played Pokémon Ruby, & so far my roster consists of the following:

I also have to say that I'm loving the Dex Nav. I'm still getting used to it, & I know I'll get bored with eventually, but whoever thought of this feature should be given a big fat raise at Game Freak.
Sword/Go/IoA/CRY/CT/Y/BD-PLA/Scarlet League Card: I just started OR and hour ago, loving every moment
Also I got a pooches that has Fire Fang on it. I would use it, but I wanna recreate my original Ruby team (With the exception of Dunban, who replaces Groudon)
Current Swampies Team:
Ralts: Dunban Lv4
Mudkip: Zuzu Lv9
Last edited: Nov 21, 2014

I finally got my games. I started my main version, alpha sapphire since my first 3rd gen game was sapphire. I am female of course, named myself Robin, chose my starter. A male calm mudkip named Rip Tide, and beat my rival. I also caught a poochyena.
Current team
Rip Tide the mudkip lv 7
Other pokemon
Poochyena lv 2
Last edited: Jan 4, 2015
Pokemon fan girl since 1999 =D ;026;;026;Raichu is #1 Forever!!!;026;;026;
L

I roamed through Route 101 next and slayed wild Zigzagoon and Wurmple as I walked past a ledge. I soon arrived in Oldale Town and a Poke Mart employee showed me the Poke Mart and gave me Potions. I healed Torchic at the PC next and then I headed north towards Route 103. I battled some more wild Pokemon there and then I encountered Brendan. We battled and my Torchic eventually slayed Brendan's Mudkip. He left afterwards and I went back to Littleroot Town as well to settle things with Professor Birch there. Once at Birch's lab, he gossiped about how I beat Brendan and I finally got my Pokedex from him and ten Poke Balls as well from Brendan. I walked back to Route 101 again and got the DexNav feature.