Wow, this episode was fantastic! I loved all the battles but Ursala vs Dawn was epic! I don't know how long Ursala has had Plusle and Minun but they were very well trained and held their own in battle. The first attack Dawn made with Mamoswine and Cyndaquil looked very cool and it was great that she mastered the Fire & Ice combo she had been trying to do and won her 5th Ribbon. This was the best contest battle yet and I'm excited to see what the GF brings. Now the appeals are over, it is time for the main part of the Pokémon Contest. After ending up against her rival Ursula, Dawn faces a fight against her fears when Ursula uses Plusle & Minun, the two Pokémon that caused her issues when she was a child. Will Dawn be able to overcome her fears and defeat Ursula?

Ursula is the BEST character they can come up. I never liked Harley, I wasn't much up on Drew either, but Ursula is the girl they lack for a villain for Dawn. Zoey is kind of kabeface as they say in wrestling, so called villain in contests, but friend to Dawn and adviser kind of. This is a mistake if this is Ursula's last appearance. she should be entitled for another matchup with Dawn where she'd win. The Grand Festival is a sad send off for Ursula as she should have redeemed herself.

This episode was great! It looked like Dawn wasn't going to make it, but she managed to turn things around. Plus she perfected the flame ice technique. I can't wait to see Dawn at the Grand Festival.
[img300]https://i.imgur.com/eKN3x43.png[/img300]​

Shoot, Dawn won. I really wanted her to never win her fifth ribbon until she's fed with the whole contest thing and start a new career (boxer maybe).

It was definitely waiting a week for this awesome episode, following the 1st part of the Contest. And gotta say, it was worth the wait. Such an epic contest overall.

Jessie VS Ursula was quite good, especially with the combos by Seviper and Yanmega, I was quite impressed Jessie was on a good role. However with Ursula, her Plusle and Minun made me think it was already time for the 4th of July with the Fireworks and sparks. Speaking of which, it is the 4th of July tomorrow haha. But yeah, epic performance by those two and Ursula, but Jessie still gave it a good shot.

Then seeing Dawn with her rounds, shame to see Flame Ice wasnt functioning well. But then coming in Dawn VS Ursula, was what I waited for. Again, amazing usual fireworks and sparks by Plusle and Minun, and then Encore comes in and looks very bad for Dawn. And all those sparks and Charge Beams lead to more Diamond Dandruff haha. Poor Dawn at the time, since her hair and Mamoswine & Cyndauqil were still glowing from their Encore effect and the DD by their hair.

When Dawn told her Pokemon to attack eachother, wow, I thought it was nearly over but I knew she had a hunch things would turn out well, and they did. Encore is healed away and they give Flame Ice another go. And what do you know, it worked.

Bad news for Plusle and Minun, now they got hammered by Cyndaquil and Mamosine front and back. Of course, the timer comes up to the end, and shows victory for Dawn!

Well, there we go, Dawn's 5th and final ribbon. And apparently shes fine with Double Performances and the nickname Dee Dee.

Ursula and Jessie's "Yes I will!" argument, about who will win the Grand Festival, was hilarious too, seeing things are all good.

Another great episode! Cannot wait for next weeks.

Jessie's combos were nice, it was a shame that she had to lose.

This is one of my favorite battles so far. Dawn's comeback was amazing and she totally kicked butt in it.

I really liked this episode. Dawn kicked major butt! I really liked her interaction with Ursula.It was a nice idea to have her Pokemon attack each other to stop Encore. I wouldn't have thought of that. I am glad Dawn finally has her 5th ribbon!
My Brother is pokemonmaster76
PM me if you want to be my friend! I love my Shiny Mimikyu, Jolt!

This is my favourite Episode, might change by the end of Sinnoh, but this one had almost all for me, Dawn, Minun, Cyndaquil, Ursula, only one missing was Turtwig. But anyway. 2 of my favourite pokemon and 2 of my favourite characters. Loved this episode. I know how it ends and yet I was kept having second thoughts Love that about DP contests. And I always love it when the battle isn't going well, then Dawn has a moment to herself and then.......MUSIC BEGINS, (Instrumental Kimi Soba de) and she turns it around magnificantly. I really do love this episode. Best contest ever. Part 1 and 2 of this was great. Great appeals, and amazing battles. I'm putting this on my Ipod so I can take it everywhere
Gen 4 fan
Top 3 favourite Pokemon:
Minun, Turtwig and Cyndaquil

The one and only.

Great contest episode. It was very well done. I really liked the unique battle combination's they have done with this episode.

Jessie has amazed me with her battle strategy. Especially with that Poison Tail/Silver Wind combo. Very nice. Too bad she lost against Ursala.

Ursala's battle strategy was OK, I guess. Plusle and Minun tag team.... eh....boring. It's always them two put together and they are never separated. Sorry, I just find 2 of a kind Pokemon a dull pair.

Battle between Ursala and Dawn was intense. What really awed me was having Mamoswine in his Ice armor with Swift surrounding him and charging at full speed along with Cydaquil on his head all fired up. Mamoswine looked beastly in that.

I was also worried when Plusle and Minun used Encore on both Mamoswine and Cydaquil and exposed Dawn with her Dee Dee mishap. Thought it was over for her but she manage to get back up and shake it off. What really got me was how she was able to counter the Encore effects. Never would have thought of that. Risky move but very effective.

With Encore out of the way. She was able to perform her Flame/Ice and manage to succeed in it too. I really like the way how it looked liked a fire frozen meteor.

In the end, Dawn won as time ran out and her having the most points left. She made a great comeback. She now has 5 ribbons and able to compete in the finals.

I love these contest battle, they come up with awesome combinations.
~.:Northern Lights:.~​
I claimed Ponyta​

I customized these​
E

After seeing the dub, I would have to say that I like the japanese version better. The characters voices sound better and more appriopriate, espicially Jessie. Also is it just me or did Ursula sound different then from her last appearance, she seems ... less obnoxious? Was there a change in voice actress?

Alfonso;10919619 said:
There isn't one in the intro because they want to surprise us. They're thinking "OK guys, what do the fans who watch Pokemon want MOST of all from the upcoming League?"

The answer, of course, is a generic League Rival introduced JUST before the tournament that will somehow steal the spotlight from Paul, Barry, Nando and Conway!

However they can't reveal it just yet. They want us to let our guards down. They want us to think they've changed by introducing four trainers that would eventually go on to face Ash in the League as opposed to Last Second Rival-son.

I won't rest though. I'll be waiting, and if he does appear, which he will I'll be ready to jump out and punch him in the face.
Click to expand...

The ep was very good, the battle was awesome if you don't count the mistake (Mamoswine got hit by electric type attacks). Not only Dawn won her 5th ribbon she also got over her fear. And Cyndaquil was great in its contest debut.
If you think the Sinnoh saga has been the best saga of the whole show, copy and paste this into your signature! (started by FlameRose)
If you want TORTERRA to make the best ever comeback in Isshu, copy this and paste it in your Sig!(Started by dragonpsychicrules) ​

Flame Ice my as*. It was a total fluke it worked against that battle with Ursula. In my opinion Ursula should have won that ribbon as she was better. Cyndaquil's smokescreen knocked off Plusle and Minun - how strange is that
"Your signature was too epic! My epeen couldn't handle its epicness" - so called half-arsed mod (they know who they are)

If Dawn's Mamoswine knew Earthquake this would have been a quick and easy contest. It's amusing Plusle and Minun can hurt Mamoswine with electric attack's but Pachirisu cannot do the same to Gabite. Anyway after seeing the dub version of this episode it was still pretty well done. Dawn perfected her flame and ice thing, kicked Ursula's uncoordinated butt, and finally won her fifth ribbon. This probably ties as my favorite Dawn contest because Dawn used brute force, used Mamoswine and Cyndaquil, and the whole getting over her childhood fear as ridiculous as it was. All and all I enjoyed rewatching the dub version of this episode.
Moon/Glovehead Berlitz! Make it a reality for a Berlitz reunion celebration!
B

Platinum fan. said:
If Dawn's Mamoswine knew Earthquake this would have been a quick and easy contest.
Click to expand...

The only thing that I can say is that Dawn made a hell of a recovery from her loss streak, as she has conquered her fear of these two Pikachu impersonators, mastered the Flame-Ice technique, & has secured her a spot for the Razzle Dazzle Festival. Huzzah!!

Also, I do think that a Plusle & Minun team is one of the easy ways out of creating your own duo, which is what Ursula did. It's also one of the easiest to counter, especially if they're packing a Lightning Rod Pokemon, as chances are, that it'll pull the teeth out of their bites, & upon separating from each other, they're as helpless as kittens. 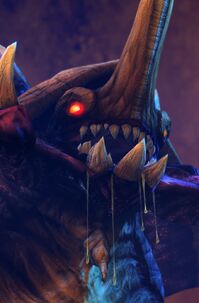 Good episode I liked Jessies combos it was a shame she got knocked out. But Dawn did a great comeback though and she had to win her fifth ribbon eventually. I think Ursula will also win her 5th ribbon as well and comoete at the grand festival. I liked Joannas "It had to be those two she came against" line though and i liked the use of Dawns theme tune in the battle as she was using flame ice
U

It would've been funny if she had Pokemon that used protect or detect and that was Encored! LOL
But, yeah, in the episode before I just wanted to figure out what Dee Dee was about... and then I watched this!
Ah, yes, I probably just said something stupid there, didn't I? Not surprising, I've been called an idiot on multiple occasions, although I do consider myself to be more intelligent than most... ;281;
T

This was a good episode. Nice win for Dawn to get her 5th ribbon.
P

The thing about this episode that i find ironic is that in Dawn's first contest against Ursula, Dawn almost lost because Pachi's electric attacks had no effect on Gabite due to it's ground type, yet when Dawn has a ground type and Ursula has electric types, electricity can suddenly damage ground type pokemon.
Also, how is it that using Spark can make Plusle and Minun fly?
And LOL at Dawn, Mamoswine, and Cyndaquil's hairdos after they got zapped.