Snivy and Daiyousei are best things happened to me

cricketlaxwolvesbandy said:
Something that I haven’t seen brought up: the amount of clickbait relating to a Serena return. And people obsessed over her unhealthfuly (not me). Extremists are bad.
Click to expand...

If Serena returned, how many views would Pokemon viewers seen the Hypothetical Serena Episode, I'm betting it will be for one episode only. 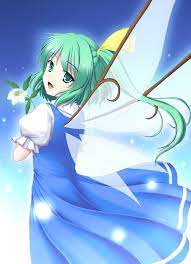 KirliaToon50 said:
Well happy Father's day to nonexistent dads in Pokemon Anime Universe (Except for Norman but that's for another day)!
Click to expand...

You forget about Brock's dad Flint, Byron who is Roarke's father, and of course Barry's Frontier Brain of a father Palmer.

U.N. Owen said:
The problem with Journeys and Ash, as I already stated in other threads, is that the narrative does not give him much to work with. At least with catching sprees, we have a pokedex where we can track the progress (how the progress is made is also a major point of contention). For Ash, we do not have a way to measure progress. Numbers without context are worthless in both industry and academia. This storytelling industry is no exception. With the games, we have a level curve to give us context on the progress. For this World Championship, we don't have that.

Ash's character is still mostly intact. The biggest hangover from Alola is that the humor surrounding him. Humor in past series has not been as touch-based as it was in SM and JN.
Click to expand...

One of the few best things about JN is the smooth transition from SM.
DAIJOUBU, DAIJOUBU!

cricketlaxwolvesbandy said:
Something that I haven’t seen brought up: the amount of clickbait relating to a Serena return. And people obsessed over her unhealthfuly (not me). Extremists are bad.
Click to expand...

Mainly because there's rather popular artist drawing her in the style of JN ...

Also, clickbait is clickbait. Easy money for conspiracy theorists and not the fun kind.
"Everyone creates the thing they dread. Men of peace create engines of war. Invaders create Avengers. People create... smaller people? Er... children! I lost the word there. Children. Designed to supplant them. To help them end."

Money is money, and as long as it is not an illegal activity it is still valid...funny, but valid

Staff member
Moderator
EDIT: Actually, I'm locking this. I don't feel like deleting a million posts that have nothing to do with the discussion. If an Anime mod wants to deal with this thread and unlock this mess, that's up to them.