lolipiece said:
The Oshawott merch is part of a campaign involving Pokemon with "maru" in their Japanese name. It probably means nothing.
Click to expand...

There's one more merch with Pikachu and Dewott with the anime logo.
If they do bring back Gible as well, I can see it them pulling a Goomy to give Ash a Garchomp.
K

I'm 100% sure that Koharu's Eevee is going to evolve into a new Eeveelution.

Pkjoan said:
I'm 100% sure that Koharu's Eevee is going to evolve into a new Eeveelution.
Click to expand...

kickachu said:
Where is the oshowatt merchandise can I get a link
Click to expand... 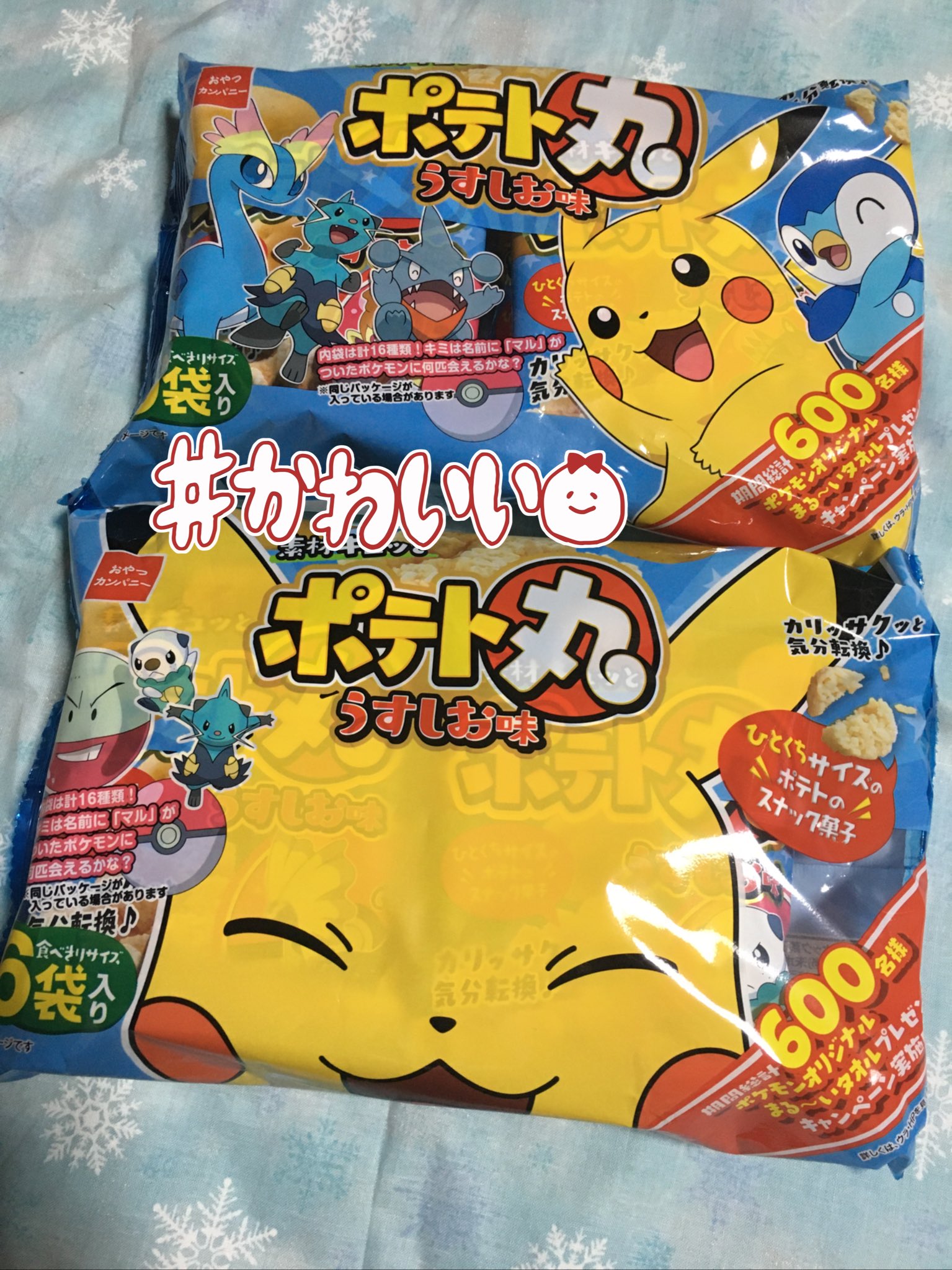 Spider-Phoenix said:
Asahi has the other Urshifuu... To the suprise of no one lol
Click to expand...

This pic's getting a bit overcrowded 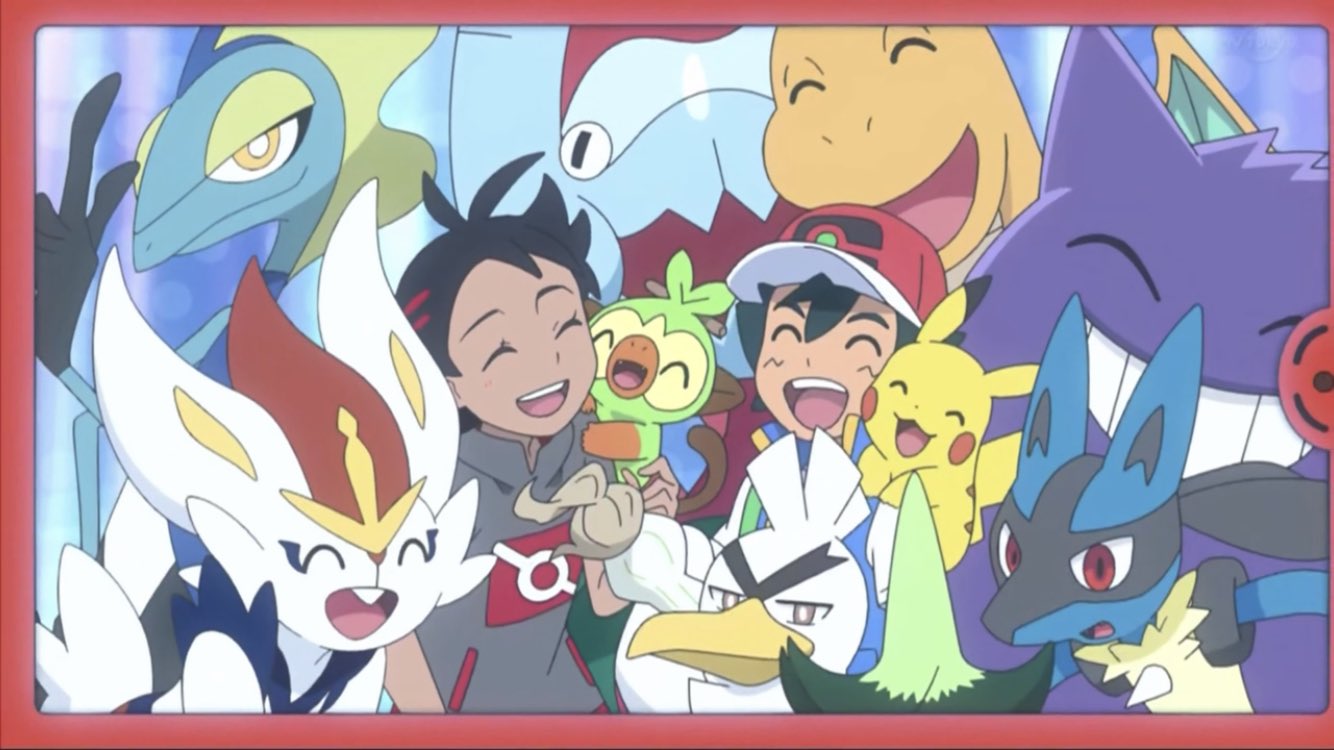 This pic's getting a bit overcrowded

I think a new OP plus a new way to show the team is prob a better way since the pic way that they’re using isn’t gonna last forever lul.

What'cha mean gacha rates are low? I want my 4 stars!​

Joltik-Kid said:
Man, if Go really does get all 3 fully evolved starters... that's just salt to why Ash didn't get the original 3 *sign
Click to expand...

Interestingly they've never had 3 fully evolved starters on a cast before. Closest was Hoenn but Mudkip only reached the Marshstomp stage
P

Here's hoping Ash comes across a Prinplup that he can evolve into an Empoleon. Maybe in the blue maniac episode? That way he'll finally have a full set. Wishful thinking, I know.
K

PokeStarWash said:
Here's hoping Ash comes across a Prinplup that he can evolve into an Empoleon. Maybe in the blue maniac episode? That way he'll finally have a full set. Wishful thinking, I know.
Click to expand...

What happen to the multiple Piplup that hatched in Sakuragi's lab? I can't believe Goh did not get one...
P

ibelinssj said:
What happen to the multiple Piplup that hatched in Sakuragi's lab? I can't believe Goh did not get one...
Click to expand...

Who knows? Maybe it'll come back up for the Winter arc.

Aleisterblack123 said:
If we get a backstory of how they got their Urshifu, It could inspire Ash and hopefully we can get a Kubfu arc for Ash.
Click to expand...

here's something else to consider assuming Ash and Goh both got one, recall that Ash dexed the Single strike form, if Goh dex's this one that might be an indicator of what form they take if they do get them.

regardless of IF they get them or not, Tsurugi and Asahi having them doesn't stop Ash and Goh from getting them if the writers so choose.

Joltik-Kid said:
Man, if Go really does get all 3 fully evolved starters... that's just salt to why Ash didn't get the original 3 *sign
Click to expand...

and unfortunately I can't see Bulbasaur or Squirtle going at this point unless they are forced too against their will, the latter more so since it has it's squad buddies, and it would stick out like a sore thumb if it evolved and they did not.

as far as other starters go for Ash, outside of his fully evolved reserves...

I suppose if Ash got a Piplup somehow and it evolved into Empoleon that would give him the whole Sinnoh starter set.

but it also wouldn't surprise me if Quilava, Oshawott and Rowlet came back and evolved due to the fact they are the starters of legends.

heck some theorize they could've potentially had different final forms, but who knows.

You people are crazy.
Ash isn't getting Piplup. Give it up.
M

Red and Blue said:
While it doesnt necessarily rule out Ash getting one or the other form I've pretty much lost interest in him getting one. I'm putting my hopes into Hisuian Growlithe now, lol
Click to expand...

I only wanted him to get one because I actually liked its designs but because I thought that it wouldn’t be a legendary Pokémon that would make him overpowered and I really want him to get a legendary, so I will gladly take Latias if it has a chance to join his team instead.
I actually like Hisuian Growlithe as well, but I want to see Arcanine’s form.

Pkjoan said:
I'm 100% sure that Koharu's Eevee is going to evolve into a new Eeveelution.
Click to expand...

It's best to just accept that it won't
I'll be happy if I'm wrong but after SM's saga and the release of SWSH, I'm just done caring about Eevee and just done wishing for that Dragon Eeveelution I always wanted as a kid, it's never gonna happen...


nuzamaki90 said:
Ash getting a Kubfu that doesn’t want to evolve but is just as strong as it’s evolutions is the kind of writing I yearn for in the Pokémon anime
Click to expand...

Not this series lol
I'd love for Ash to have a fully evolved team again, not counting what he has in reserve.

Evstike said:
You people are crazy.
Ash isn't getting Piplup. Give it up.
Click to expand...

Just like how some people said that he wasn’t getting a Dragonite in episode 10 or that they would never give him a Riolu/Lucario and yet here we are.

Look it’s fine if you personally don’t think Ash will get a Piplup , however the reality and fact of the matter is none of us here know which Pokémon Ash will or will not catch.

And no, it’s not crazy for people to suggest that Ash might get a Piplup especially when it’s already been established that Ash can catch get past gen Pokémon in this series, as well as Piplup being one of the starters that’s promotes BDSP, and on top of that Ash can’t doesn’t have any starters on his current team outside of Pikachu.