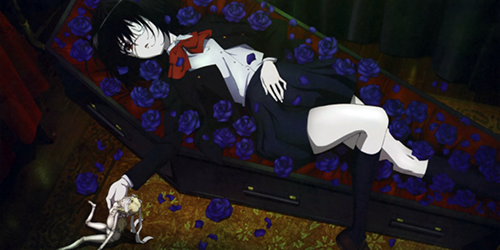 And with this the deadest era of survivor will end. We've lost all the tallyists, most of our voters and kinda the owners......but at least we now have a final 2!!!!

Togekiss misses out, so our finals will be between Mega Houndoom and Xerneas! Make sure to say who you want to win/lose.

Rules of the Game

There will be around 20 Pokémon at the beginning of every set. You will vote off your least favourite, and you will have ONE vote PER ROUND. Breaking this rule will cost you your vote for the round. You may change your vote, but you may only do it once per round, and you must state what your old vote is in the post. Then, the Pokémon who has the most votes at the end of the round is eliminated. All posts in this thread must relate strictly to the current events of the game, and if we deem a post as too off-topic or unrelated, the poster will receive up to a one week ban from the thread.

The Pokémon that wins the set gets added to the Winners Circle! When there are ten Pokémon in the Winners Circle, the same type of thing will happen. Once a winner is decided, it goes into the "Hall of Fame". Once 10 of that is made, it get's added to "Serebii.net Favourite".

If you want to see exactly how this game works, you can visit the previous two Survivor Games here or here.

Special Rounds
Now, this game would be no fun if you voted off Pokémon the same way round after round. So, there are a few special rounds that get added into the game to make things interesting. Here they are:

Finals - This is when two Pokémon are left. When this happens you have to be clear if you want the certain one to win or lose. If it is not clear enough, it will not be counted.

Twist Round - If one of the owners/co-owners puts in size 5 text, bolded, and underlined anything that has "twist" in its name that means there was the same amount of votes for two or more Pokémon. Then, both Pokémon get eliminated.

Saved Round - Once per game, at a random point, this will occur. During this round, you vote for your favorite Pokémon that is still in and the Pokémon with the most votes will be immune from voting against until the top 3. At the top 3, it will come back, and create the top 4.

Prediction Time - This round occurs during every first round of a set. In addition to your regular vote on who you want out, you predict who you think will win the entire set. If a person predicts correctly, they have the ability to automatically eliminate any Pokémon of their choice until the Top 10 begins. If multiple people predict correctly, they vote on who should be eliminated. You cannot participate if you can predict the future.

Abandon Round - This round can only occur before or during the Top 15. Instead of voting for your least favourite Pokémon, you select your favourite one, and that Pokémon is saved from elimination and cannot be selected by any other voter. When only one Pokémon in the set has not been selected, that one is eliminated. You may not switch your selection.

Countdown Round - This round can only occur during or after the Top 10 because having it any earlier would be a bitch for everybody. During this round, you rank all of the remaining Pokémon in the set from your favourite to your least favourite, and they are given points based on your ranking. The Pokémon that gets the most points is eliminated. Once you have posted your rankings, you may not make any changes to them.

It's now Finals Round! Make sure to specify who you want to win or lose!!!!

If you have any questions, don't hesitate to ask. Hope you enjoy the game! - Silent Conversation & Sir DJ

I vote MegaHound to win.

Armed with a Mind

Haven't been on this section of the forum for so long! Voting Xerneas to win

Xerneas for the win!

I'm alive too. Finals were in the way.

I don't think I can vote on this one.

The fall of Survivor can all be traced back to Blaziken getting into the Hall of Fame.