RileyXY1 said:
Mostly because the league isn't over yet, and I don't think that they would have Guzma beat both Ash and Gladion in SM137, which is the only scenario that I can see the league ending in that episode.
Click to expand...

Guy what does this have to do with the amount of episodes left for the series? This is an announcement for an event happening soon after it. Not worth to do a preview for the league and the rest of SM if there's a way more important event, the start of a new series, will happen shortly after it.

I am surprised where is the talks of ash getting retired coming from, if he didn't retired after DP and XY forget about now.

The sooner they announce SwSh the better. I'm ready to leave Alola

Well this will be interesting. Looking forward to next week.

There is no rule that says promotion of the next series can only begin after the league of the previous series ends. This wasn't true for DP, when BW was being promoted during the league. The fact that they mention a special announcement after SM137 is a sign that something big is likely going to happen, like a series announcement. The same thing happened in the summaries of XY135/136 as well I believe, and SM was revealed after those episodes aired. September is right around the time they would do a reveal as well, since SS is beginning in November. 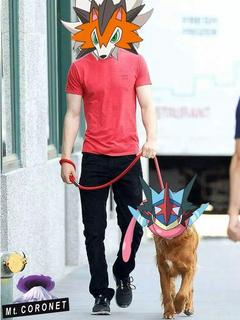 Well i have some issues with SM writing but i will miss the characters after ths series, the comaderie of SM companions or classmate (hatever you call it) was very good, not to mention ash's relation with kukui and burnet really looks like parents and child and better combo than delia and ash, as much as i like delia, sometimes it feels like delia just picked up ash from the reoadside when he was small kid.

You really like nessa do you. i hope for gloia as main girl with marnie as rival.

ash&charizardfan said:
You really like nessa do you. i hope for gloia as main girl with marnie as rival.
Click to expand...

Nessa and Sonia are acceptable choices

I dont know playable girls have gotten fa more focus and character development than gym leaders, well just compare dawn, may or serena to that of iris or misty, player girls got the better deal. Its the reason i always like player girl to be the main pokegirl.

I don't need another Misty or Iris in Nessa. I hope they'll never return making gym leader as female companions.

My guess is that they will either announce the new Sword and Shield anime or a special featuring Mohn. I think that is the only unresolved plot in Sun and Moon.

I hope neither Bea or Nessa are companions mainly because their summaries about them make them as interesting as dry paint. Don’t care much for Sonia either and the SS female protagonist looks boring design wise imo.

No we’ll get Magnolia as a companion this time. About time senior citizens get some representation!

Ok, the main theory is that the "major announcement" could be the new series. I'd say it's a fair guess and the one I'm thinking as well.

But then I wouldn't doubt if it's something related to SM or just the show in general. Sometimes Japan can hype some very mundane things (does anyone remember of CoroCoro back in the day of Gen VII news?)

Some of my guesses:

- Some hype of the final match of the league, possibly including a campaign merchandise or something of this sort. Maybe we'll get cameos of previous characters watching Ash's match?

- Countdown for the series finale, right down with the date for the last SM episode.

- Another change in timeslot. Unlikely, but you never know.

- A spin-off/mini series bridging SM and SwSh. Highly unlikely but we never know.

- A tease for what we are getting for the final episodes of SM.

- The naturally impossible option of a second anime series. That one I'm throwing just because hehe

- An air date for the next series. No title, poster or whatever. Just a date.
Goh Club Member. Are you a Goh fan? Come visit us! 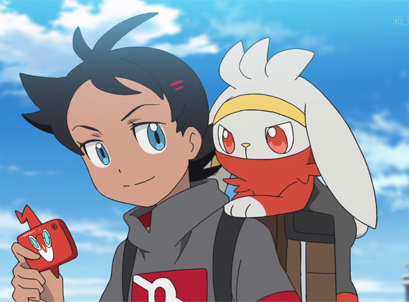 They did show a poster announcing SM in Corocoro before the first preview. We could get something like that next week

Red and Blue said:
They did show a poster announcing SM in Corocoro before the first preview. We could get something like that next week
Click to expand...

It would be too early, considering that the league would still be ongoing, and they haven't revealed the next saga before the league finished since DP.
I'm a young boy with a lot to prove.

The part of me who wants Victor on the main cast would love a combination of the DP and BW promos:

Show Victor (maybe with Gloria?) on an anime poster. Alone. No Ash, TR or whatever. Then bring the Ash reveal for a later date (maybe after the outcome of Alola League)
Goh Club Member. Are you a Goh fan? Come visit us!

"Critics who treat adult as a term of approval, instead of as a merely descriptive term, cannot be adult themselves" (CS.Lewis)
S

RileyXY1 said:
It would be too early, considering that the league would still be ongoing, and they haven't revealed the next saga before the league finished since DP.
Click to expand...

XY is really the only series so far where they waited until after the league to reveal the next saga... it doesn't really make sense to put BW in that group since the BW league was taking place a full year before the beginning of XY, so there would be no reason to tease XY that early given that the games hadn't even been revealed. Either way, it's something to look forward to.

I just wanna see Ash’s new outfit. Seeing him not wearing those fresh pair of PokeJordans has been so weird

Here's a full list of all the currently revealed characters that I can see as potential Ash companions: