Hello I have a ruling question. Does Captivating poke puff work if I have the roadblock sudowoodo on my bench.
D

I was wondering if anyone else has bought the Mimikyu Pin Set yet? And if you got some valuable cards in it? I just ordered my set and am pretty excited / waiting impatiently for it to arrive.
D

donavannj said:
So, basically, someone (or several someones, not sure where the vids came from) thought it'd be funny and posted some troll videos on social media stating the values of several cards to be way higher than they actually are, and the listing prices on eBay are still absurdly high because at least one of those videos claimed the Bill card was over $3000, which, despite being an obvious troll to those in the know, still roped in a lot of naive people, and those listing prices are the aftershocks of all those people who brought that troll's bait.

It's quite frankly annoying as a long-time collector that all of these new collectors got taken for a ride by a couple troll videos. The only card that I've seen in said videos that was actually worth anywhere near what the videos claimed is the Pikachu Illustrator card.
Click to expand...

Dang. I had no idea about these videos. Luckily I have been collecting Pokemon cards since they first came out and kind of have that knowledge on my side.
V

Hello everyone . Can someone give me pls. Redeem codes?i'll be so thankful!!!!!
V

Quick question, is it worth going to pre-release events? The entry fee is £23, but 7 packs more or less make your money back (7 Packs retail for £3 so £21) so it seems worth it based off that, plus any cool cards you get you can sell, just wondering what peoples exp at events like this are?

Should note I am casual player/collector.

Recently started collecting the cards again. Really wanting a secret rare charizard from burning shadows. I can buy a full box for 90$ us or I can just buy a single charizard card. Looking for suggestions. My max budget for a full art charizard is probably around 100$ us but I'm just wondering if anyone has any price predictions on charizard secret rares. Will price go up or down with the new series releases? Looking for advice from veteran collectors. Thanks in advance!

Hey, guys. Did you know why you think they never make anymore Pokémon cards of Greninja for the Pokémon Sun & Moon Trading Card Game set? Some people thought that Greninja was still popular among its fans.
Last edited: Jan 22, 2018

I have a question, are Mandrake boxes really worth the money? Hey, guys. Do you think that Dark Pokémon cards (opposite of Light Pokémon cards) were well-received or acclaimed by collectible card game journalism critics?

MiloticTwins said:
Hey, guys. Do you think that Dark Pokémon cards (opposite of Light Pokémon cards) were well-received or acclaimed by collectible card game journalism critics?
Click to expand...

Well, I might not know, but I do have quite a bunch of them (I have more Dark cards than Light ones since Light cards appeared only once) but they are worth collecting. That's what I think. My prides in both Dark and Light cards are Holo Dark Crobat and Holo Light Azumarill.

i found this small youtube channel i think you guys would appreciate, all about the cards and games.
L

I'm curious, is the VS Sabrina's Espeon card shiny? Or am I just seeing things funny.

Would Volt Switch of this poke work if I don't have electric poke on my bench? 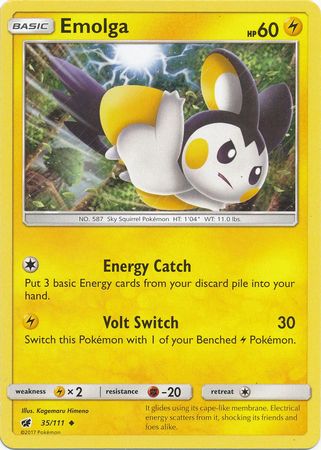 When putting cards in a SM deck that are from previous generations (but aren't banned), does it affect the teck's type (expanded and etc.)?

I've been out of the loop from the card game and I just wanted to ask what is the ideal deck type in the current Pokemon TCG metagame?

Hi! I want to buy the new set for the 25th anniversary.. But I don't understand if on this week they will be available in Italy.. Thanks

Ubermuk said:
I've been out of the loop from the card game and I just wanted to ask what is the ideal deck type in the current Pokemon TCG metagame?
Click to expand...

I just bought the Battle Academy set as it has three decks ready to be used and everything you need to play minus the Special Conditions markers. The decks can’t cause any Special Conditions but there are some good cards in them including GX. I haven’t found anyone to play the set with yet but it is all up to date with current TGC metagame.
"Hey! Don't pawn your trash on me!" Watchy Watchog

Ace and Aspie, for life and light!

Any idea why not all Mega Evolutions were made into cards? I was trying to complete a national Pokedex in card form, with all regionals and Megas, but some Megas were never turned into cards for some reason...
Alice in Wonderland: "I do seven impossible things before breakfast." Me: notices she didn't say "before caffeine"