Glaceon's homing ice is too much to deal with. It's like an eviler version of Zeraora's Wild Charge.

There was feedback survey once more. I already gave my feedback though. Well The feedback I gave was matchmaking fix, balances, changes, and nerfs on the pokemon, boss rush, player reports, and fashion and holowear tickets.

Anyway as of player reports, well You guys can't expect to play defensively after claiming zapdos and score since they made the idle report more harsh enough, you can't stay in and/or near the base so you'll have to patrol the goal zones also ppl can't evade this report at this point. so regardless of their complaints about this new idle report, it's gonna be on them for doing such action.

Looks like it's slightly harder to spot bots in Quick Battles because now their cards are customized with unique poses and backgrounds. However, it's still easy if you notice the speed at which they pick their Pokemon one by one and the timer falls to 10.

They made player reports a little harder on us now. It's not just the idle report, but also how we report other players. What happened was that When i was gonna make a player report for harassment reasons, i couldn't make that report because there was a message there when you make a player report that says "Trainers with inappropriate reports will get penalized" and i couldn't do it so I dunno if the harassment report specifies or counts inappropriate. The false reports are one thing i should know because any false reports will also get penalized. This message was fixed on that last update.

The other part is that I don't know what player reports count as inappropriate. I know inappropriate trainer names is one thing so players and trainers who has those kind of names will get their names changed by force, but not get their fair play points deducted.

Yeah it looks like it also Mew is an attacker, and scizor is an all-rounder. we're getting mew from the mural challenge though. it's probably the same deal as acquiring espeon, glaceon, and hoopa.

We wanna be careful about these new pokemon though. not only they tend to get overpowered, but they tend to be broken, bugged, and/or glitched so it will not be easy to play as them and/or deal with them.

Speaking of overpowered pokemon, I believe tyranitar's unite move, and buzzwole is on the nerf list. The reason on tyranitar's unite move is that it's a instant KO if a pokemon's HP is at certain point of their health which you can tell by the mark of the health and buzzwole on the other hand is too powerful per KOs due to ability and throwing you off that will prevent you from catching him and the teammates.

I don't see why they can't make these changes and fixes a priority more than releasing new pokemon and delaying them. If they attempt to rush it without any tests, the game can get buggy and glitchy and we have to wait.

My thoughts on these ruins:

So many hiding spots! You can virtually steal jungle mons from the foes since grass at the center is too close to their side.

Rayquaza not weakening goals makes things more strategic, because the losing side can attempt to stop the slayers from scoring goals. By the way, even if a foe lands on a goal while preparing to goal yourself, your load meter doesn't stop, so keep loading.

They should've made the ruins and stadium by player's choice so it's easier for us to play them just like the xmas themed stadium.

My thoughts on the update was that it was mistake for mr. mime to get a buff. it's been tough to beat them at this time. There was still no balances, changes, and nerfs that's been going on except tyranitar and others. The other part is that ppl are still demanding for the matchmaking to be fixed and fair for all of us and lastly, nerfing down the pokemon we wanted like greninja, and the speedsters.

By the way, in case that someone plays in Extreme against the trainer cards but you only have bots while using a free play ticket, you can just drop out from the battle and the ticket will not be used at any time before the end of it.

Well normally I just wait for the Estimated time to go by and then cancel the matchmaking. Legacy Trainer matches are meant to be done with live players and friends, but mostly on Friends if you're coordinating with them.

Besides the AI behavior on legacy trainer matches and boss rushes are terrible. that's what i've been finding. they need to make the behavior par up with you and other AIs.

The merge system needs to be addressed. 40% for silver to gold merge is ridiculous when all you lose is 100 coins per attempt. It took ten tries before one went through successfully. Both levels of merge should be 100% and not have this failure concept.

I believe aurachannelerchris does have a point there with sabeleye. My experience on fighting against them is overpowered and they hide and scores too much and not to mention they can be used as a counter-jungler if using the right emblems set (specifically yellow), and hold items along with X speed so apparently that stealth, thief, knock off, confuse ray, and unite move needs a nerf.

Not only sableye gets patched, but also other pokemon that needs a nerf such as zoroark's night slash and other speedsters that needs a nerf since it didn't do much to them and still remained overpowered. Same with mr. mime of course which it still deals chunk of damage.

What's worst is that the devs are making these matches much worst than before with these new pokemon and newly released pokemon shouldn't be used in ranked matches until 1 week after the release has passed so ppl can get a fair fighting chance.

Lastly, taking a look at the negative reviews from the smart device's app store is that matchmaking still needs to be fixed. I don't see why it's not fixed since the demands on the matchmaking fix remains high.

Getting to 1600 master rank rating isn't even worth the time at this current state of the game. It's been tough to work with randoms and attempted steals.

All we need is a dev's letter from them to tell us the truth, and shed some light on what's going on with the game.

If you guys haven't noticed the score rankings on rankings screen, my friend (and other ppl) were talking about those top3 guys with high score so taking a look at their records through uniteapi, it sounds to me that majority of those matches were bots and found out that they were hacking. I just hope they can get banned from the game. It's no bug or glitch, not normal so that's 1 thing we know about.

I agree this is getting out of hand

But Urshifu has been officially revealed via log in event to be coming 1st December
Avid Rowlet Fan. 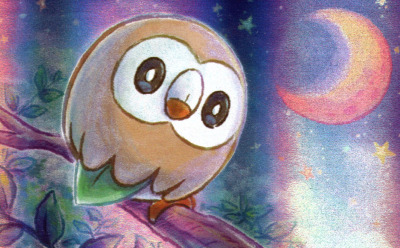 yeah upgrading emblems and grabbing emblems has been getting out of hand lately, but it's a RNG and gacha system. we have majority of the emblems except mew.

The devs needs to start listening to their players and the feedback. Every time they sent out a survey and questionnaire, nothing is being addressed with these issues and not giving us a fair match and fight. Every time they nerf the overpowered pokemon, they didn't even do much to these nerfs and nothing stops these ppl from using them so they're nerfing them at a small amounts and/or rate, but the issues with the overpowered pokemon became major and far more serious than before.

The others that they need to nerf down is score based hold items which is reset stacks on every death so ppl wouldn't get overpowered. X speed really needs a nerf since it's been overused and ppl have been using it to pick up speed to escape and run and that nerf on my nerf wish list is add a slow effect after the effect wears off or lower the effects duration and longer cooldown.

Lastly, giving us back remoat stadium in ranked matches or make the goals defenseless after ray is claimed rather than giving us shields because shields can break easily if hit hard enough or sableye's unite move.

Anyway I did hear that we're getting new hold items as well. i believe it was 3 items. 1 is a rapid-fire hold item and the other is the drain crown. not sure the last one was, but i'm pretty sure you guys should know.

Well i'm very disappointed about this update though. they didn't do anything to the matchmaking as if the demands on the fix still remains high. Not only that, but also draft mode only affects tournaments and custom battles, not both standard and ranked. Bottom line (or side) is that map for ranked match still remained the same, theia sky ruins as my friend reported. they should've given us a option to change maps for ranked matches.

Mr. mime's nerf is ok, but they still need to lower confusion's damage, knockback, and stun effects as if they're getting annoying and still deals a chunk of damage from reflect + confusion together.

Seems like Pokemon Unite will be adding or have added a gift system. The sad thing is, apparently you can only gift thing sthat can be bought with gems. Someone buy me the Ninja Style Decidueye
Avid Rowlet Fan.

There was an update for the game although i'm disappointed how they didn't nerf dodrio and urshifu. Another thing is that they gave out producer's / dev's letter so apparently changes are gonna be made to the game.

When I read the letter, i was like finally! those people will learn their lesson not to avoid the idle reports by not engaging in battles.

The matchmaking change however is very concerning, i don't see how that will help soloQ players out there because i know we always team up with and against people that are in groups since they're very well coordinated and then we ended up losing with and/or against them.
You must log in or register to reply here.
Share:
Facebook Twitter Reddit Pinterest Tumblr WhatsApp Email Share Link
Top