Welcome to the fifth installment of the Pokemon Anime Face-Off! I mean I likely won't keep this open for very long, but welcome anyway!

This is a thread where Face-Offs related to the Pokemon anime will be hosted. We host Face-Offs between the characters, episodes, seasons, battles and so on. Usually I'll host but other people can host their Face-Off ideas (or just make suggestions) here too as long as we're not playing more than one Face-Off at a time and you clearly state the rules and gameplay format.

General Rules and conduct
- No essays. I don't want my thread filling up with pointless debates anymore!
- All SPPF rules apply
- All rules to the current Face-Off (which will be linked at the top of this page when the game is ongoing) apply

The rules to whatever Face-Off we're currently playing will always be linked at the top of this post.

Finally, I don't mind people talking about the show here. As long as you join in the game as well, the thread can also kind of serve as a chill thread to talk about the anime without a specific set topic.

Completed Face-Offs and winners so far:

Time for me to oversaturate this section with anime **** even further, as if it needs that at all.

Rules
- Don't ask me to vote for something. I'm not participating lol so don't expect me to care much about this.
- Okay I care a little bit. Don't let Under The Alolan Moon win this
- No I'm not including chronicles or the movies leave me alone. Not robbed.
- No I'm not including Japanese songs or ending songs leave me alone. Not robbed.
- Wait exactly 2 hours or longer between voting.
- The deadline is April 13, 3:00 PM EST. If that already passed, you can't vote any more. And then I'm tallying
- The song with the most points after the tally (Assigned one for each upvote and deducted one for each downvote) is the winner and that's it game over go home you bother me. Even if it's a tie.
- Speaking of that, you upvote one song and downvote another. Seems easy enough right? Here's the format

They all begin at 0 points but the points can go into negatives
Last edited: Apr 8, 2019

Upvote Battle Cry (Stand Up)
Downvote Under the Alolan Moon

Upvoting This Dream
Downvoting Under the Alolan Sun

Under the Alolan Moon is just awful 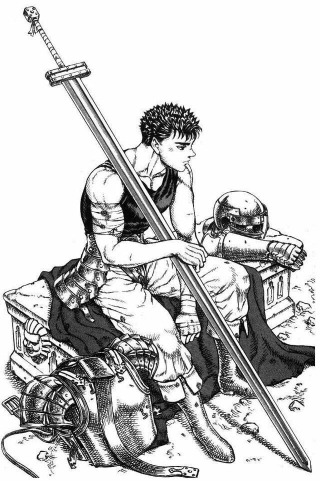 This Dream +
Under The Alolan Moon -

you can also vote like that too i guess, just as long at it's clear who you're upvoting and who you're downvoting

Battle Cry (Stand Up) +
Under the Alolan Moon -

Believe in Me +
Under the Alolan Moon -
"Come aboard and bring along all your hopes and dreams! Together we will find everything that we're looking for...........One Piece!"

Under the Alolan Moon -

Participating in this Face-Off just for Battle Cry (Stand Up). What an opening, Erin Bowman surely is amazing.

Pokemon Theme +
Under The Alolan Moon -

Pokemon Johto +
Under The Alolan Moon -

Born to be Winner +
We will be heroes -

This Dream +
Diamond and Pearl -

Born to be a Winner +
We will be heroes -

Under the Alolan Moon -