Explain a battle you'd love to see animated, regardless if it's already happened or not cause seeing it animated versus not animated makes all the difference! 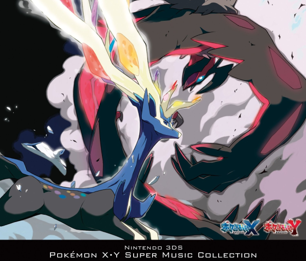 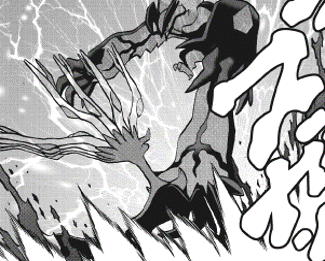 Xerneas vs. Yveltal. Now that is a battle I would like to see animated, especially the Adventures take on the battle between Xerneas and Yveltal which has a very interesting and key detail that makes it worth animating. Xerneas, the entity of life, and Yveltal, the entity of death, are on equal ground in terms of power and thus if they were to clash, it would be an endless battle of life and death causing the environment around them to be in a constant flux of living and dying.

Imagine yourself witnessing this battle of two giants and then seeing the beautiful forest near you being turned into a haunted forest by Yveltal and back into a beautiful forest by Xerneas repeatedly over and over again or seeing the windy green plains being turned into a deserted wasteland by Yveltal and back into the green plains by Xerneas repeatedly over and over again. Imagine the environment being animated in an endless constant cycle of life and death until Xerneas and Yveltal decide to stop fighting. That is why I think Xerneas's and Yveltal's battle is worth animating, especially the Adventures take, because you would not only see two giants duking out being animated but you would also see the environment around them being animated into a constant cycle of life and death.

Wally vs. the RSE/ORAS PC at the end of Victory Road

Seeing how the characters interact with the environment alone would be worth it.
"Everyone creates the thing they dread. Men of peace create engines of war. Invaders create Avengers. People create... smaller people? Er... children! I lost the word there. Children. Designed to supplant them. To help them end."

U.N. Owen said:
Wally vs. the RSE/ORAS PC at the end of Victory Road

Seeing how the characters interact with the environment alone would be worth it.
Click to expand...

Personally I have to go with ORAS for the entirely new setting, the flower fields you often see in old Samurai movies where two lone Samurais have a duel.

Perfect Zygarde vs ultra necrozma like in the manga. Imagine the potential, the power, the atmosphere, the goosebumps.
Last edited: Nov 12, 2019

N vs Hilda (not Hilbert!) At N's castle after Team Plasma takes over the Unova League.
Lillie Fan Club

My head is questioning a lot what counts as spoilers or not. After thinking about it, could you post that under spoilers? That's not a match up a lot of people are expecting even though those two are in the games and that's recent. You could argue about the one I posted about Xerneas and Yveltal but unlike Gen 7, they are boxart mascots expected to duke it out.

The battle between the protagonists of OR/AS and Higana is one of the battles from the games that was never animated as far as I remember, so I'd love to see that. Also any battle involving one of the Battle Chatelaines since I'm fond of those characters, yet they never appeared in the anime.

Leonhart said:
The battle between the protagonists of OR/AS and Higana is one of the battles from the games that was never animated as far as I remember, so I'd love to see that. Also any battle involving one of the Battle Chatelaines since I'm fond of those characters, yet they never appeared in the anime.
Click to expand...

Or the manga for that matter

A Pokemon battle that I've always wanted to see animated is Groudon vs. Kyogre in Sootopolis City just like in the games. Anyone who has read the Pokemon Adventures's take on Groudon vs. Kyogre knows that there is a sheer difference of just seeing two giant kaiju-Pokemon duking out in a beautiful marble city full of people and surrounded by ocean as opposed to having the battle take place in the middle of nowhere where nothing has an impact. To this day, I have never seen Groudon and Kyogre animated the way it should've been from the games. I want to see the animation of their destructive powers leveling down the beautiful marble city into a rubble more and more resembling the old meteor crator, the populace fleeing in terror as the audience sees Groudon in the background, roaming around the city like a Godzilla movie, the surrounding seas itself are animated violently moving around the crater as rain drizzles across vast volumes of dark water almost as if the apocalypse is knocking on your door. Seeing all this chaos and terror animated, you soon realize the true villains of Gen 3 were never Maxie & Archie but actually Groudon and Kyogre themselves, forces of nature who have an insatiable bloodlust for battle that they ignore both people and Pokemon like they are puny ants to them. Never once you see their eyes focus on the masses, just looking eagerly at their respective ancient rivals. You also not only see people flee in terror but also people coming up with different solutions to stop the chaos only to see the expressions of their faces saying it's all hopeless, this may really be the end as one person acts to awaken Rayquaza, their very last hope, slumbering behind the dense mist of Sky Pillar. You don't know what Hoenn's last hope truly looks like with all that mist, only a massive shadowy shape slithering through the air like a snake that is even bigger than Kyogre and Groudon but it is the moment that Rayquaza emerges from the mist, the moment he arrives to the scene of battle, his appearance of a sleek sky-high dragon flying above the oceans and lands shouts that "I have come to cancel the apocalypse!"

All of this should be animated in a way that can't be simply explained by words, by exposition, by Brock. Groudon vs. Kyogre has to be animated in a way where you experience the despair, the chaos, the destruction, seeing the animation of Sootopolis city fall apart to rubble as the seas grows and rage on around it, the rain pouring against land and sea as Pokemon quickly flee to look for shelter and at the end of it all, you see the stakes of it all building up to truly something world-ending only to see it come to a halting stop when a dragon towering the heavens arrives and it is there you start to realize, Hoenn's hopes are riding on the back of that dragon. And that is how Groudon vs. Kyogre should've been animated folks. A Kaiju battle in Sootopolis City... starring Shenron.
Last edited: Nov 13, 2019

Well, we DID get to see Xerneas vs Yveltal............but it was pretty much just a staredown and then Diancie came and............IDK, M17 wasn't really memorable. Anyways, I hope we get to see a battle between two champions at some point, it's surprising we haven't had one yet. Also, I think SME act 3 was a great representation of GvK, though yeah, it would've been better if it was in a city
"Now that I see that you're up ahead waiting there...Hold on for me"

mehmeh1 said:
Well, we DID get to see Xerneas vs Yveltal............but it was pretty much just a staredown and then Diancie came and............IDK, M17 wasn't really memorable. Anyways, I hope we get to see a battle between two champions at some point, it's surprising we haven't had one yet. Also, I think SME act 3 was a great representation of GvK, though yeah, it would've been better if it was in a city
Click to expand...

You know what's weirder than realizing you never seen two Pokemon Champions fight in the anime? Who remember that little TFS joke making a bunch of Dragon Ball fans come to a shocking realization that Piccolo and Vegeta never actually fought?

Yup. I just realized this months ago, Green & Blue never actually fought. Isn't that just weird thinking about it? Now that's a battle I would like to see. It doesn't even to be the games or manga, it can be the anime's take on the mischievously funny Green battling Gary or even Ash.

Youngster Joey's Rattata vs. any of the Johto starters

Emboar vs Blaziken vs Infernape in a battle royale then maybe throw in Incineroar or Delphi just for the heck of it.

A proper adaptation of Red and Green's Championship battle

Or any Champion battle for that matter
Click to expand...

For me personally, I'd like to see Pokemon Adventures Red and Green's Championship battle animated and expanded upon but when I say expanded upon, I don't just mean a full 6v6 battle but also a look back at those experimental Gen 1 mechanics. I'm talking about how Ice bypasses Fire-types, Electric-types can get paralyzed, speed = crits, that sort of thing. This is a Gen 1 adaptation of the 90s so to do it right I say, you should adapt those same Gen 1 mechanics that are long gone.

Not only that but I feel Origins failed because of a lack of buildup in Red and Green's relationship. That's where Pokemon Adventures succeed where Origins greatly fails, the fact that in Pokemon Adventures, you really do believe that Red & Green were rivals who were annoyed of each other only to later at the end respect and learn from each other. Another thing I feel Origins failed in is to display the different battle styles of Red & Green. In the Adventures manga, Green pays more closely to the rules, think a Smogon player, but Red thinks outside of the box and thus the finishing blow to Green's Charizard is pretty shocking but also a satisfying conclusion to the Red vs. Green Championship. This would be an awesome battle to see animated but without the buildup though, this would be like a best moments OVA of the Pokemon Adventures manga
Last edited: Nov 18, 2019

A rematch with Tobias would be great especially if he uses a Mega Latios and this could give us an excuse to see Ashs best team.

A battle that I'd really like to see animated and expanded upon is Pokemon Champion Cynthia vs. Cyrus from Pokemon Adventures because what's surprising about this fight is that you really don't know who is going to win as Cyrus proves to be a tough match for Cynthia in a fair Pokemon battle, his Pokemon one-shotting or outwitting the Champion's Pokemon and you see the Champion a little worried that the result might not turn out well and you think to yourself "Can Cynthia win this?" instead of "Cynthia is going to win this." like the anime.

Or any Champion battle for that matter
Click to expand...

I agree that a proper battle between Red and Green seems overdue. I think that Generations would've been the ideal place to showcase that match, although the short run-time of those shorts might've made it difficult. I'd also like to see a full match between Shirona and one of Shinou's Four Heavenly Kings.

Emboar_Rulez said:
A rematch with Tobias would be great especially if he uses a Mega Latios and this could give us an excuse to see Ashs best team.
Click to expand...